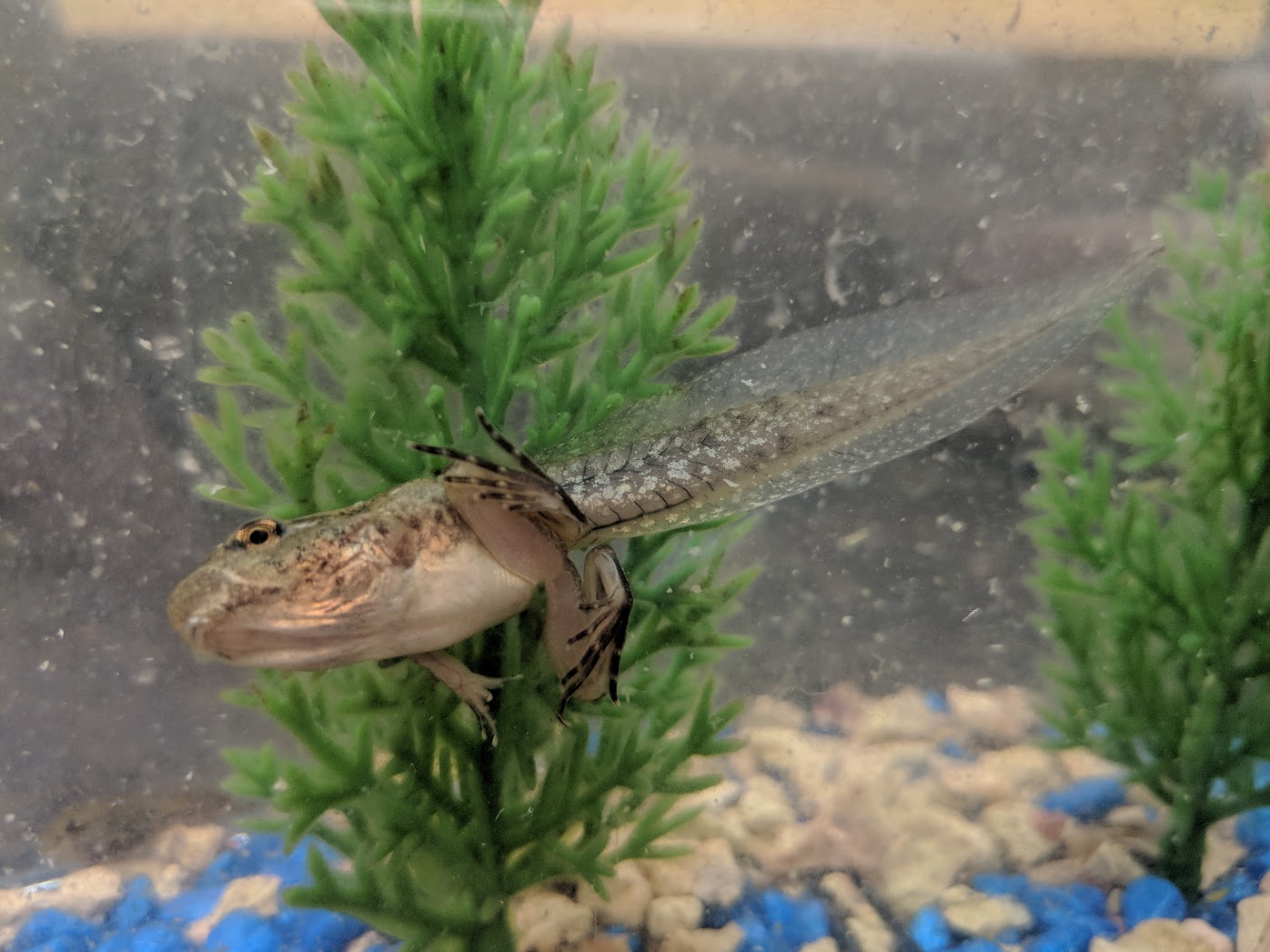 I thought we might get a break from pulling cable today, and I was at least partly right. Amanda called in after what we had to go through yesterday, and evidently Jason and Allen didn’t get anywhere near finished with Sequoyah, so they wanted me to come help them finish it. I had some things to do for summer school though, so I went to Oakland first to take care of that. I checked on the tadpoles while I was there, and was greeted with a wave.

When I finally got to Sequoyah, I saved the day by fixing where the cable boxes were to reduce friction, and also punched a bunch of cables through a wall that Jason couldn’t seem to get through. We finished up there, and I don’t even know how much excess cable they pulled, but it was a frustrating amount. It’s almost as if they had never done it before. I fished the ends through where they needed to be, then let them finish up after lunch.

We had lunch at Dairy Queen, and Summer met us there just to stare at me. I’m now remembering that I had forgotten to get my 99 cent cheese sticks from Sonic in the afternoon. After lunch, I was instructed to go get serial numbers from 108 iPads so we could deploy a paid app to them for summer school. Gary volunteered to help, and we managed to knock out 85 in about two and a half hours. So many frustrating things could have been completely avoided with some better management, preparedness, and maybe a dash of testing things before committing to them and demanding resolutions at the last minute.

After work, I went by Superfast to get Summer because they were looking at her air conditioner again. We made it home and I started some laundry before having to go to her house to pick up something for her neck pain. Back home, I managed to get one round of PUBG in before server maintenance, and then it was off to bed.