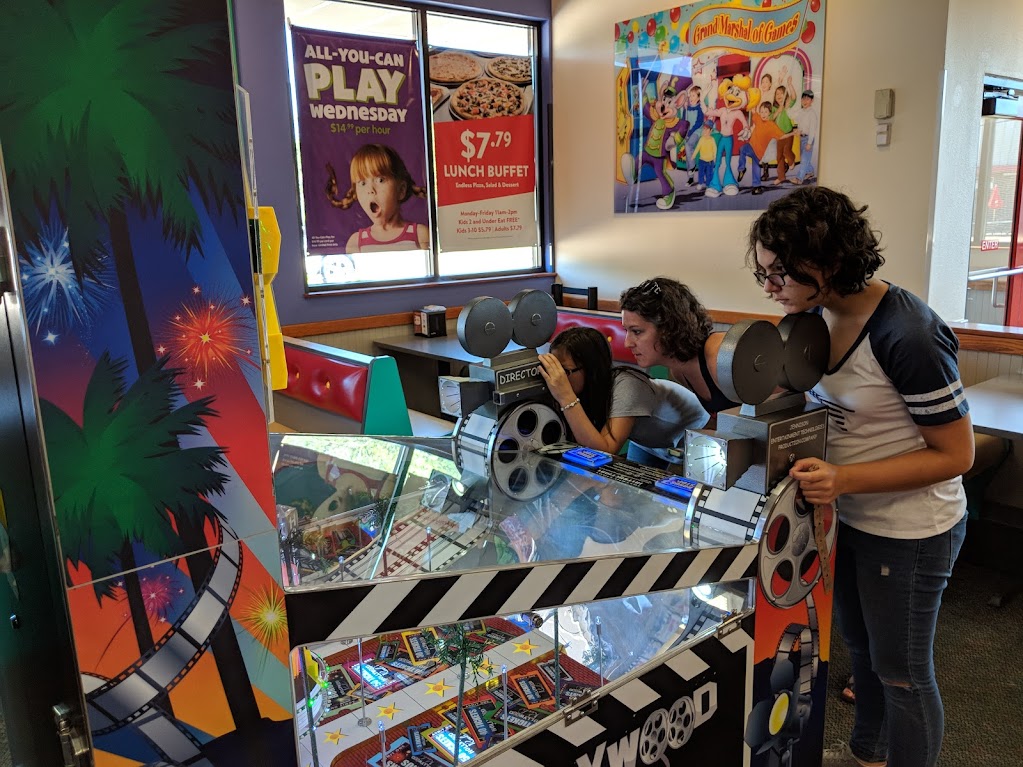 We got to play real-life Tetris today, except none of the luggage disappeared when I got it perfectly loaded into the trunk of the Murano. I’m still not entirely sure how I got everything to fit. I think it was mostly the soft stuff that filled the odd empty spaces. I should invent amorphous luggage.

Once we got everything loaded up, we stopped by Boston Store in the mall to search for deals. I kept getting stuck on dress shirts and jackets, first because non-universal sizing is ridiculous, and then because even at 60% off, some of the prices were still super outlandish. I dig a brand-name thing occasionally, but not for the things I was finding. I did actually end up finding a great deal on a puffy Nautica coat and a Chromecast Ultra. I wished the store was closer to home so I could really spend some time there finding the best deals.

When we finished shopping, Eaddie decided she wanted to go to Chuck E. Cheese’s for her birthday. It wasn’t quite as nostalgic as I thought it might be. I think it was mostly due to the location. It was, however, a great time once we got past the eating. They have a new system for gaming where you just get a certain amount of time instead of having to spend a finite number of tokens. I think the whole experience actually lost something for not having the tokens, but at least they kept paper tickets.

From there, we headed out of town, stopping by a Harbor Freight to pick up a locking hitch pin. We made it to Chicagoland in just about the amount of time Google Maps stated, and with only minimal cursing over toll roads. Overall I think I’m just glad we didn’t die while following other traffic at 20 over the limit. Years of offensive driving habits prepared me for this.

You can’t show people how many you are anymore!