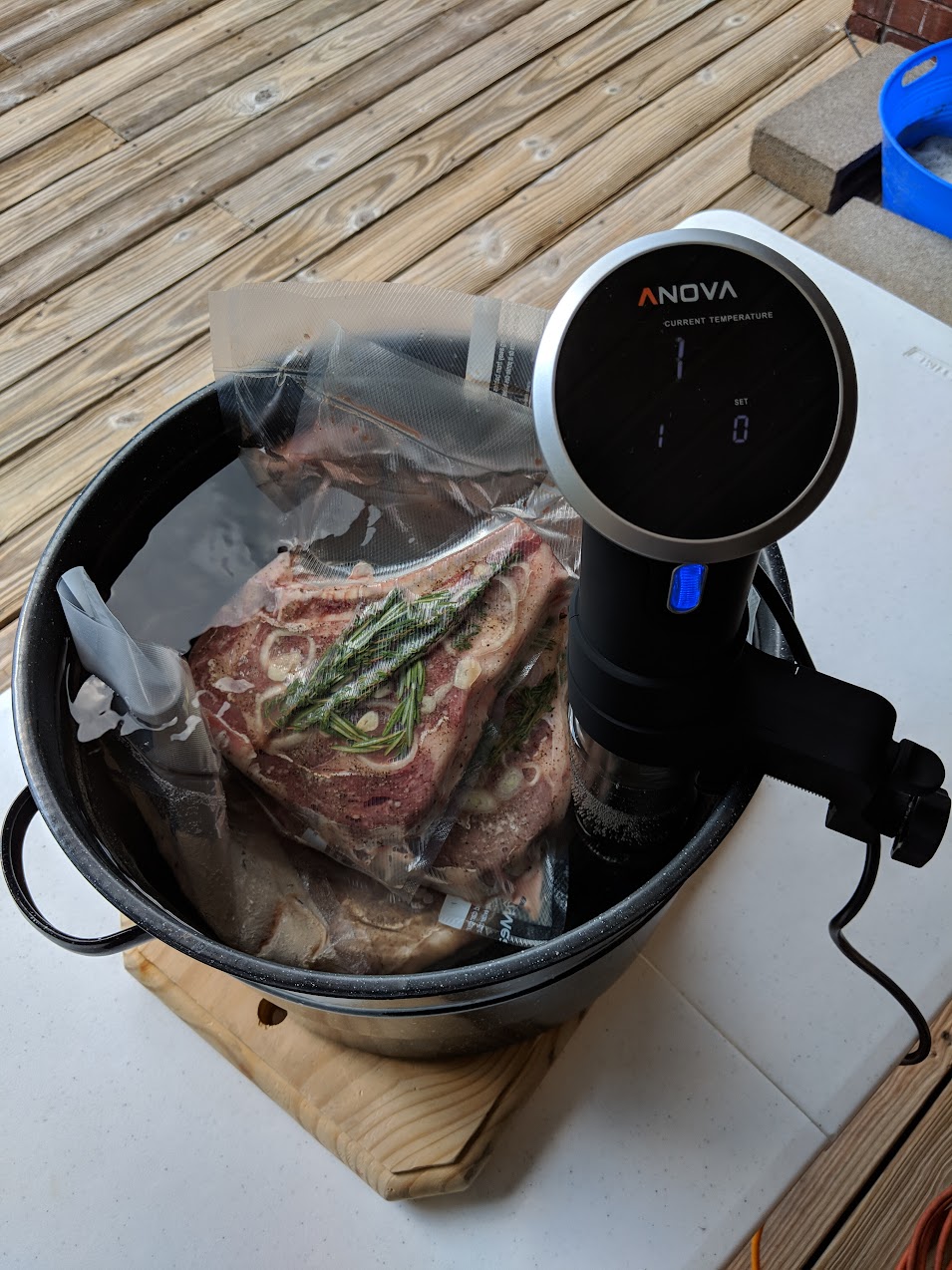 We slept in a bit this morning, but not too much considering when I went to bed. Summer made a few pancakes for breakfast before we headed to Walmart to pick up the things for my first attempt at some sous-vide ribeyes. Autumn wanted to go to her grandparents’ house, so Summer dropped her off while I got the potatoes baking.

Once I had that started, we packed everything up and headed to my parents’ house to re-learn how to cook a steak. Mom started fussing over cooking things differently, so I left a couple steaks out for her to grill traditionally. The rest were salt and peppered, then vacuum sealed with some shallots, garlic, rosemary, and thyme. I had never used my vacuum sealer before either, so that was a little bit of a learning process. Overall everything went pretty well, though. As soon as I finished sealing everything and dropping it into the water, it was time to go home and get the baked potatoes. 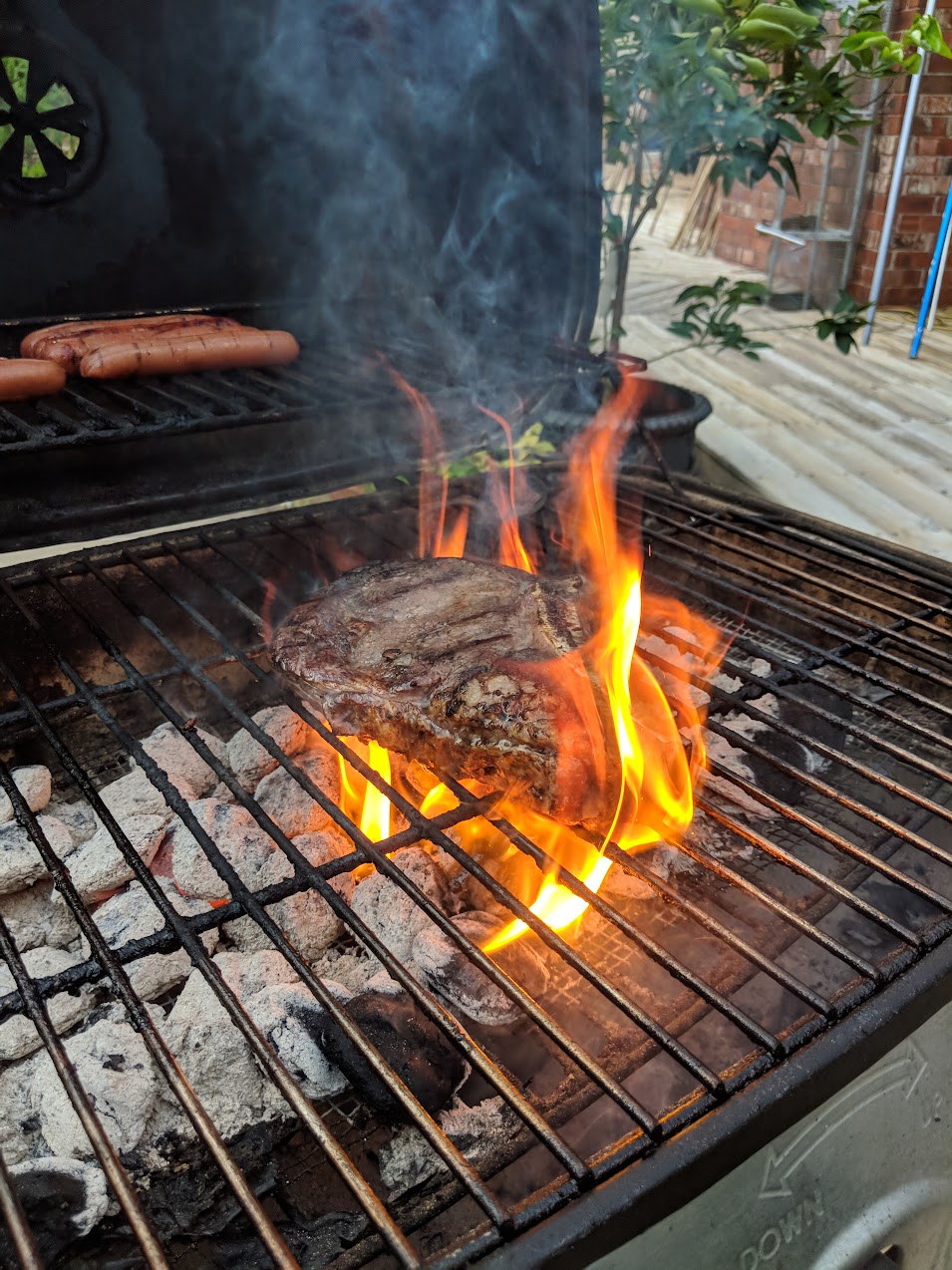 I brought the potatoes back to my parents’ house and gutted them for twice-baked potatoes. They turned out really great, but the steaks were the real belle of the ball. After two hours at 138ºF, I pulled the steaks out and finished two of them on a hot cast-iron griddle in the kitchen. The high heat and butter smoked up the whole house almost instantly, so I moved that step outside to the charcoal grill instead. It didn’t finish them quite as perfectly, but it worked and I didn’t have to worry about airing out the house or burning my lungs with all the smoke. Next time I think I’ll cook the steaks at a slightly lower temperature, but these turned out pretty great. I definitely need to season them earlier, and probably with more seasoning next time, but overall I think it was an excellent first try. I can’t wait to try it again to see how I can improve. 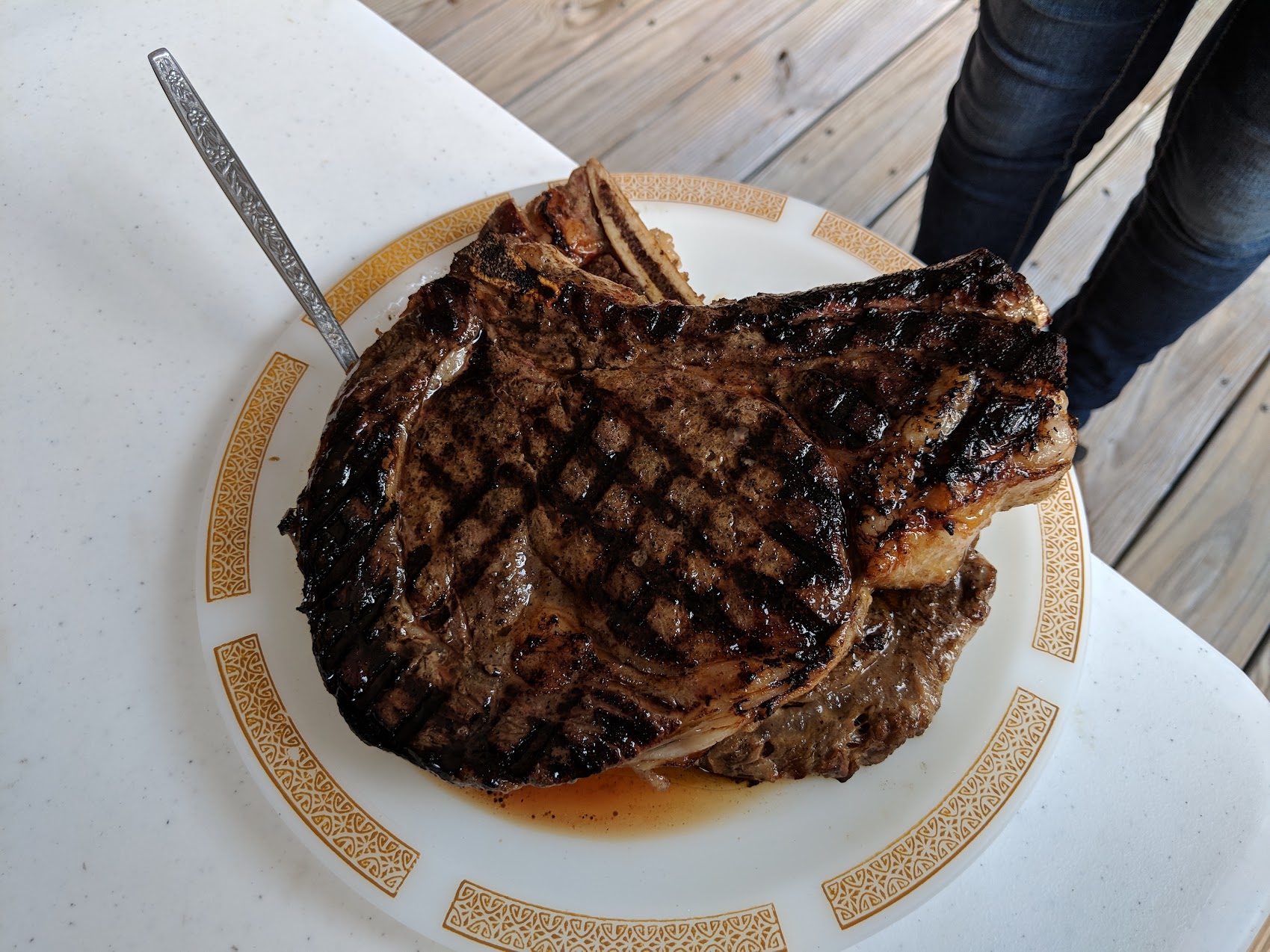 After dinner, I took the girls home to pack some things, then met them back to my place for the evening.

Now if I could just figure out where the rest of my weekend went, I’d be in good shape.