I feel like the new school year is coming faster than I’m prepared for. I still have two labs worth of laptops to take care of on top of the usual setting everyone’s computer back up so they can get back to work. I was excited that I’d get the morning to take care of my own things. That’s about the time Allen asked for help mounting panduit on the walls at his campus. He loaded the entire toolbox into the truck to do this. I had to run to the junior high pretty immediately to take care of a surprise-fried computer, but I called him as soon as I was done. He was sitting in the truck waiting for me to help him unload the toolbox, even though all he really needed was a hacksaw. When I got there, he was parked on the wrong side of the building at the far end of the parking lot. Him saying it wouldn’t hurt me to walk just about set the tone for the rest of the day. No rest for my possibly-fractured foot today.

We spent most of the morning taking care of two panduit runs and then one internal wall run where he cut the pull line I was planning to leave in place for the future. It just kept getting dumber from there, and it was immensely frustrating, but I had to just laugh it off. To care too much there is to drive oneself mad. I spent what little time I had left before lunch at Oakland and tried to take care of a couple work orders. I got tied up with the librarian there, so I didn’t even get to leave lunch until 10 minutes late, so I ended up just going home for a couple slices of leftover pizza.

When I got back to work, we went upstairs to build a few laptop carts, not quite certain how many we needed to build and with what quantity of laptops in each. It mostly didn’t matter, though, because the cables were tied directly to a circuit board, and we maxed out the connections. When we finished, we loaded up two trucks worth of TVs, again for the middle school, and headed to start mounting them. Jason made a comment about mounting them tomorrow, and I scolded him into admitting that we could “probably get one” done before quitting time. 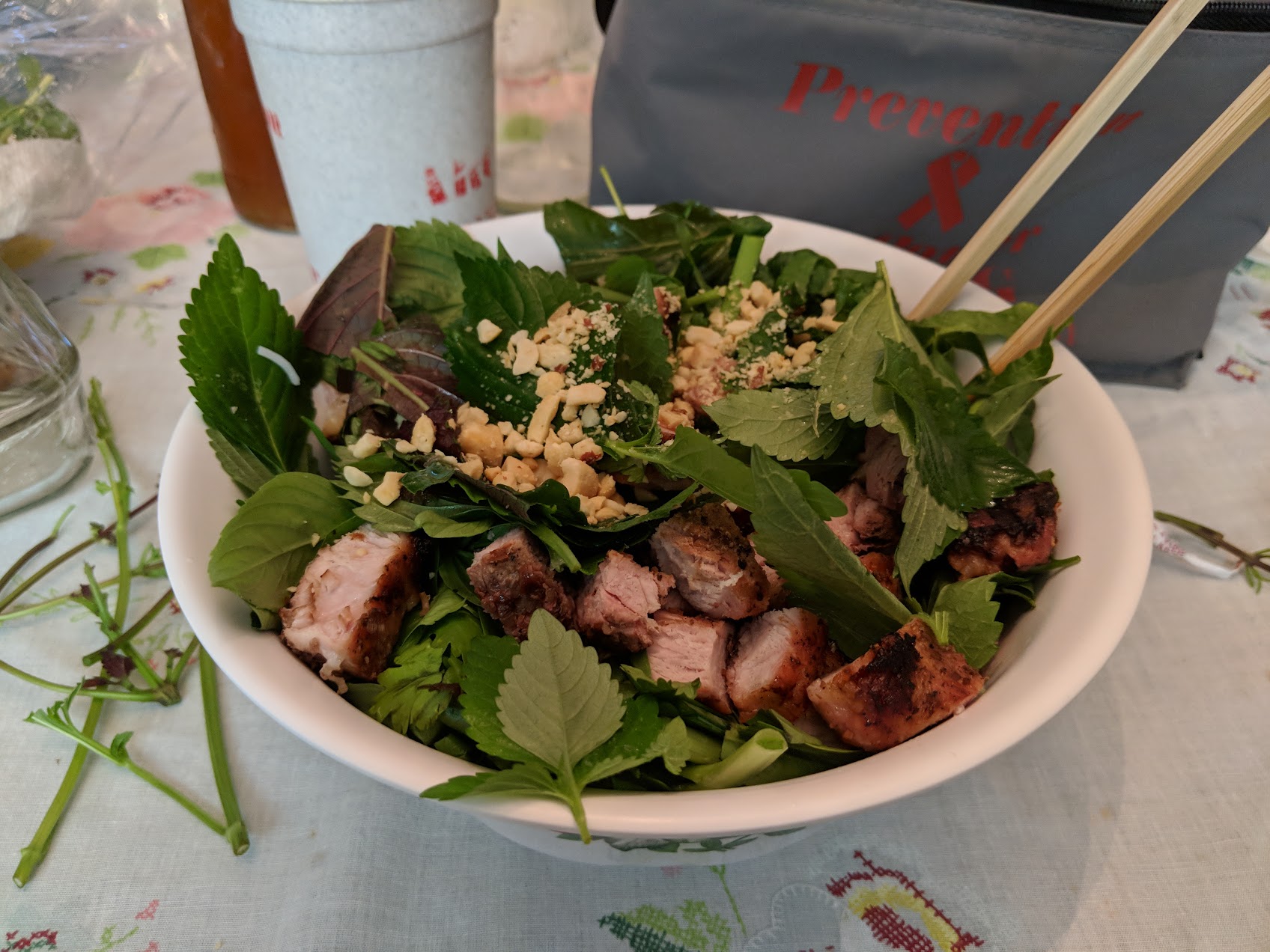 We had to wait at the front door with our load until Dale, Ryan, and Amanda finished unloading theirs and brought us the dolly. While we waited, I started to unload the truck, and Jason made a comment about not wanting to have to lift all the boxes twice in order to get them inside, even though I really didn’t add any extra steps. He was content to lean against the truck and watch me work, so I told him to run inside and find Allen, who was still trying to get two dual monitors working since I left him before lunch. I was finally afforded the silence to unload the entire truck by myself. Once we got everything inside, we managed to mount four TVs before heading back to the shop. On the way to the dumpster, I lost a box in the road, which just frustrated me more after I was made fun of for packing trash the way I do.

After work, I came home and waited for a long-winded Summer to get there so we could go to my parents’ house for dinner. We had a nice talk, then went to eat some bún thịt nướng. She did really great with the chopsticks. We killed a bit of time while a small storm rolled through, then went to the shop to pick up some scrap that I wanted to play with before it was sent to recycling. I feel like a crazy person, and most at work would probably agree, but this type of equipment still has a lot of novelty to me.

Break out the red ink.