It’s the last week before school starts, and we’re still occupied with summer projects. I spent most of the morning delivering Chromebook carts with Dale and Amanda. It was a bit aggravating to fully indispose three people for such a task, but such is life in the district. I’d had enough when it came time to deliver a single tech tub with five Chromebooks to my elementary campus while towing a trailer and two extra bodies, so I had them drop me off at my car.

I was just in time to help unload a short pallet of laptops for Jason. I would have thought we would finish imaging mine before he started unboxing his, but the moment I touched my boxes, he had Allen help him unbox all of his and stack them up under one another in all of the imaging stations in the shop. I managed to squeak four extra lines in and ran power so I could continue imaging my own, but it was super frustrating that he had come along and disconnected mine when I was already two thirds done. 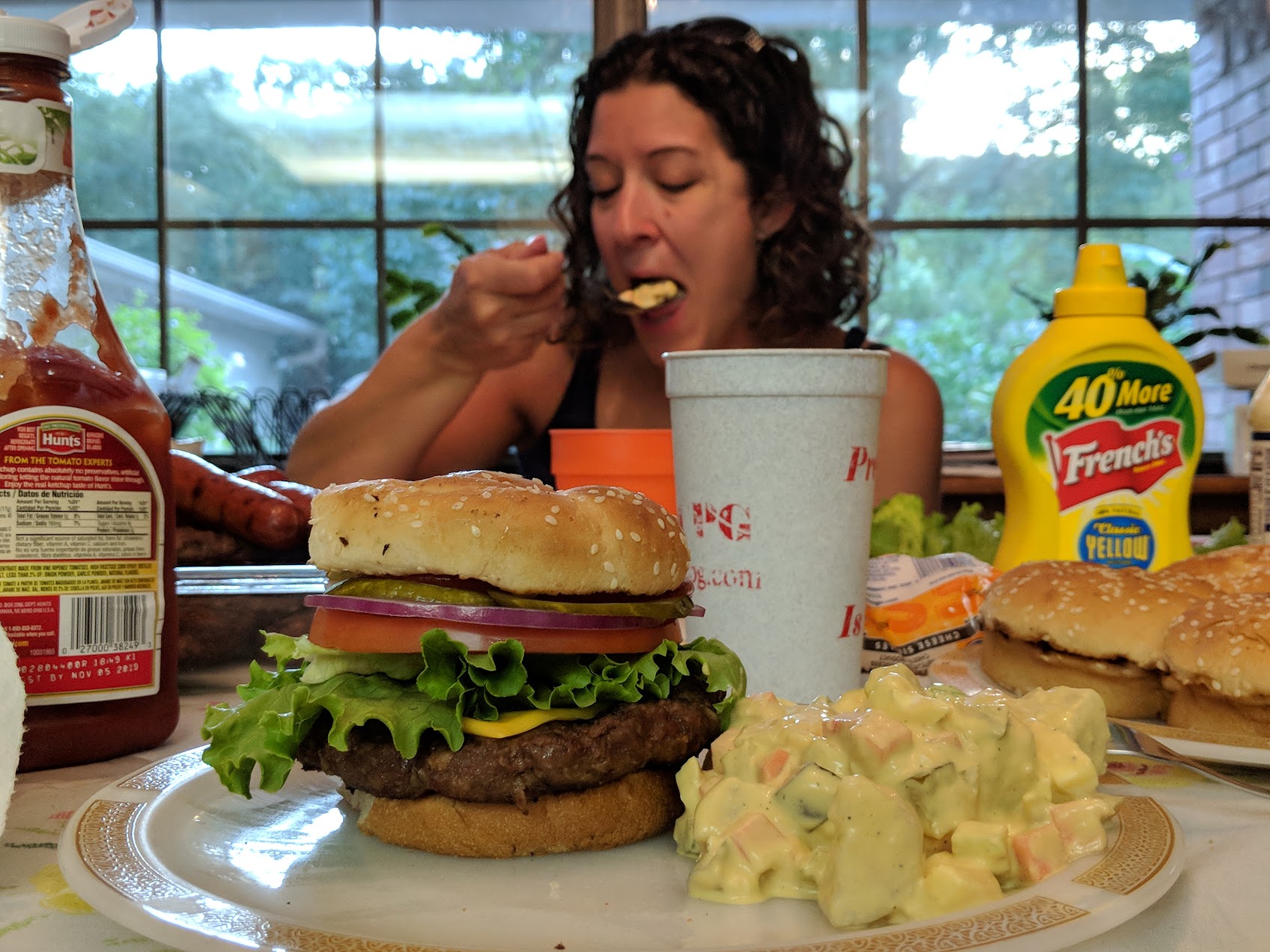 Everyone expected to have to go to a presentation with Ben in the afternoon to learn how we would work with non-touch displays in the classroom, but I opted out since all of my teachers were good with the change. Dale, Allen, and I went to Subway for lunch early though, so the two of them could go. When I got back, I continued imaging all of the laptops, both mine and Jason’s, so he could take Amanda to do something else.

Zach insists it’s like this every year, but I maintain my belief that this is worse than last year. He says everyone always stresses out and hates each other, and that I was just working with the rose-colored glasses of being newly hired. Maybe that’s true in that last year I was more willing to just follow orders, but this year I’m really feeling the burn of my coworkers’ knack for slack.

After work, I stopped by the house briefly before heading to my parents’ to grill hamburgers. Dad already had everything ready to go, so I just had to patty the meat and throw it on the grill. Summer got there just as I finished grilling everything. I was pretty happy with how they turned out, though the buns could have been bigger, or else the patties smaller.

When we finished eating, we ran by JCPenney to spend some rewards cash that was due to expire soon, then headed home for bed.

P for Pie is somehow disappointing.