I haven’t felt even close to 100% all day, and there’s always some thing or another gnawing at my brain. I had quite a bit of trouble getting out of bed this morning, but finally made my way to Oakland to play catch-up from the end of last week.

When I got back to the Gardner building, I wandered upstairs to check out the maintenance guys’ progress on gutting the auditorium seating. They were tearing everything out to haul to the scrap yard. I had, and still have strong urges to salvage a couple rows of seating to build a proper home theater. They told me to take all I wanted, but in the end I told Wesley I wouldn’t take any because I have too many higher priority projects that I’m already having trouble starting.

It would have been a pretty amazing opportunity to restore some of those seats, and they were infinitely customizable. I could have built a multi-level seating area and had a real home theater with as many seats as I could physically fit. In the end, I had to make the tough choice not to get any because I wasn’t sure that aligned with the best possible endgame – not to mention simply not having any more physical storage for something like that. Still, it felt like such a shame to let it go to scrap metal.

Insides in knots from my decision to pass up on the seating, I went to Taco John’s to redeem a reward for a combo meal. At least lunch was free today. Then I spent the afternoon at the junior high picking at random work orders to close. 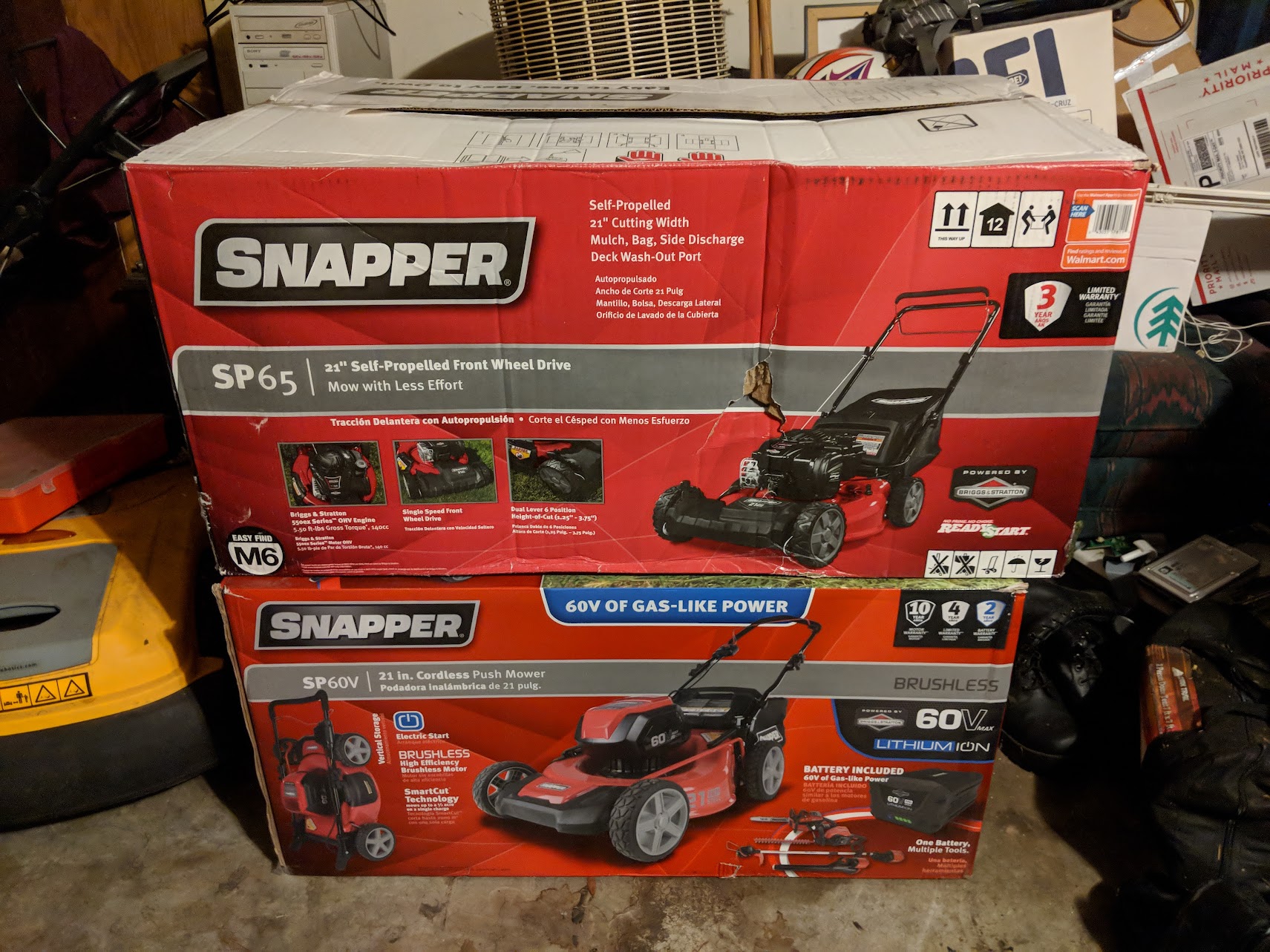 After work, I went to Walmart to try Ronda’s suggestion of haggling with a manager for the electric lawn mowers. I was again conflicted, asking myself why I was there to buy a lawn mower at all. I hadn’t even mowed my lawn in years, but depending on where you look, they were originally $478, $358, or $250. The local store had them for $199.99, and with only two left, I had some dire need to have them both for under $200. They called a CSM out to help, and she said she could only do $300 for the pair. I started to text Summer for feedback, and she came down to $275, then just as quickly to $250 for both, which I accepted. I guess this was my motivation to start mowing.

From there, I went to Summer’s for some leftovers before heading home for the night. That was when I realized that the manager had actually scanned two of the gas powered mowers on my receipt, and had the maintenance guy load one of each into my car. It was an easy mistake to make with the way they were stacked on the shelf, so I guess I’ll have to go back tomorrow to correct it. It’ll be interesting to see if I can talk them into giving me a refund on top of the exchange to get my price below $200 like I wanted.

Josh, Aaron, and Justine were online when I sat down at the computer, so I played a couple really quick rounds of PUBG with them before heading to bed. With any luck, I won’t keep myself up by thinking about all those theater seats going to waste.

Where do you see yourself in five years?