Last night and some of this morning, my arms were super sore from the ride to Fayetteville. I haven’t had a passenger along for a ride like that in so many years, and it really changes the entire experience. I had such a blast, but I was dead. Sleeping late helped a bunch. I eventually got around and cleaned my fish tank and took a shower. Shortly thereafter, Summer and Noah showed up to go to their 5k in Clarksville.

I hadn’t eaten much of anything all day, so we stopped at McDonald’s in Clarksville before I dropped them off to race. Then we drove to a couple different places because we weren’t entirely sure where the event was held. Eventually we found it at Cline Park, and it looked to be a pretty small turnout. Summer ran up to the registration pavilion while everyone was lined up ready to race. The girl on the microphone didn’t seem to have any idea how to describe the route to the runners, and eventually just told everyone to follow the person in front of them. Just as the runners took off, Summer ran back to the car and dumped their bags off with me and then took off with Noah. Curious, I looked up how many calories they would burn in the race. I estimated around 600 for both of them combined. Meanwhile, I was sat in the car with my Big Mac and caramel frappé clocking in at roughly 1,210 calories. 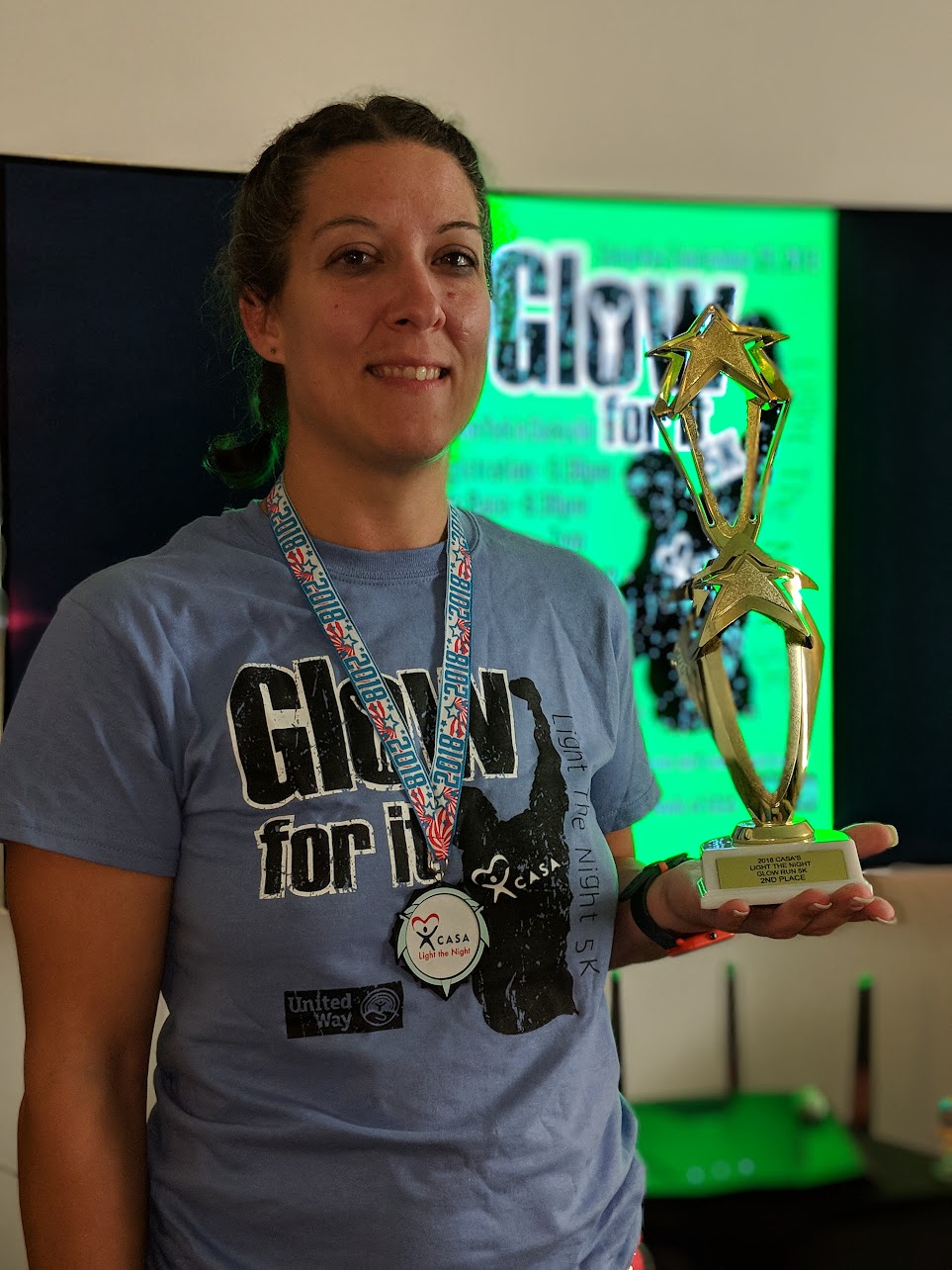 After I finished eating and the first couple runners finished, I started to wander around a bit. It only took them about 20 minutes, and I figured Summer wouldn’t be too far behind, so I posted up in the back of my car. A minute or two before she came along, I happened to look at their bags and pulled her race number off and then handed it to her as she ran by. She finished and then came back to the car to wait for Noah. After a few minutes she decided to walk backwards down the track with his number to find him and then finish the race together.

He was upset because one of the signs had fallen over and he ended up running what he estimated to be an additional mile before being pointed back the right direction. I guess he wasn’t the only one, but nobody seemed to be up in arms about it at the finish line. He was pretty upset though, so I took it upon myself to make him a Genuine, Legitimate Award for the Longest Distance Run on a McDonald’s napkin. Summer took it up to the officials, and they actually signed the napkin and announced him as a winner along with Summer’s second place trophy in her division.

Just before everyone had finished, I recognized Ashley walking across the finish line. I wasn’t positive it was her since it was so dark, so I texted her asking if it was her, and then she walked up to me and said she was wondering the same thing. She said she’s working at DHS in Clarksville now, but I haven’t seen her since Apex, so it was nice to catch up.

Once the race was over, we went to La Taquiza Chilanga for some street tacos al pastor, which was delicious as usual. Noah kept insisting he didn’t want to eat and sucked down a Mexican Coca-Cola instead, but eventually he ate three of them. Then Summer got a cinnamon thing, and I had an absolutely terrible excuse for a mangonada. I guess I’ll stick with the tacos next time.

From there we headed home. I dropped Noah off at his house, and then Summer and I headed back to my place where she showered while I dug around in my aquarium supplies box. I couldn’t find the tiny heater I possibly imagined owning, but at least the box and random power cords got properly organized. Summer got out of the shower and then passed out on the couch, so I sent her to bed while I read up on the Bird scooters I’ve seen pop up in town practically overnight. I briefly fantasized about becoming a charger, but I’m not convinced it’s worth driving around to find them and then getting up two hours earlier just to put them back out in the wild.