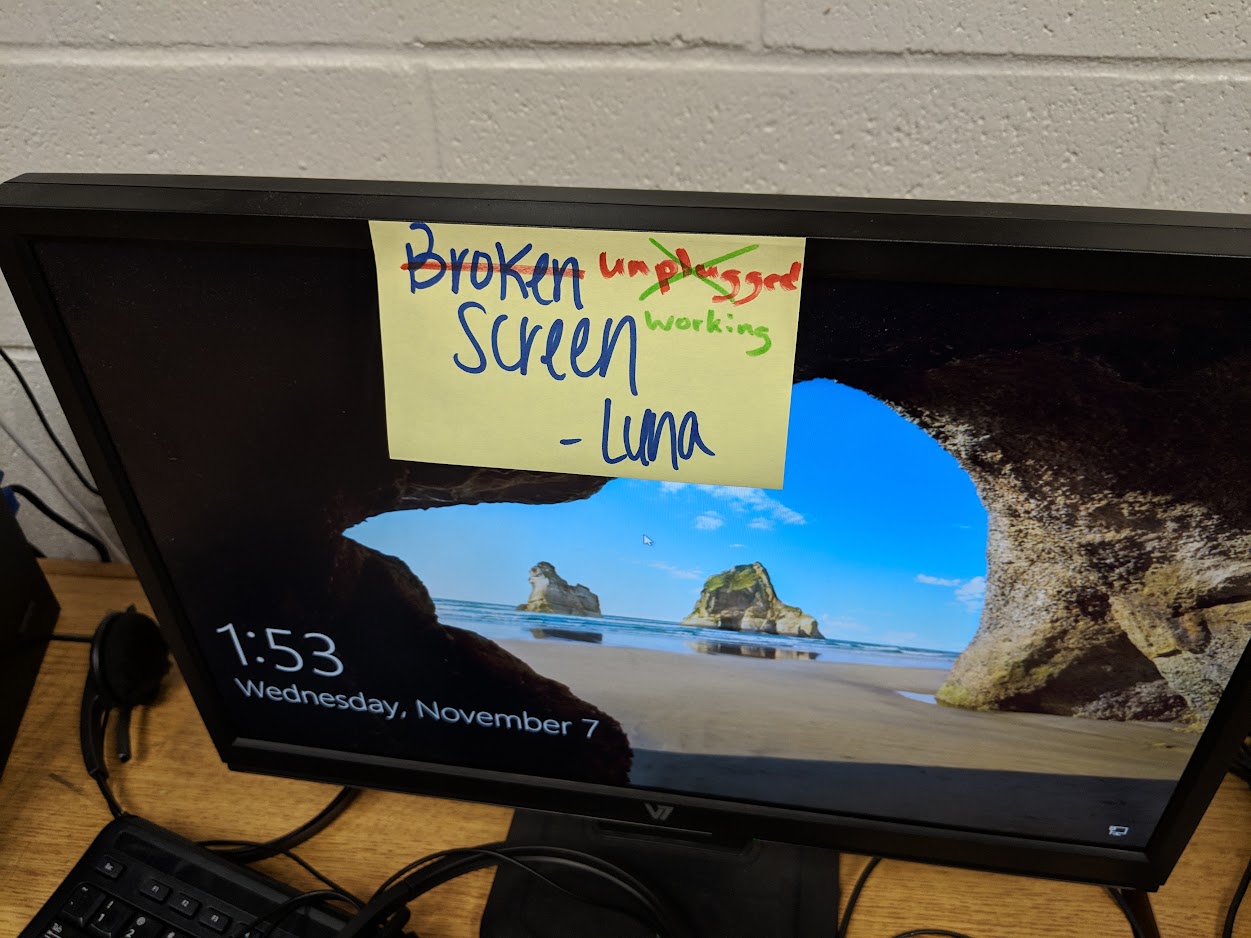 I spent most of the day at the shop today. It took me half of the morning to set up a Verizon hot spot for the junior high, and then Zach, Gary, and I went to Wendy’s for lunch.

When we got back, Zach warned me about a lockdown drill at the junior high, so I killed some more time in the shop chatting with Gary and learning a few things before heading over there. Then I closed out a few more work orders before heading out.

As we were getting ready to leave, Summer asked if we could pick up a TV stand from her mother’s church. Even with only a closeup picture with no context clues, I could tell there was no way we were going to get this thing into my car, so I called Allen and asked to borrow his truck. I met everyone at the church, and from there it was surprisingly easy to get the thing loaded in spite of how large and heavy it was.

We unloaded the TV stand at Summer’s house and brought it in through the back door because it was a bit easier. Her TV won’t fit in it, and it’s a bit tall to put the TV on top, but I’ve seen more ridiculous setups. It is a pretty nice stand, anyway. From there, I went to get Allen some gas before dropping off his truck with a bowl of chili that Summer made.

From there, I had to stop by Bác Vân’s house because she called saying her cable was out. She let herself get super frustrated without television and never bothered to call the cable company or me. I couldn’t figure out what went wrong, but power cycling the cable box fixed the issue. Then I ran to my house to change and headed to Summer’s for the evening.

The kids ate almost all of the chili and I was concerned at first that there wouldn’t be enough left for Summer and me, but it actually ended up being really filling. Summer, Noah, and I watched Bo Burnham’s What, and then sent everyone to bed.

I can’t believe you’d even write that!