I slept in a little bit today since I was to work late with Zach. I got the bare minimum done around the house before heading in toward work. I sat in the driveway for a while trying to coax Sonic’s app into working. While there, a murmuration of starlings came through the neighborhood and momentarily stopped in front of me. Eventually I got my food ordered, and I headed to the junior high to eat with Summer.

While at the junior high, I got a few things taken care of. I thought I was supposed to meet Zach at 2, so I arrived at the shop far too early to actually do anything. He actually wanted to start after school was out, so I sat on his couch until we were ready to leave, sipping coffee and trying to stay energized.

We eventually made it to the middle school and got straight to work replacing some of the access control equipment. It took me a while to put the pieces together in my head, but eventually I was able to wrap my head around at least the bits we were servicing. Gary stopped by for a while as well just to see how things were going. 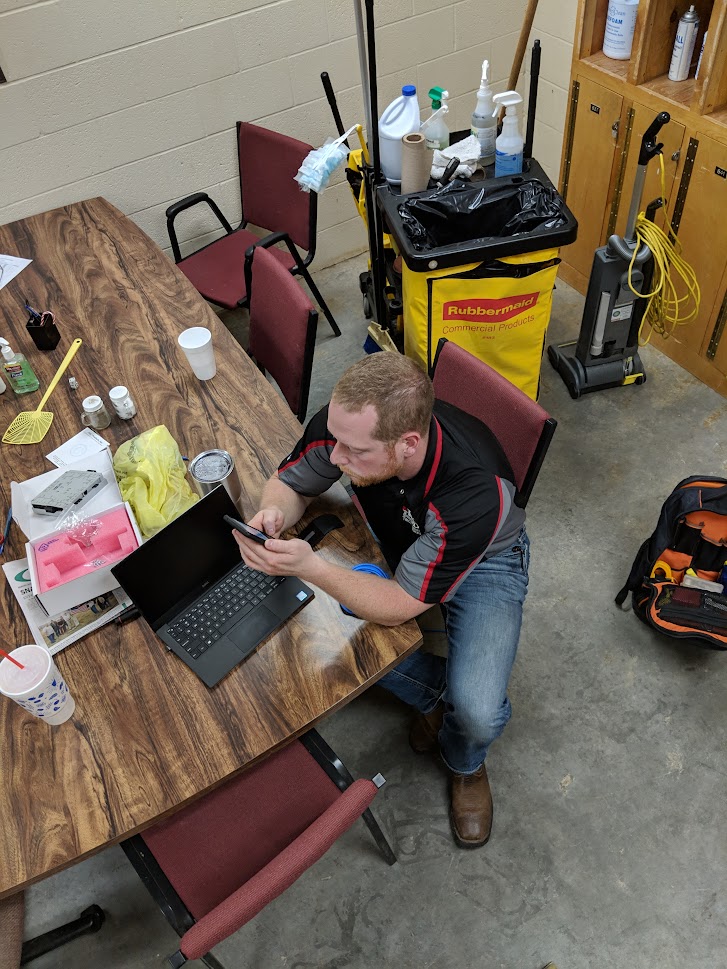 We finished with a little time to spare, so we went back to the shop and took our 30 minute breaks to cap our day. Summer was just out of the gym, so she came by with some Tropical Smoothie for dinner. She was still a little sickly, so she just watched me drink my smoothie until we left.

I headed home to clean up a bit before heading to her place. I cleaned up a couple leftover things, and then we watched an episode of Battlestar Galactica before bed.

There’s a reason why you separate military and the police. One fights the enemy of the state. The other serves and protects the people. When the military becomes both, then the enemies of the state tend to become the people.