We had a bunch of projects for today. I was sent off to Sequoyah with Brice and Allen. Allen was in a mood and didn’t want to go with us though, so he tried to break off and go with Zach and Jason. Then he was basically a jerk all day when that didn’t work. When we got there to hang a touch panel, it looked like they already had a newer projector and I wondered if it was actually still under warranty. Without much of a plan or direction, we ended up cutting and removing some cables to pull a new HDMI cable, but it ended up not working. We needed nearly 70 feet of cable for the room though, so Brice will just have to go back later to swap it out again. We left with a shorter cable across the floor for temporary use. We also had to run an extra audio cable to replace a group of four-plus extensions that were feeding some nicer speakers. It all seemed a little silly, and I wasn’t too excited to be the only one up on the ladder all morning. 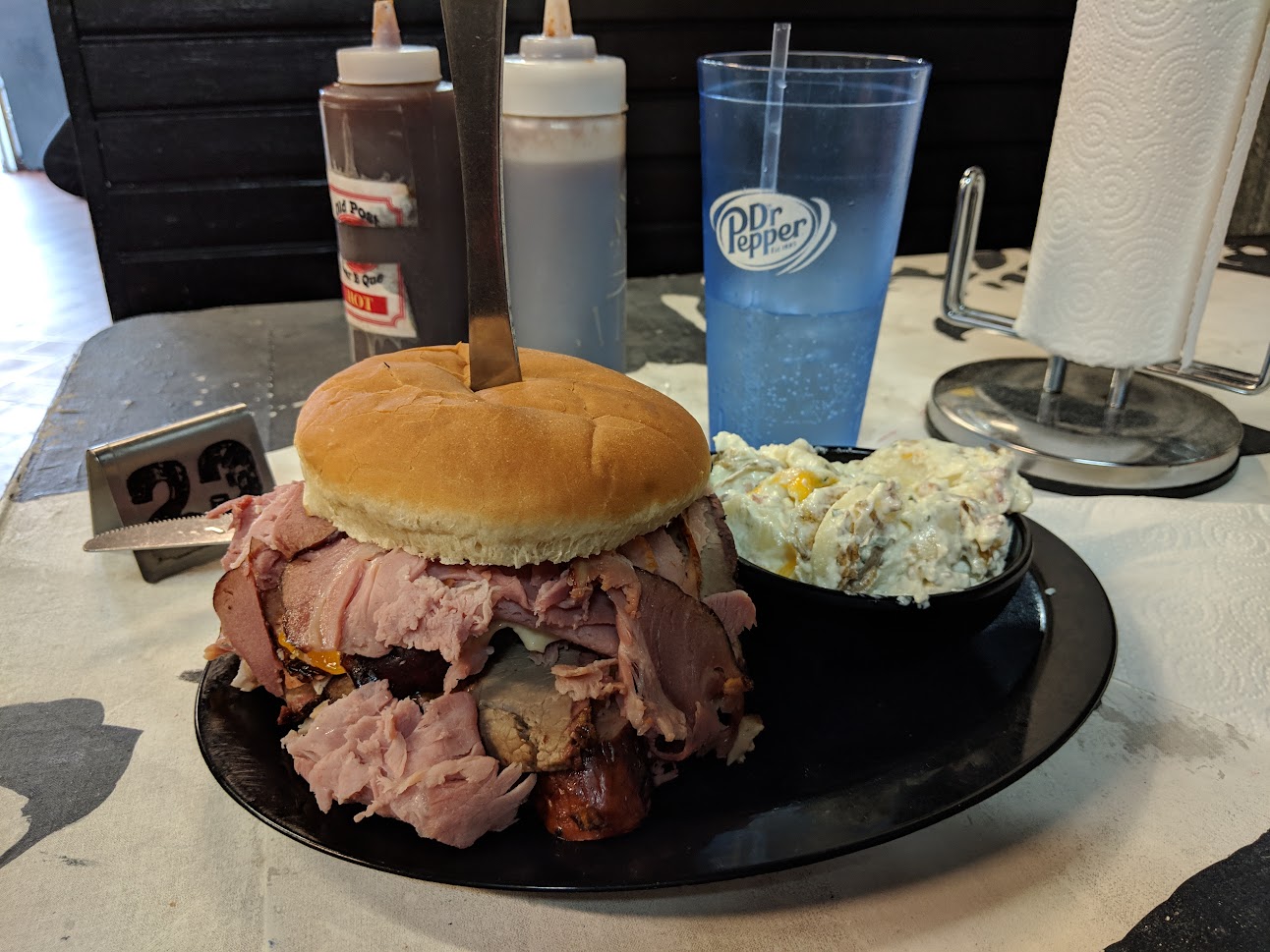 I had called out Old Post BBQ for lunch when we were still in our meeting, and though everyone seemed happy with that, nobody else met us there. We did run a bit late, but nobody else even said anything about going anywhere else. Allen refused to sit in a booth with Brice and me, and he weirdly sat at a group of tables with a couple other ladies. I saw Nicole working there, and she helped me identify and order something I saw in a picture frame called The Dagwood. She said if I finished it in under 30 minutes I could get my picture on the wall. It only took me 20, but I declined the photo and we went along our way.

After lunch, I resolved an issue with my HSA for payroll, so hopefully I’m not out anything there. Then I helped Allen run an HDMI cable to resolve a video issue at Center Valley. That likely could have been fixed with software and drivers as well, but he and Jason couldn’t figure it out, so we ran the cable. Then I was on my own, so I finished up a rash of work orders I had gotten from Oakland.

When I finally got home, I was so exhausted but had to clean up the living room a bit. I managed to finish before the girls got here, and even set up Catan because Autumn wanted to play. Eaddie was rowdy and completely uncontrollable all night, and I ended up sending her to bed before we finished the game. I think I got my new network storage box reset, but I’m still having trouble completing the setup, and I’m too exhausted to continue messing with it.

Kids these days don’t even know who Dagwood was.