I spent virtually the entire day trying to compose an email. There was a lot of fact checking and gathering of second through 20th opinions as well. I truly shirked my tech duties all day for the sake of a solid esports launch. Even after all of that though, I still haven’t actually had my first after school meeting yet. All of this was just to send out a survey and set up a Discord. There are so many moving parts, and it’s great to be on the front and back end of the whole process, but it just means twice the work along with the glory.

Zach chose Morelos for us, so he and Sara drove while Allen and Brice rode with me. We made it there and back in plenty of time in spite of Allen’s whining. After lunch I was approved to unblock Discord from our firewall when, much to Gary’s sarcastic amusement, a certified teacher agreed that he told him so about classroom management being the issue and not the communication tool itself. School let out two hours early, but I made it to the junior high just in time to get everything set up for conferences. 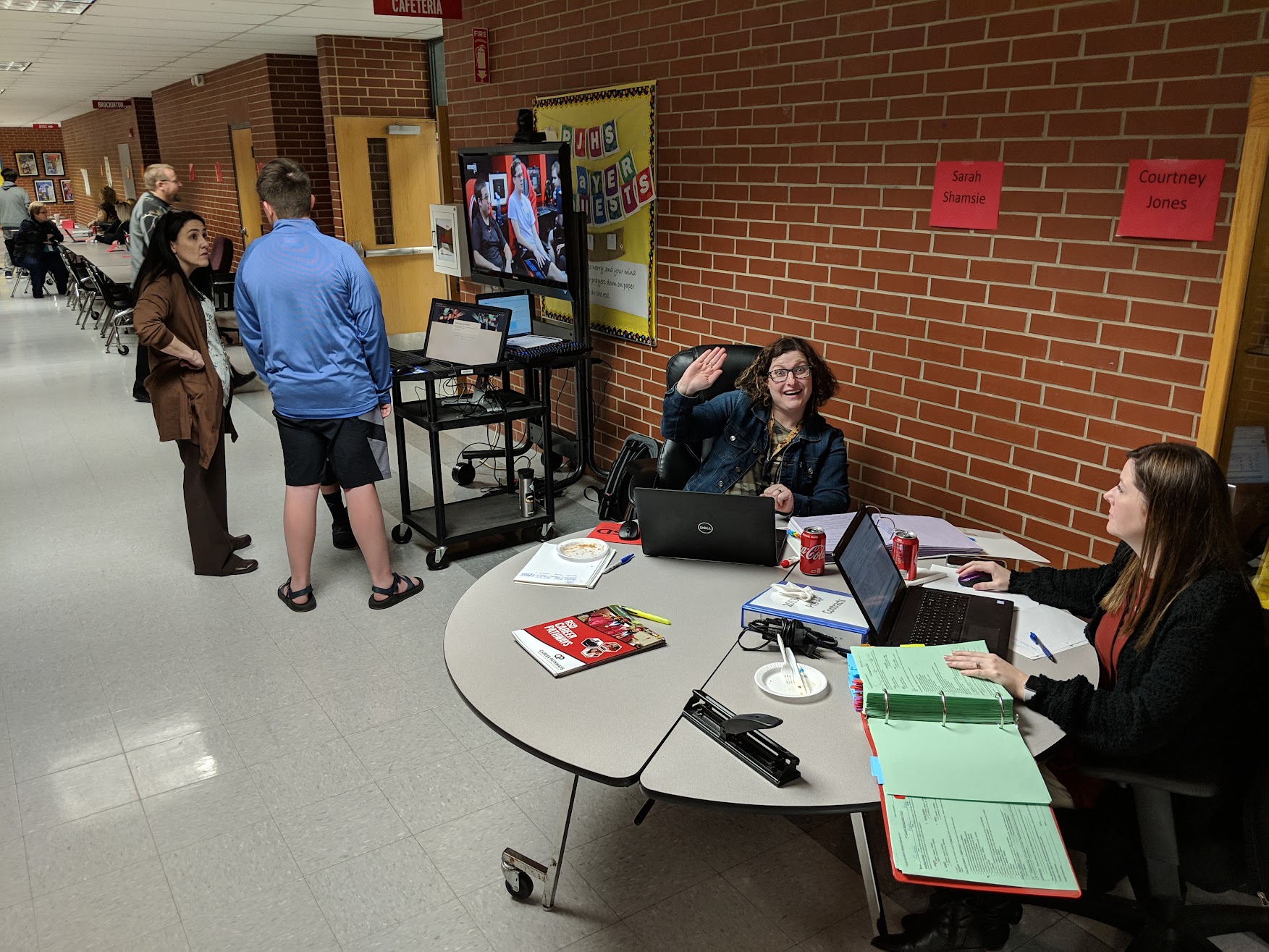 It didn’t seem like there were a bunch of parents there, but I had several stop by my little area to talk about it. I handed out just a few more flyers, but most everyone that stopped by was at least a little bit aware of esports. Evidently there was something on the news about it last night, so it seemed like most of them expected it. Still, it was nice to get a little bit of face time along with a whole lot of validation from parents, teachers, and principals.

I finally left around 7:30 and went to my parents’ house for a leftover egg roll salad. Then it was home for the evening to play with Discord some more. I think, like everything else, I’m making it more complicated than it has to be.

I’ve decided that being called “Coach” is gross, and have promoted myself to the Director of Esports position.