My voice was still gone today after losing it last night, and it never really got any better all day. I had to run to the high school to pick up something from Dale’s office, and Al caught me in the parking lot to ask for some personal PC care. I offered to come by his place since he’s not far from my parents’ house for a measly 20 bucks, which he giddily accepted. Then he mentioned that the esports article had already hit today’s paper. I ran into Karen as I made my way inside, and she made a comment about me being a celebrity, so I stopped by the library to take a look at the paper there. She let me keep a copy, and I made my way back through Oakland and then to the shop to show everyone. 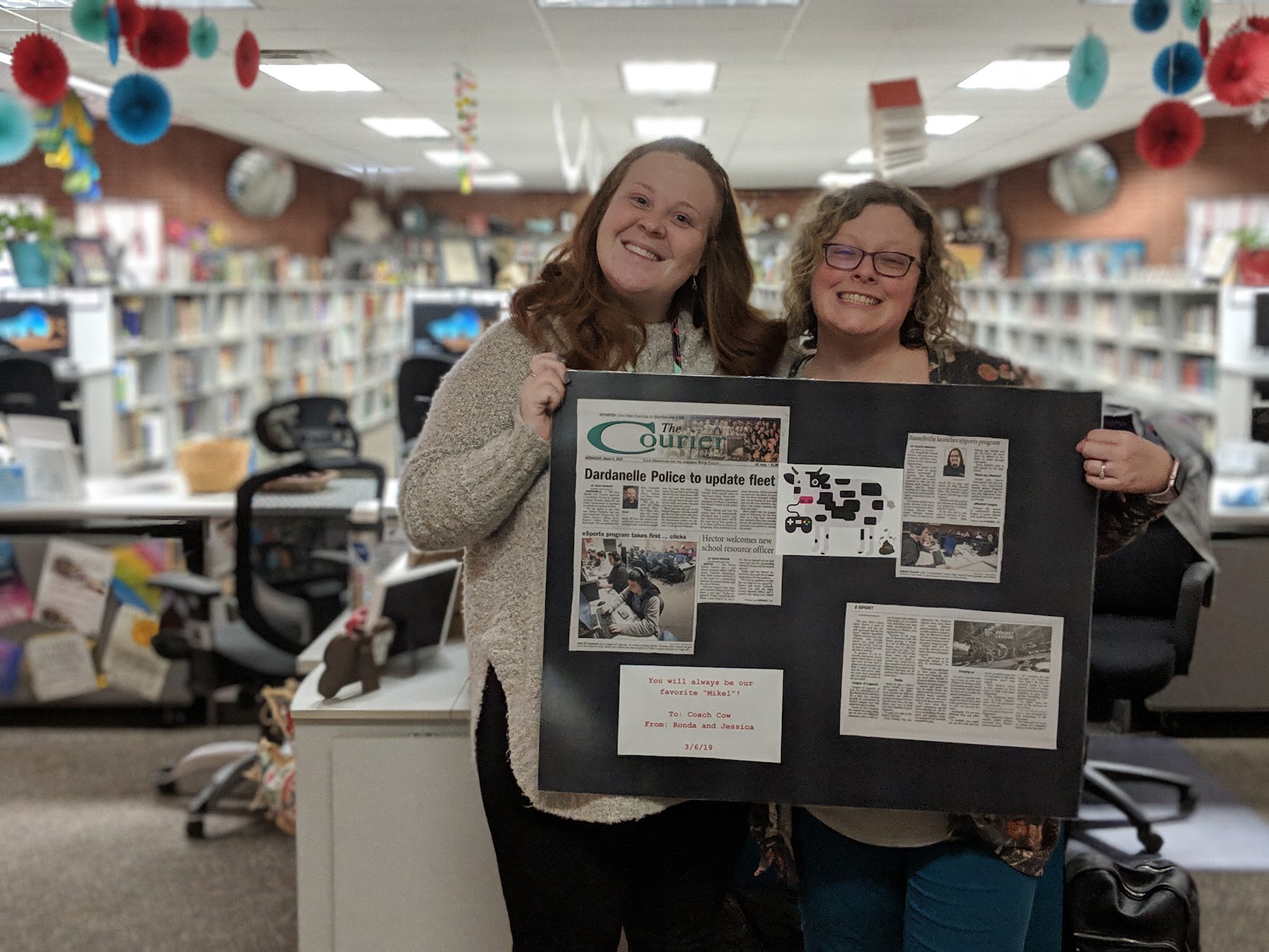 Jason was finally back to work, at least for a half day. He seemed much softer spoken than before. I didn’t notice the weight loss the way Gary had, but hopefully it helps him kickstart the changes he needs to make in his life anyway.

When I finally got to the junior high, Ronda and Jessica called me down to give me a collage they made of the newspaper clippings. Jessica even designed a gamer cow clipart, complete with a little cow patty. It didn’t stop there, though. After a quick lunch at McAlister’s with Zach, Gary, and Heather, I came back to a shirt with “DIRECTOR COW” on the left breast, and “CYCLONE ESPORTS” on the back. It was really all a bit much right off the bat, but I was excited that they were happy.

I finished up the day by wrapping up a bunch of work orders, and even took Autumn with me to Oakland to do a couple before picking up Noah. From there we met Summer at CiCi’s for dinner. We ran into Karen again while we ate, and eventually I headed home for the evening where I did anything I could to clear my congestion before going to bed early.

I don’t know anybody that’s ever been in the paper and said afterwards, “yeah, I said that!”