There weren’t a whole lot of projects to do today. It was Jason’s first Friday back, and he was still on half days because he gets “tired” after a while since he “got sick.” It was pretty clear that some of us were pretty full of the crap we get from some of the people there. In the words of Allen, “it don’t confront me none.” I went on about my morning at the junior high until lunch.

I called for Firehouse since I had a free sub. I pulled up just before a busload of softball girls, but fortunately my order was already made because I ordered online. Brice beat me there but didn’t get his food ordered quite as early as I did. Allen met us there but then walked to New China after he saw the line of girls. 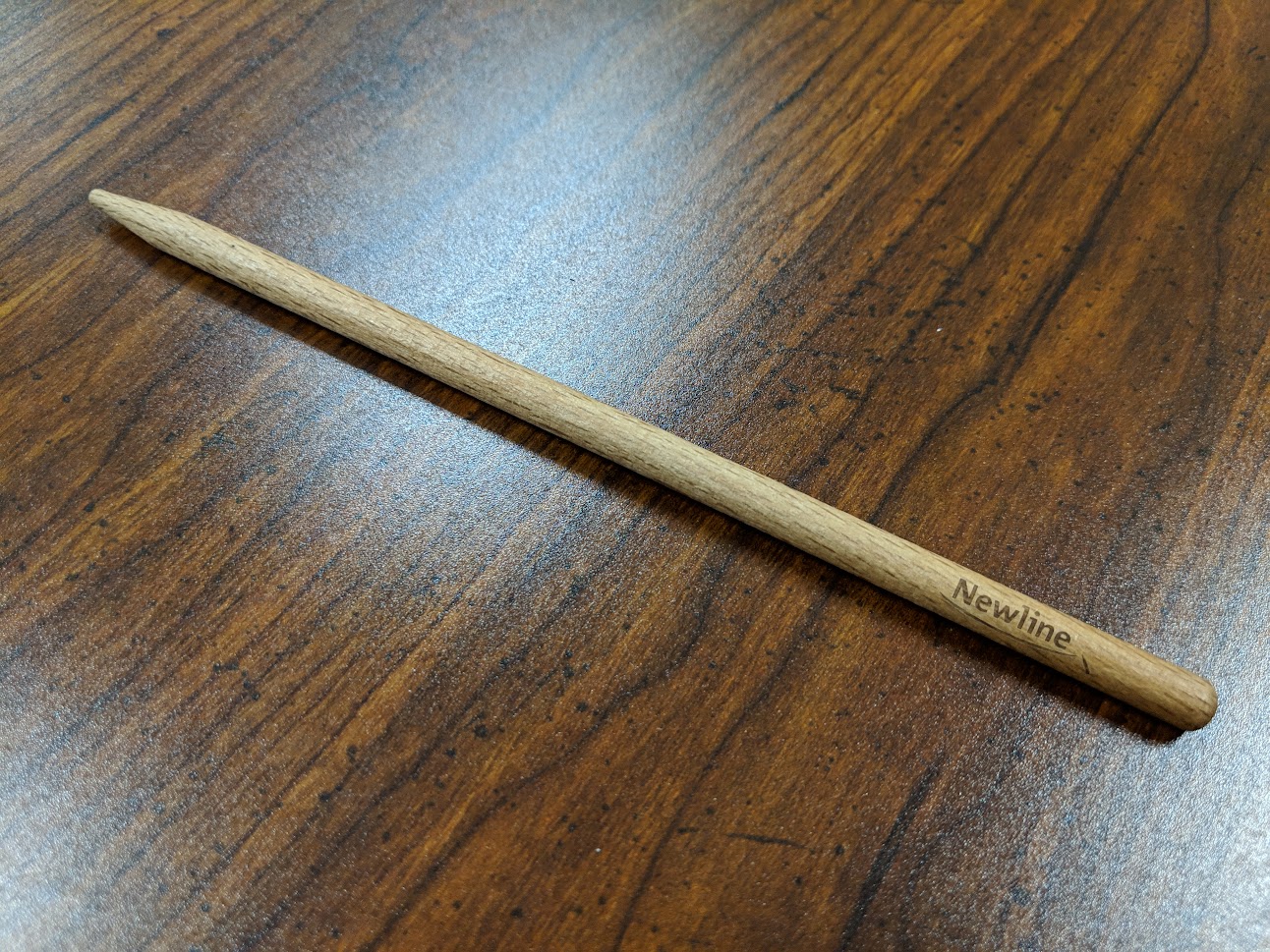 After lunch, Allen, Gary, and I mostly chatted at the shop until it was time for us to hang a touch panel at the high school. Allen remembered seeing some styli on the box, and sure enough there was a pouch of a bunch of them taped to the outside of one of the touch panels. They were a little silly looking, being made of only wood that was just a tad thinner than a pencil. I would have expected more at that price. These didn’t have an embedded magnet or anything, because they were made of one seamless piece of wood.

After work, I went home and killed a little time cleaning up before picking Noah up and heading to Summer’s for the evening. She picked up Taco Bell for everyone, and then I played a bit of Zelda until we settled in for some Parks and Rec before bed.