I woke up around 8 this morning, tried to feed Grey a little bit, and then went back to bed with her. She curled up right next to my head and I just held her, falling in and out of sleep until nearly noon. Then I got up to make lunch and start some laundry. I got a couple loads done, and sewed a button back on a work shirt before I got to shower. The doctor at the vet had to leave early, so I ended up not taking Grey in today, and instead made an appointment for tomorrow afternoon. She kept making me regret it by following me around the house, but she’s just so weak, and her bones are sticking out. 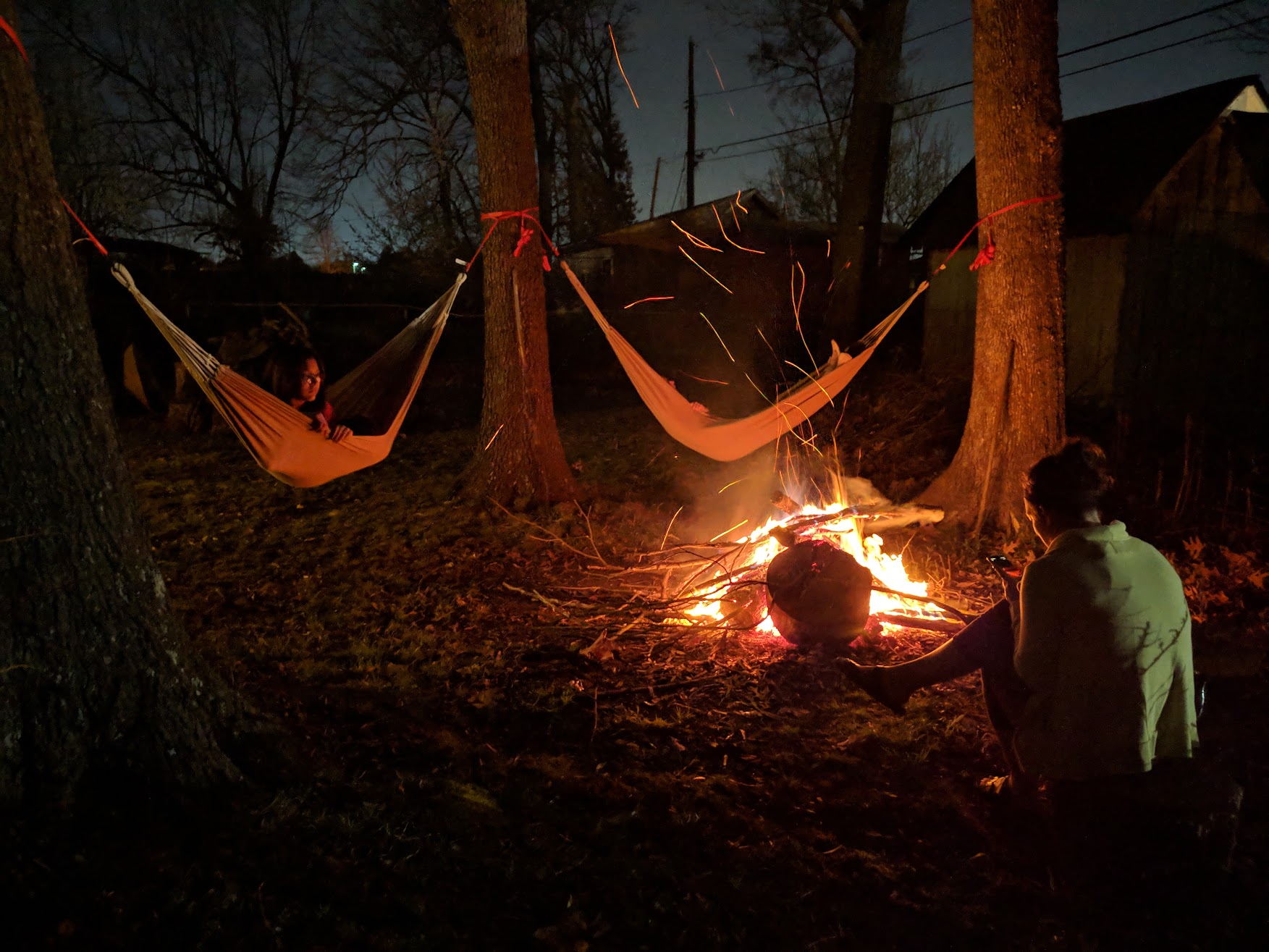 Amanda forgot about my birthday dinner, so we rescheduled that for tomorrow as well. Sara wanted us to come up to play games tonight, but almost immediately had to cancel to go to the ER with her dad, and we rescheduled that for Thursday. Summer came over and we went to New China for dinner, but not before I had to separate my betta sorority because the Dumbo was picking on the blue one. I’ll have to keep a close eye on them tomorrow.

When we got home, I went out back to hang the hammocks and start a fire. As I swung a ratchet strap around one of the trees, the hook smacked my watch face and gave me some lines in my screen. I couldn’t make out any cracking, but the LCD was definitely busted in some way. The girls got here after dinner with their father, and we hung out in hammocks while I told the story of ol’ Sam the Clam. I think Summer said Eaddie had her first s’more, which seemed odd considering she went to 5th grade camp. Autumn went to bed pretty early while the rest of us finished up the fire. Then I ended the day with some geekery and finished reconfiguring my Mumble server because Johnny’s subscription to the TeamSpeak server finally expired.