It was supposed to be a bit warmer today, so I took the bike to work. It was pretty cold in the morning, and it never got super nice to ride, but the afternoon wasn’t too bad. I met up with Dale, Allen, and Jason at Ruby Tuesday for $5 salads. Ronda and Jennifer sat at a table next to us as well. When we left lunch, I met Dale at the shop to give him his Rap Snacks. He loved it, and even posed for a photo. 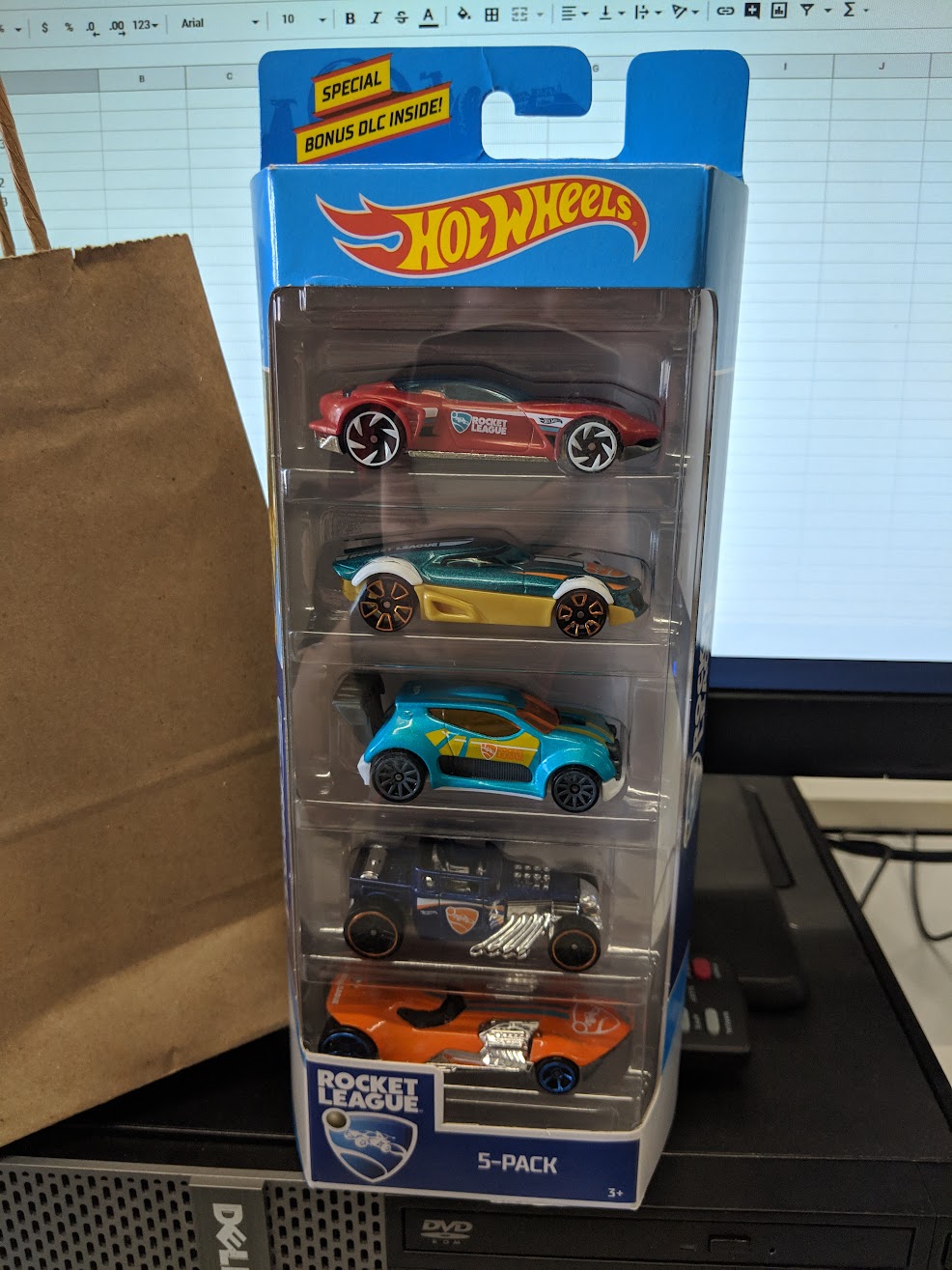 The afternoon went by pretty quickly, and before I knew it, it was time for another esports practice. We only had a couple seats left in the lab, and everyone seemed to jump straight into games pretty quickly, so I’ve reached near autonomy. Sam, one of my founding students, came in for his first meeting and gave me a set of Hot Wheels that I didn’t immediately identify as being Rocket League themed. It was a pretty awesome gesture, and I was happy that he finally made it to a practice.

I ended up staying super late again, this time fighting with some PLTW Android tablets. For some reason, several of them just refused to see the internet through the internal wireless. I wasn’t able to figure them all out tonight, so that’s just more work for tomorrow. On the way out, some kind of torpedo-looking vehicle silently zipped past me in the parking lot. It had a bicycle tire in the back, and headlights and tail lights for riding around in the dark. I couldn’t really see through the windows in it, but it looked like some kind of motorized recumbent bike. It was super low to the ground though, and didn’t seem to have any room for pedaling.

When I got home, I spent the evening cleaning up after the pets. I moved Murderface to the old shrimp bowl, and then Big Blue to the old container. Hopefully everyone acclimates well, but dead shrimp have me nervous. I’ll have to keep a close eye on them.

Señor Cow is ready for his cover photo.