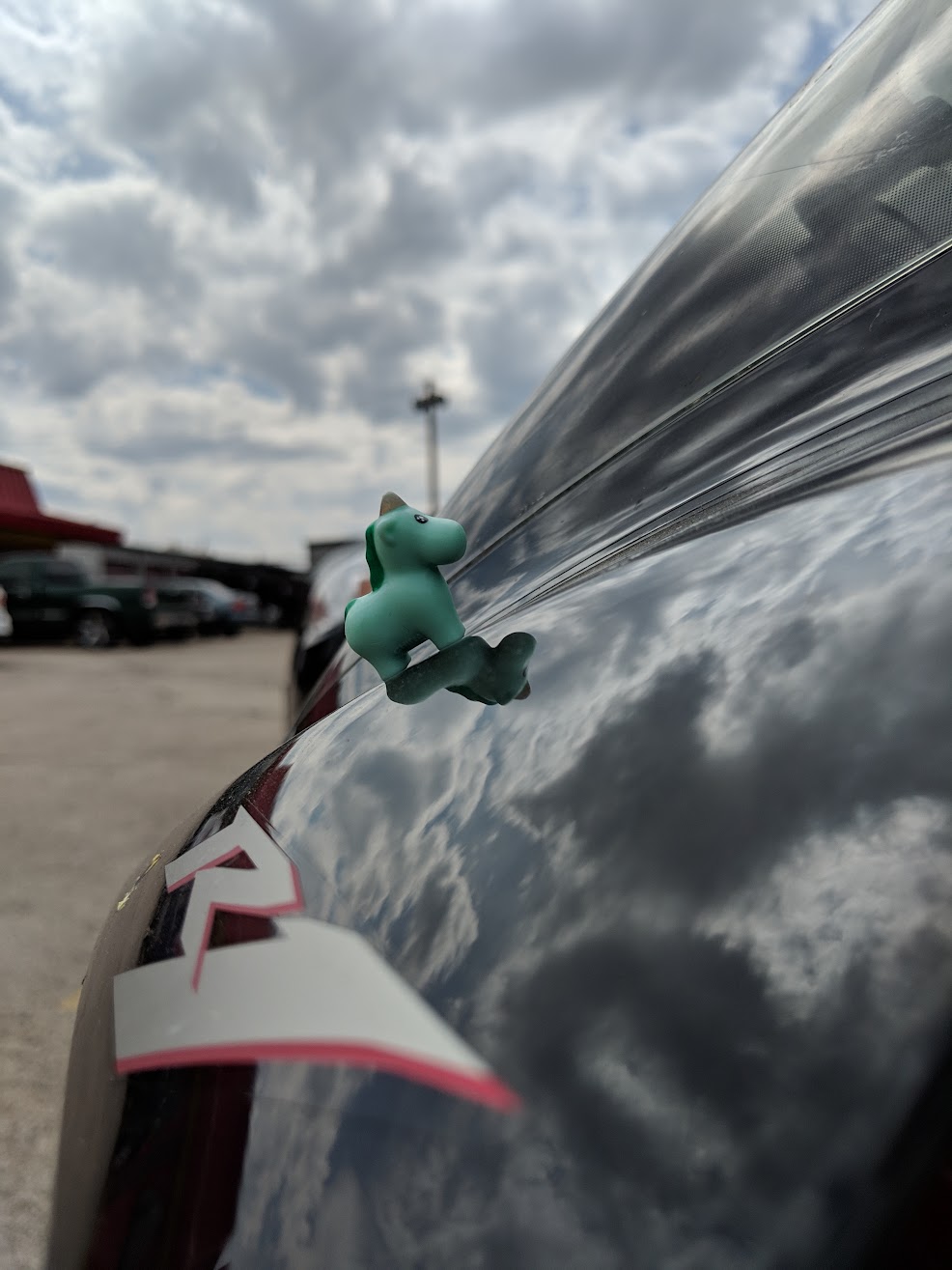 It was cold this morning, but it would warm up pretty quickly, so I took the bike to work. I spent all day at the junior high touching all of the Samsung tablets in three different classrooms, and still couldn’t get it done before lunch. I met Zach, Allen, and Jason at Morelos where I tried something new – the lunch burrito supreme. I was a little disappointed in its size, and the mixed beef and chicken was really kind of split down the middle the short way, but with the rice, beans, and chips, I had plenty to eat. On the way out, some little squishy unicorns caught my eye in a quarter machine, and somehow I talked both Allen and Jason into donating a quarter each. I was shocked, but it made me happy.

I went by the shop for a little bit after lunch and chatted with Gary about some of the troubles I had been working with, and that’s when I got two work orders about kids looking at porn on the tablets. At first it just seemed like one more thing to throw onto the pile of crap I was dealing with, but after further inspection I’m not positive I caused this one. I spent the rest of my day and most of my evening updating and factory resetting tablets in two of my three labs until I couldn’t stand to look at them. I have one lab completely finished, but I won’t know for sure until tomorrow. Then I’ll still have to come up with a better management process and also wipe two more labs’ worth.

At first I thought I would skip dinner because of how late it was, but then I remembered I had a Subway coupon that expired after today. I was super hungry too, so I ordered a chicken bacon ranch sub and rode on home. I got one load of laundry done as well, and was still ready for bed earlier than the past few nights. I’m already over 40 hours for the week. Hopefully all this overtime helps me build a case for a raise and a solid position with my esports program.