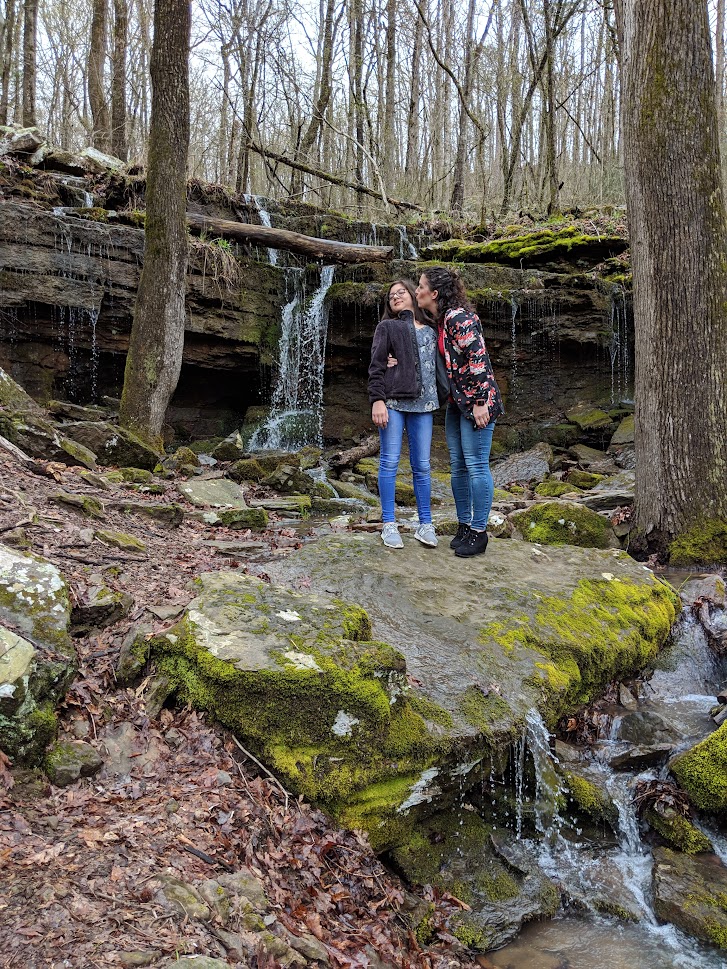 I got up early this morning and went to pick up the girls to head to Eureka Springs. We went to Ozark and then took the Pig Trail north from there. We stopped at Turner Bend to check out the tiny waterfall, but Autumn didn’t want to get out of the car. The rest of us took a few pictures, and then we continued on our way. 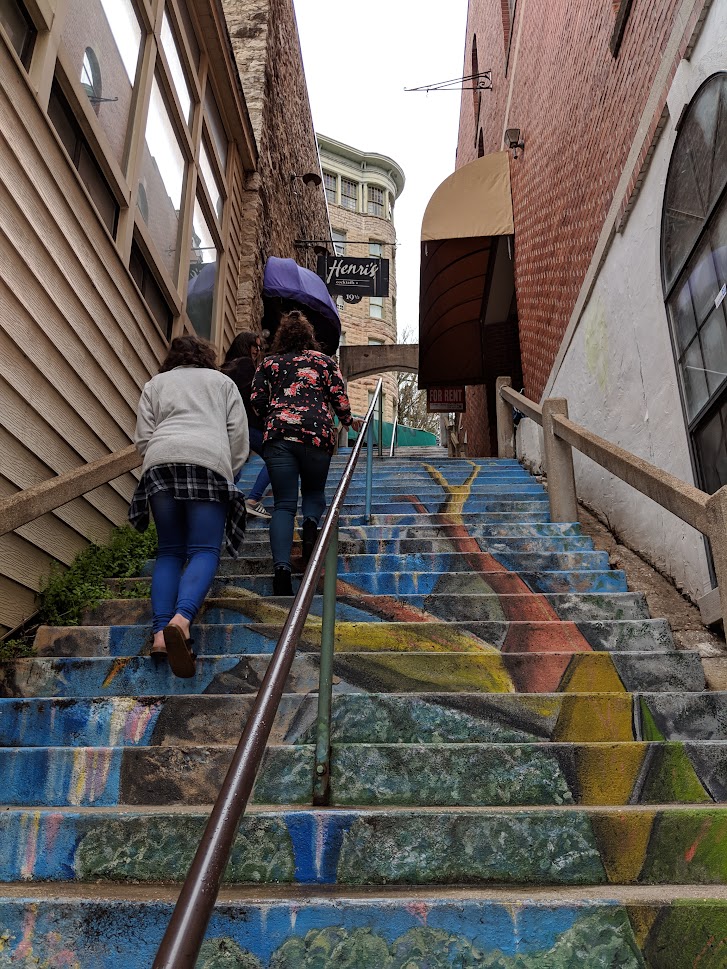 Eaddie handled the drive pretty well, but it helped that we got stuck behind some slow vehicles for a ways. We made it into Eureka right at lunch time, found a parking space, and started to wander. We should have gone straight to lunch first, but things ended up working out alright in the end. I ended up buying some tea after the girls kept sampling a bunch of things. Then we walked to the other end of the strip and went to Local Flavor Cafe for lunch.

I had fish tacos on the waiter’s recommendation. The girls had burgers, and Summer had something with avocado instead of meat. Of course I couldn’t leave without a chocolate lavender crème brûlée. We shared it three ways because Autumn is weird, and then we started back down the strip to do some shopping. The girls got a few things, and I got us some chocolate dipped stuff at the candy store that’s always pulling taffy. After our four hours were up, we headed to the Inn of the Ozarks to meet my parents for dinner.

We went to The Bavarian Inn Restaurant as is tradition. They had us sat in a room with a bunch of other magic folk. Dad was super excited for everything, which was nice. Even Autumn found something she liked. My food was fair, but it always feels so overpriced and under filling. Even Summer agreed that it didn’t fill her up. They seemed to make up for that with gas though, because by the time it was all said and done, I did feel a bit bloated for a while. 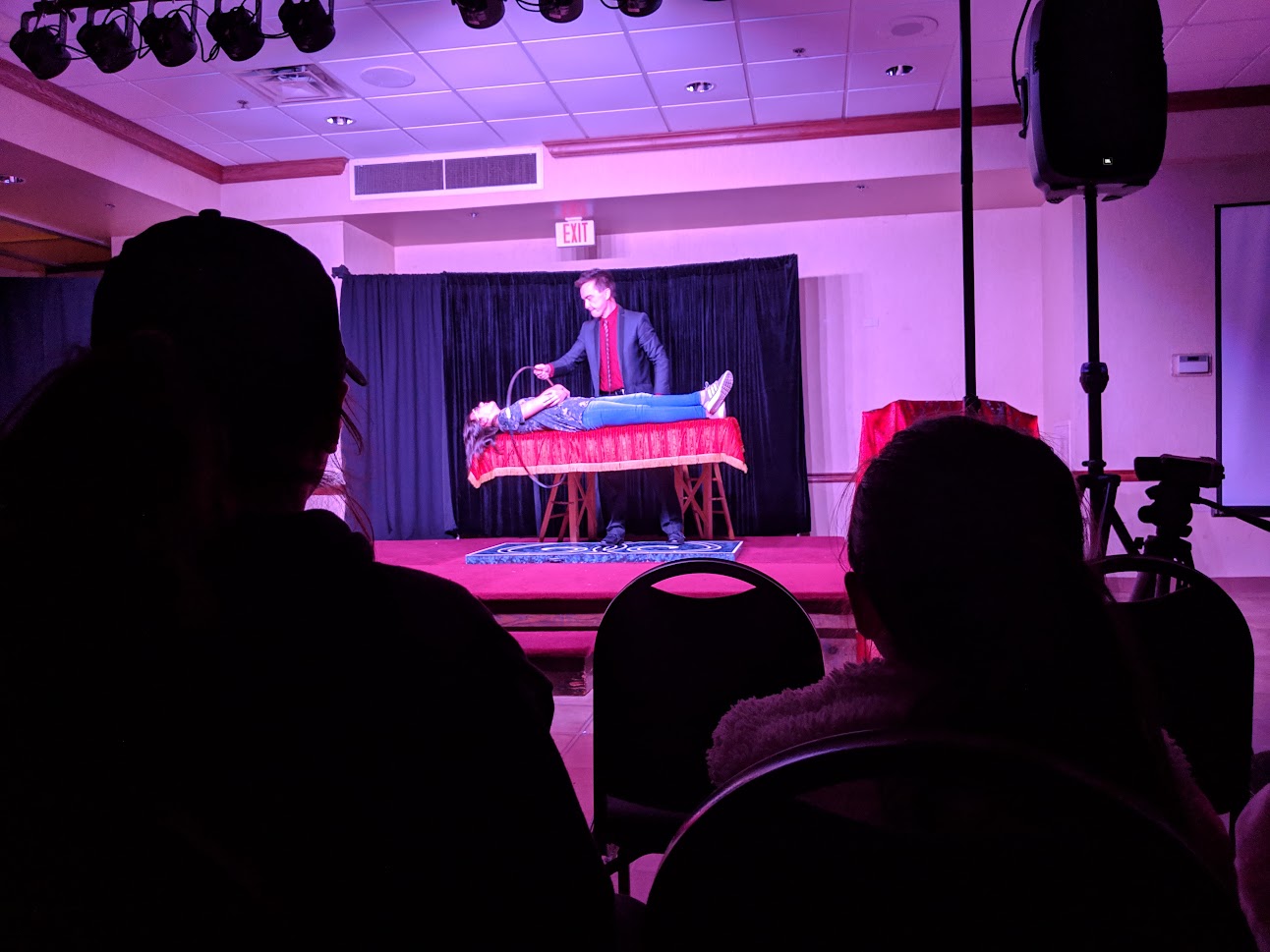 After dinner, we went back to the Inn for the magic show. They put on a really good, if short show. Evidently they had split it up into like three shows this time, and Dad performed at the afternoon show today that we didn’t get to see. Eaddie got to participate in the finale with a really solid levitation, and then refused to smile as she left the stage. She really enjoyed it though, and continued to talk about it for the first part of the trip back home.

The drive back was uneventful, except that Eaddie got to feeling sick as we got into the tighter curves. The Dramamine didn’t seem to help her much, so I just slowed way down until we got most of the way back to Ozark. Then we hit the interstate and made it home just before midnight. The girls all crashed, and I eventually made it to bed super hungry.

Alright, already we’ll all float on.