We started out today, as we’re often wont to do, with a racist remark and story from Allen. That guy’s got more than a screw loose. We didn’t have any group projects, but Jason hasn’t really gone out of his way to make up anything, which Zach was super proud to do during his moment in the sun. I spent the morning wiping computers to sell and chatting in the library. Eight of us met at Brangus for lunch, and most of us made it back in time afterward. Allen and Jason t-boned some lady that tried to make a turn across traffic at a yellow light, so they were behind by like half an hour. We half jokingly wondered how long it would put them both out of work even though everyone was fine afterward.

I spent just a half a moment at Oakland to make a delivery, but left after they brought a couple cops in to supervise a couple crazy parents. They were short handed anyway, so the extra craziness was just a little much for me. Ben came out of his office and back to the shop area to chat with me for quite a while after everyone else had gone. It’s looking like I’ll be making a move this summer, so I really need to pick and choose what I want out of my office now while I still can. 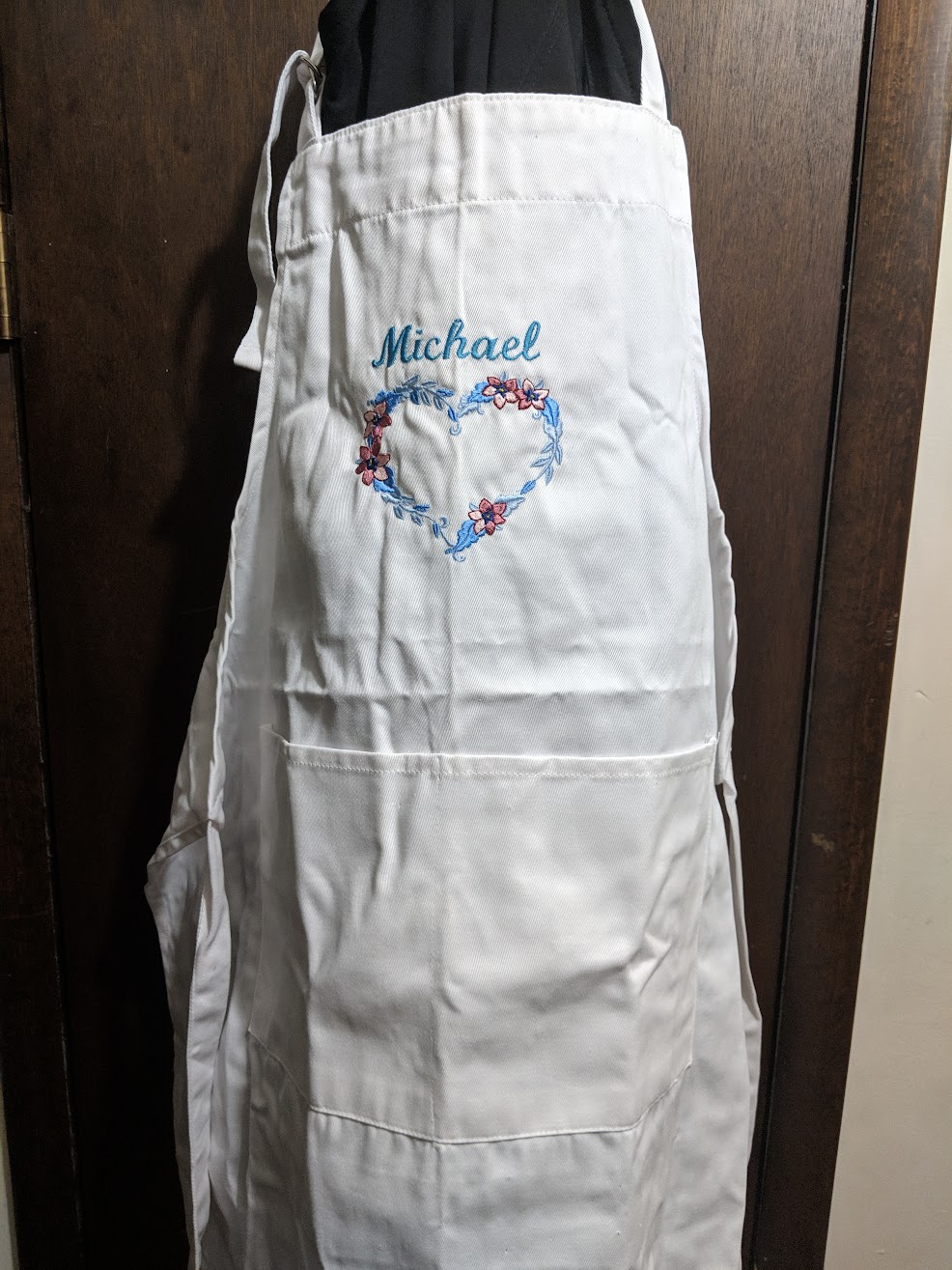 When I got home, I found that I had received an unmarked, hand-addressed mailer with no return address on it. Inside was a white apron with my name embroidered above a flowery heart. Tracking shows it originated in Pottsville, but I couldn’t find anyone that would own up to it. Perhaps more investigative work will follow, but for tonight I was happy with a little mystery. Summer came over to shower and then went to pick up some Taco Villa while I tried out the new electric mower. The grass wasn’t very tall yet, so it didn’t have any trouble covering the front and back yards. I’m sure it’ll be a different story once we’re in full swing, but again, for tonight I was happy with what I had.

My sinuses had been at me all day, and mowing didn’t help. I coughed up what I could before sitting down to eat with Summer, and then we ended the night with an episode of Battlestar Galactica.