I sort of halfway got to sleep in just a little bit today, but it wasn’t much. The girls went home while I showered and got the bike rack mounted. I had forgotten how heavy and cumbersome that thing is, and it makes me wish I had a better way to store it than boxing it back up in the retail package. It really is the most secure, uniform shape that way though.

Noah and Eaddie stayed behind, so it was just Summer, Autumn, and myself again heading to Little Rock. We went straight to Dick’s and met with Ryan, who I had spoken to over the phone. He threw the bike up and checked the breaks and a couple things, but evidently didn’t tighten the handlebars or air up the tires, and one of the valve stem caps was missing. Of course we didn’t notice any of this until we got home and tried to ride them.

While in Little Rock, we tried to find somewhere to go for lunch and ended up at Hooter’s right around the corner. The girls kept being super apologetic about how slow they were and how behind the kitchen was, but I honestly didn’t really even notice it at all, especially for a Mother’s Day crowd. Autumn thought she could handle the heat of the wings, but she ended up struggling to eat. Summer lucked out and got a free salad for Mother’s Day.

We stopped in Conway on the way home to get the last bike. As we walked into Dick’s, we found they had lost power, so they let us shop around under the emergency lighting. Taylor met up with us and tried to talk me into biting the bullet on a new bike for myself with his n+1=x where n is the number of bikes I have, and x is the number of bikes I need. I passed, deciding instead to hoard my money for another day. 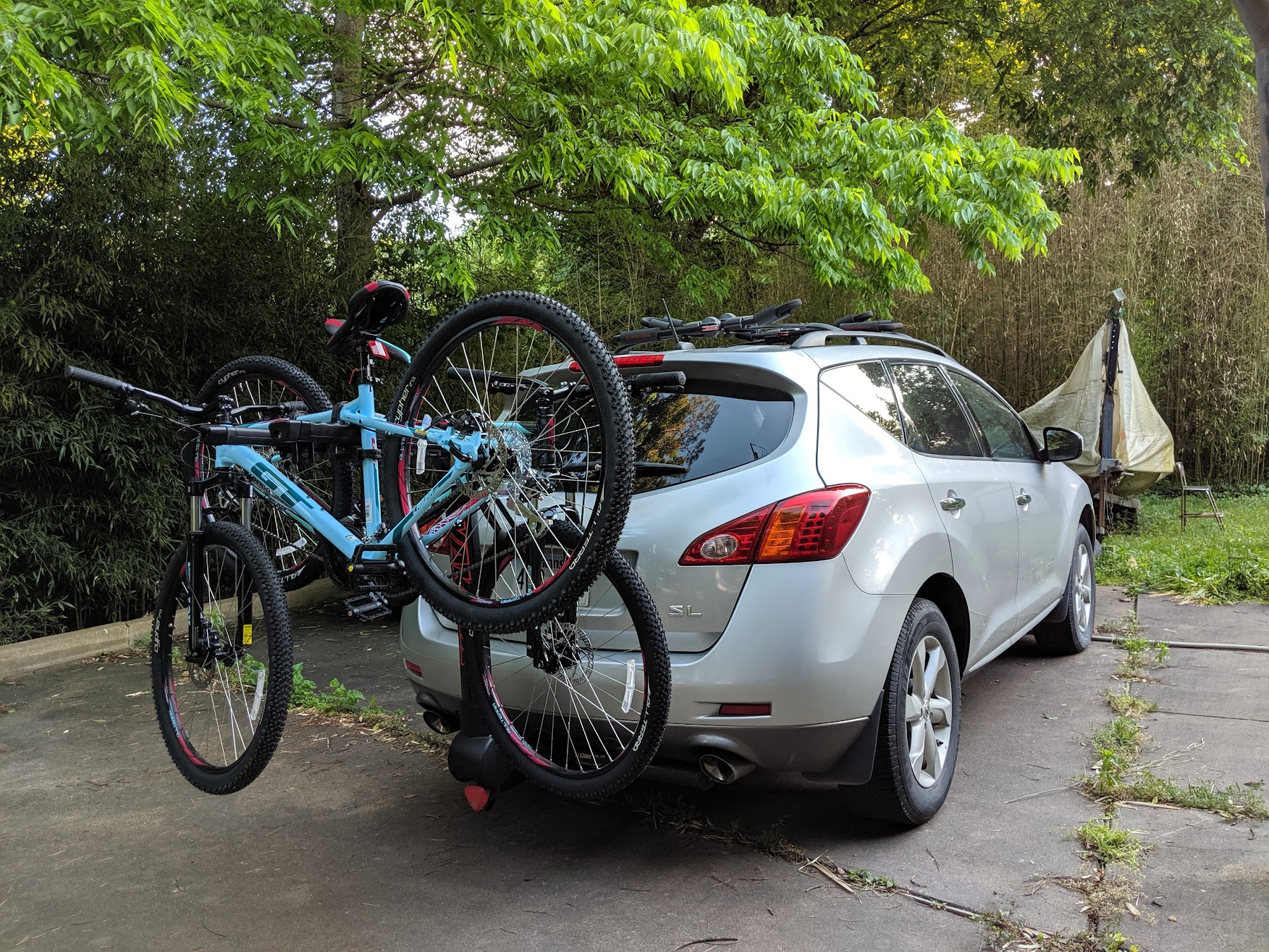 When we got home, I ordered some Domino’s for dinner and picked it up on the way to my parents’ house. Summer took the kids to her mother’s to visit for a bit on the way, and eventually we all made it to dinner with my parents. Julie got her own broccoli crust pizza from Brick Oven. I mostly ate salad, but had a slice of Hawaiian and a slice of Julie’s chicken bacon ranch that wasn’t bad. After we finished eating, we went outside and let everyone try riding the new bikes in the street a bit. That’s when we found Summer’s had not been put together completely, or at least not tightly enough.

They headed home, and I took the bikes home to try and clean out the garage enough to store them. I managed, but only because of how much junk I had that I could rearrange. Trying to store them with another vehicle in the garage will prove to be more difficult unless one of those vehicles is a Miata. Time will tell, I suppose.