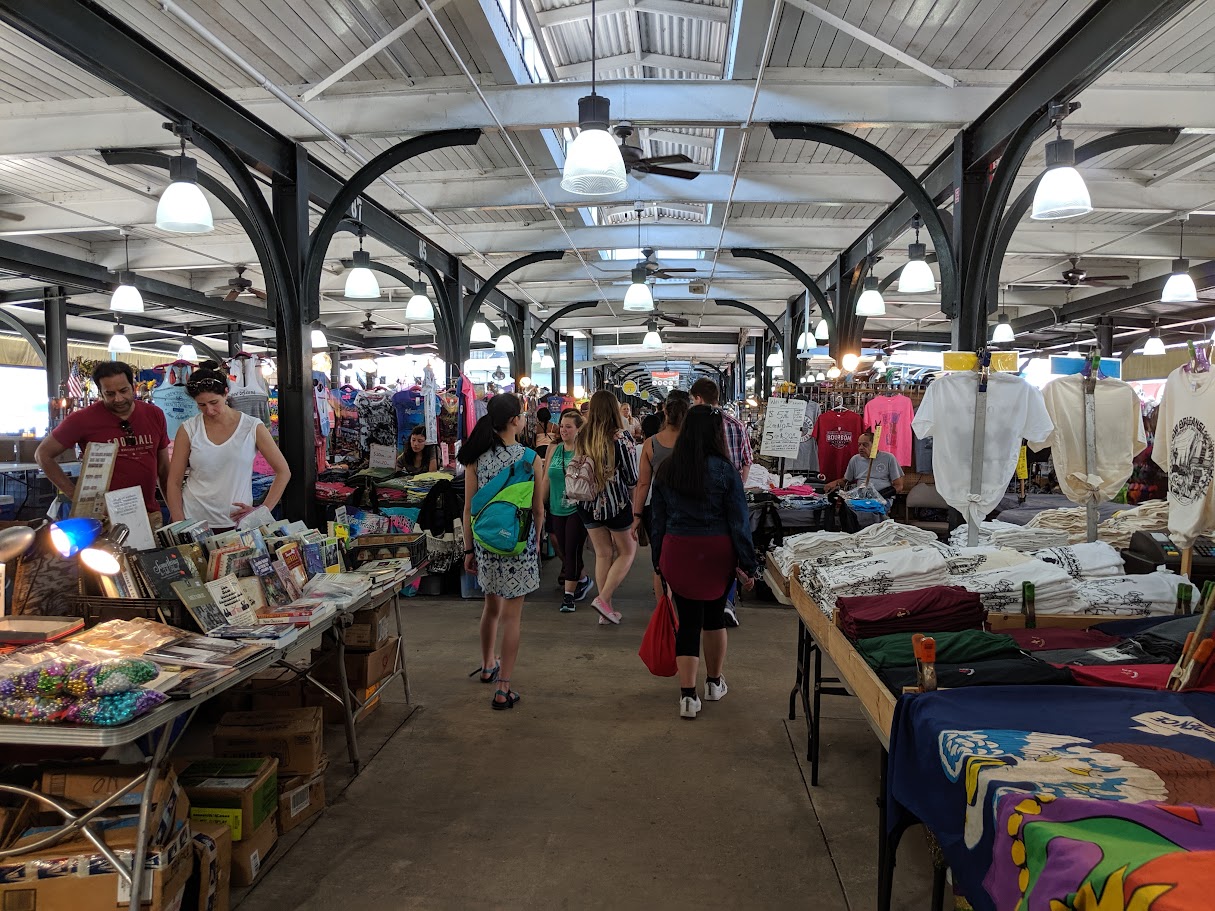 We got up a bit earlier than usual so we could get breakfast in the lobby before heading down to the French Quarter. As soon as Aimee dropped us off, we went up some stairs to an overlook for a group photo. I was immediately caught by a street shoe shiner, much to the entertainment of Summer and Hannah. I narrowly escaped with my fabric shoes and my life, trading my pocket banana from breakfast for safe passage.

From there, we split up and wandered around downtown. We walked around with Hannah and Dylan for a while, making our way through the half set-up open market. People were still setting up their wares for the day, and it all seemed like very typical street market stuff, probably all made in the same place in China.

We did stop at a tiny Jazz “museum” state park, and almost returned for jazz yoga, but I guess we forgot. Instead, we wandered further down the square and into a toy shop where I picked up a little moo can. I had seen them before and always kind of wanted one, but I finally decided to bite the bullet. Then we made our way down to the cathedral where a weird looking guy with an unexpectedly higher-pitched voice offered a “special” on palm readings. I told him we were trying to avoid the dark arts, to which he seemed to quietly and incredulously respond that it wasn’t “dark arts.” That was about the time we got called back to some students trying to get into a different jazz museum.

Summer and I left Hannah and Dylan at the cathedral to let the kids into the jazz museum. She and I looked through the mint museum on the bottom floor first, which was pretty cool. The old building was neat by itself, but seeing the old coin minting equipment was even cooler. 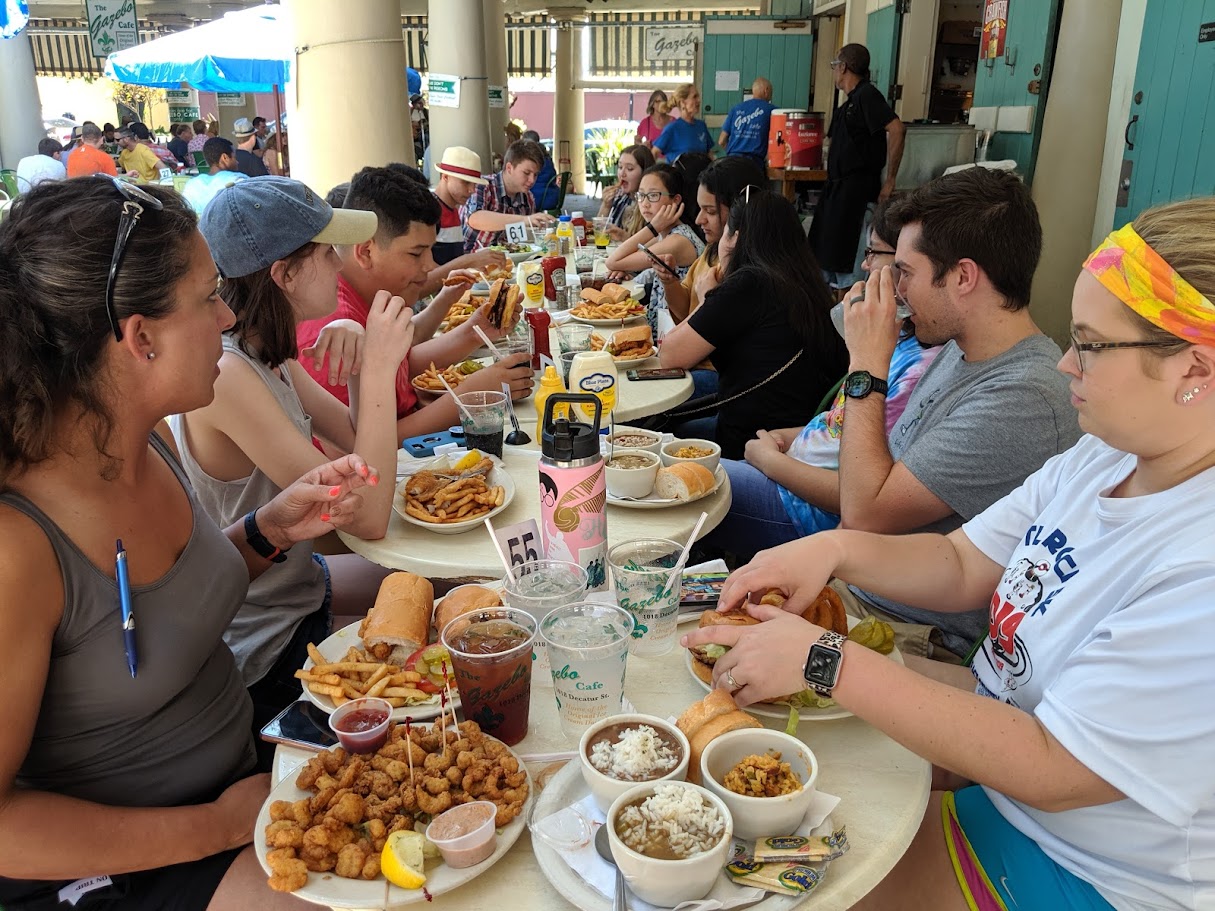 When we finished there, we had the kids all meet us just outside the flea market at Market Cafe for lunch. The guy there was so nice it was almost creepy, but he really grew on me. I had an appetizer sampler as well as a New Orleans sampler, both of which were excellent. I didn’t love the fried gator so much from the appetizer sampler, but I had some better stuff at dinner.

Once we got back to the convention center, the kids all went to shower and change for their first game. The first game was against Russellville, AL, which was funny to us, but nobody seemed to really outwardly care while we were there. We were behind most of the game, caught up to lead, and then lost on the very last question by 15 points. Then we dominated the second game before calling it a day. 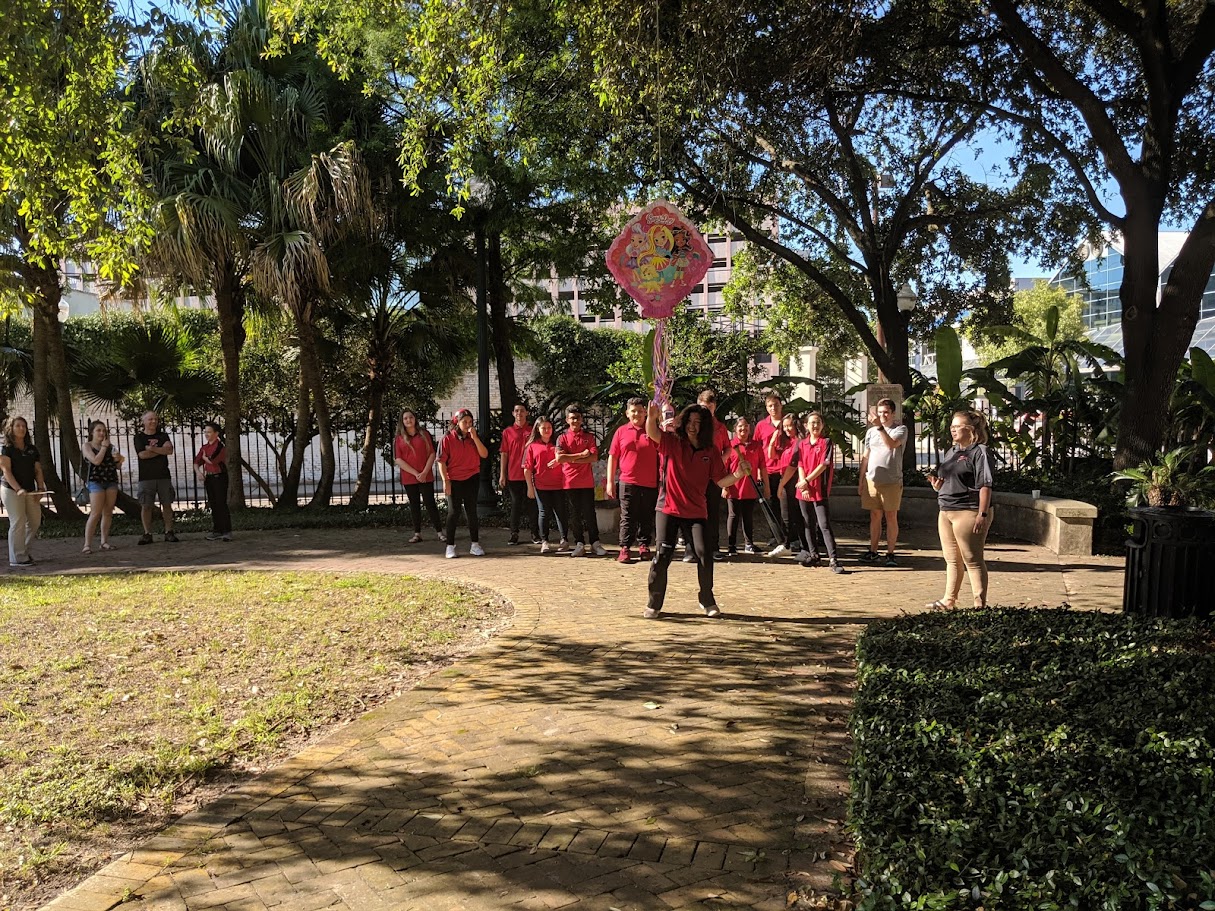 Hannah got Autumn a piñata for her birthday, so we went out to the little courtyard field to hang it. Luckily one of the kids had a baseball bat, and Autumn made quick work of it. Then we waited outside for just a bit loner before heading up the street for dinner at Mulate’s.

I had a fried seafood platter that was good, but overall relatively unremarkable. I found myself wishing I had gotten something like jambalaya, or an étouffée, but it was alright. A couple of the kids ordered gator there and didn’t care for it, but I liked it quite a bit.

Back at the hotel, Summer, Hannah, Dylan, and I got some drinks and went back to our room to play some Mario Kart. Dylan proved to be a consistent threat, and even Summer finished in first for the first time ever. I’m really glad we get to sleep in tomorrow.

If you’re advertising a discount higher than 10%, then it’s not really discounted at all.