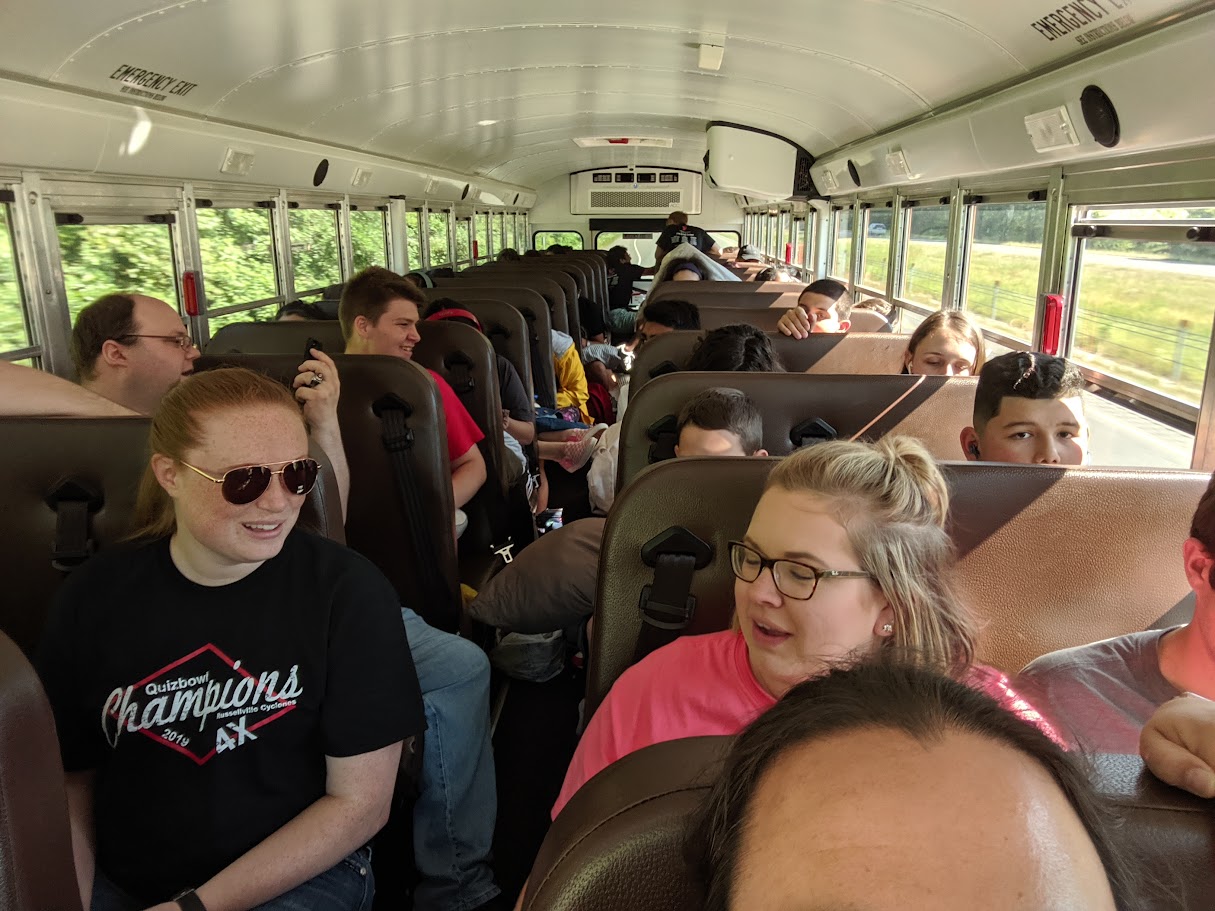 We finally made it to Quiz Bowl nationals trip day. Summer and Autumn went to pick up Burger King for breakfast while I got ready, and we made it to the high school to load everyone onto the bus. I ran into Ben outside the high school and told him my sick day was to meet a witch doctor from the south. We barely had room for everything and everyone, but I think they may have overpacked some supplies on the way out.

The first stop was Quiznos to pick up lunch to take with us. I guess it was easier than stopping somewhere along the way, and certainly expedited that process. I’m not really sure how we ended up with a full bag of extra sandwiches, but hopefully they keep until the ride home. I certainly would rather experience unique cuisine while I’m here.

Around three hours into the trip, we stopped at Lake Village behind a gas station, got snacks and took a bathroom break, and then walked over to a park to eat. Luckily it wasn’t too terribly hot out, but I did sweat a bit. It definitely took the bus a bit to cool back down after that.

Summer and I watched the first episode of Firefly after I did some finagling on my devices. I was upset to learn the iPad Plex app wouldn’t stream without a Plex Pass. I’ve never had that issue with my Android app for some reason. Not too long later we made it to a Walmart in Crystal Springs. I didn’t really need any snacks, so I wandered to electronics and picked up a couple clearanced smart light switches and a physical copy of Diablo III. It was all just so cheap.

The last leg of the trip was short, but took us through a bunch of traffic on what felt like the world’s longest bridge. It was interesting to see the water rushing out of the Mississippi River and just spreading out across what was once land. The water was high, and flooding has been expected all over, but here it just seemed a part of life. 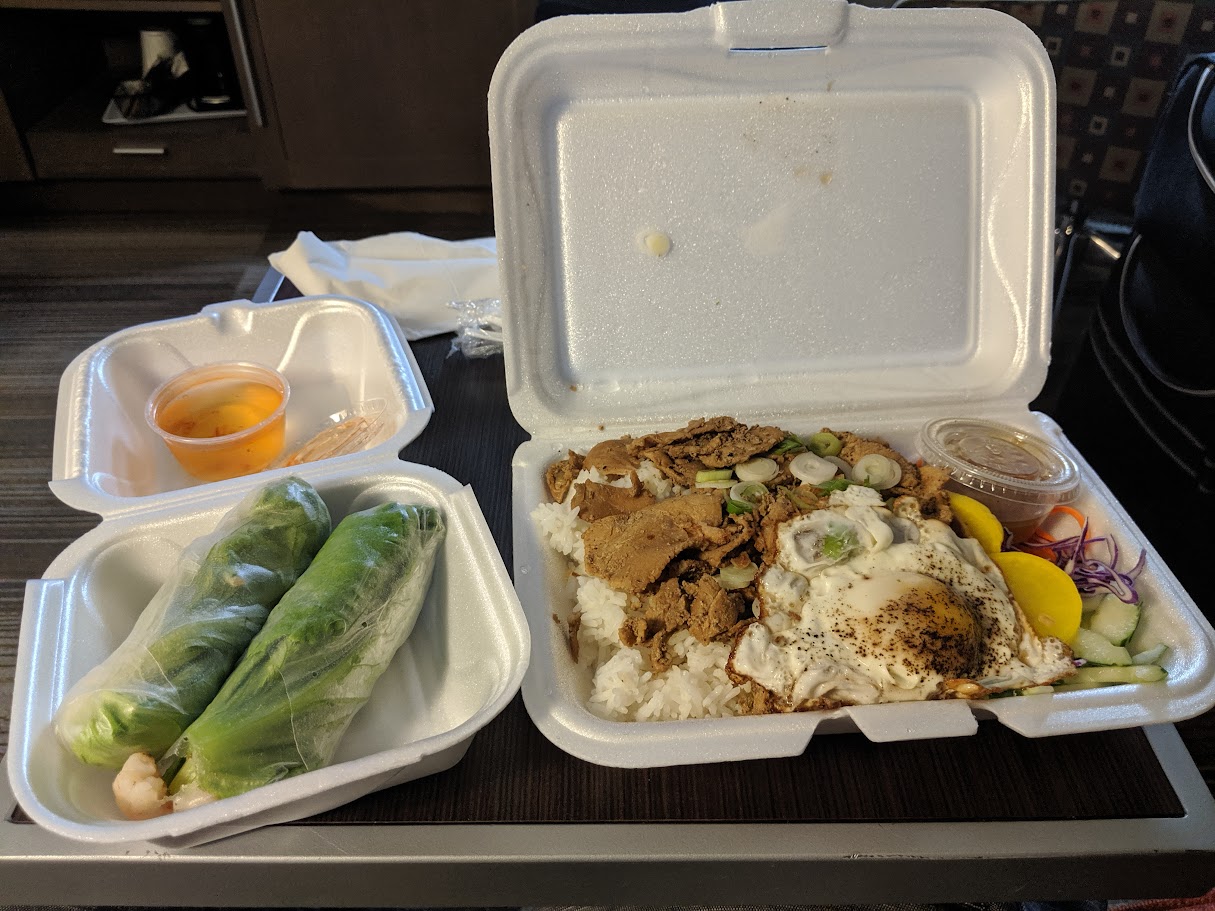 We got to the Hampton in an old part of town, but really I think all of this area is old town. It’s been remodeled with new world commodities, but the outside shells of buildings seem to be left alone. We didn’t have any time to look around or do anything but eat, but I really didn’t want to eat the Domino’s pizza after overhearing the three telephone conversations it took to place the order. Instead, I opted to use Uber Eats to order some food from a nearby place called Magasin Kitchen. I got some grilled shrimp spring rolls and something called a bibimbap rice bowl that I didn’t dislike, but didn’t super care for either. It was decent food, but just not quite what I was looking for.

Summer passed out early for me, but it was really probably kind of late for her. I’m really glad I’m taking next week off after having to wake up early all weekend for this.

Love that chicken from Popeye’s!