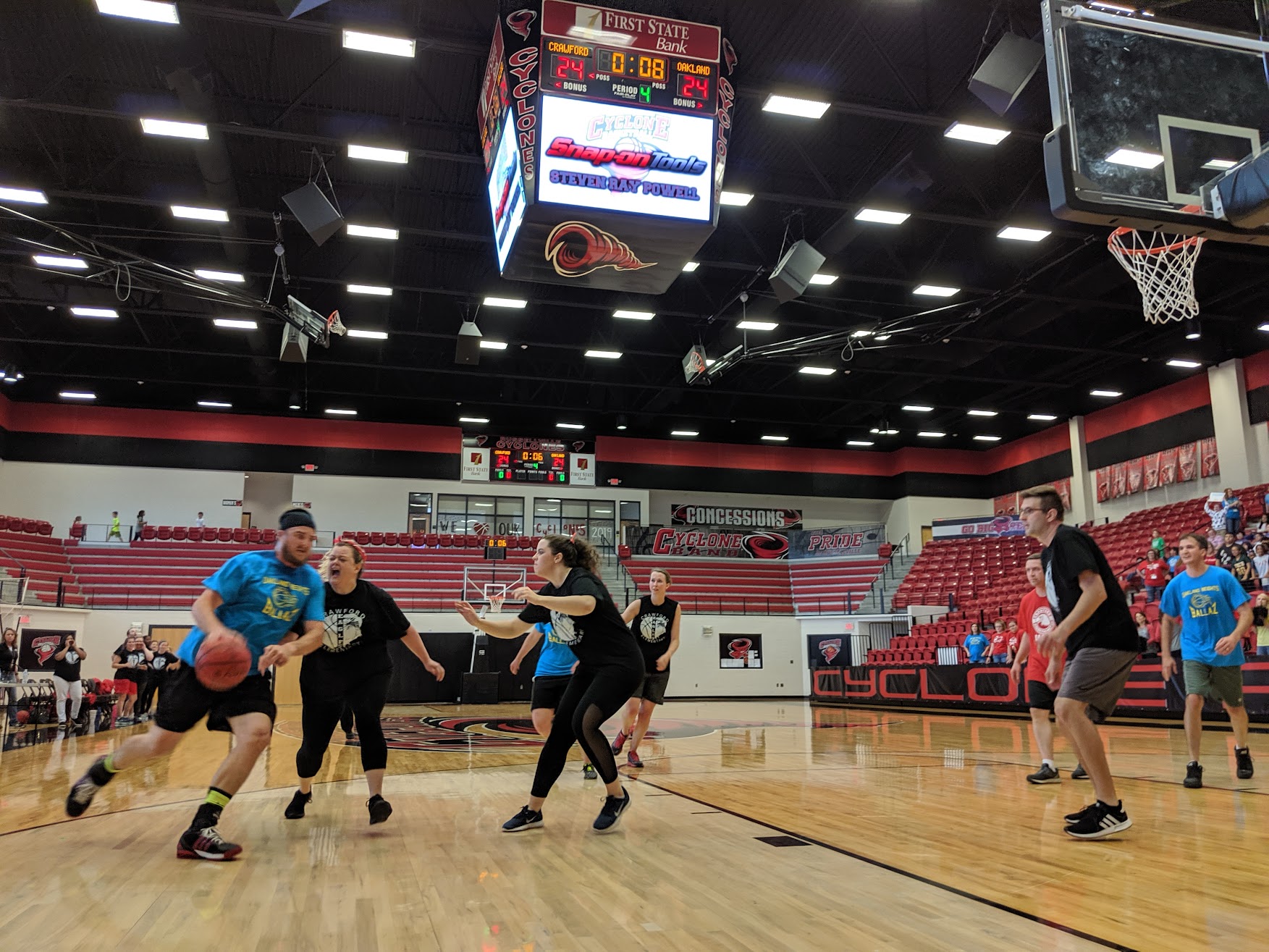 Crawford and Oakland had their staff basketball game this morning. I thought it was after school, but they reminded me that nobody would show up if it was after hours. They all bussed all of their kids to the high school arena, and had a rowdy game with an eagle mascot, and cheerleaders, and everything. Ben was playing for Oakland, so I tried to get the others to join me, but nobody cared enough. I noticed pretty quickly that nobody was around taking pictures up close, so I jumped right into the photographer role again. All I had was my phone, which was pretty terrible at catching the fast motion of the game, but I did what I could. I should have tried turning off HDR to see if it improved, but it’s too late now. The game went into double overtime and ultimately they agreed to end it in a tie where nobody went home a loser. It felt like the perfect analogy for public school.

After the game, I went to the junior high for a while and took care of some things. Summer and Autumn were going to leave for lunch, but I got stuck working on a phone issue and then got frustrated with some whining, so I just skipped lunch and went by Oakland, and then to the high school to work on keyboard bezels with Dale. He got some news that Ryan accepted a job with Thomas in Bentonville and sent a video of me working on laptops. Ryan replied with something about a timer and I had been curious for a little while, so I checked myself in at about six and a half minutes.

I left there a bit early and went to the shop to drop off a Chromebook. When Jason left, Ben, Gary, and I went upstairs to check out the refurbished auditorium. It looked better, but not great. The reverb on stage was too much to handle, and made basically everything incomprehensible. From there, I went to my parents’ house and had some leftovers before coming home to get ready and pack for New Orleans. Travel anxiety is always worse with other people involved, but having a checklist premade from previous trips made it easier.

Traveling on a bus for this long is going to be a challenge.