I slept in quite a bit today, snugly tucked under my weighted blanket. It was still a bit warm, but it may have been better with the new cover. All I know is that it’s going to be amazing in the winter. 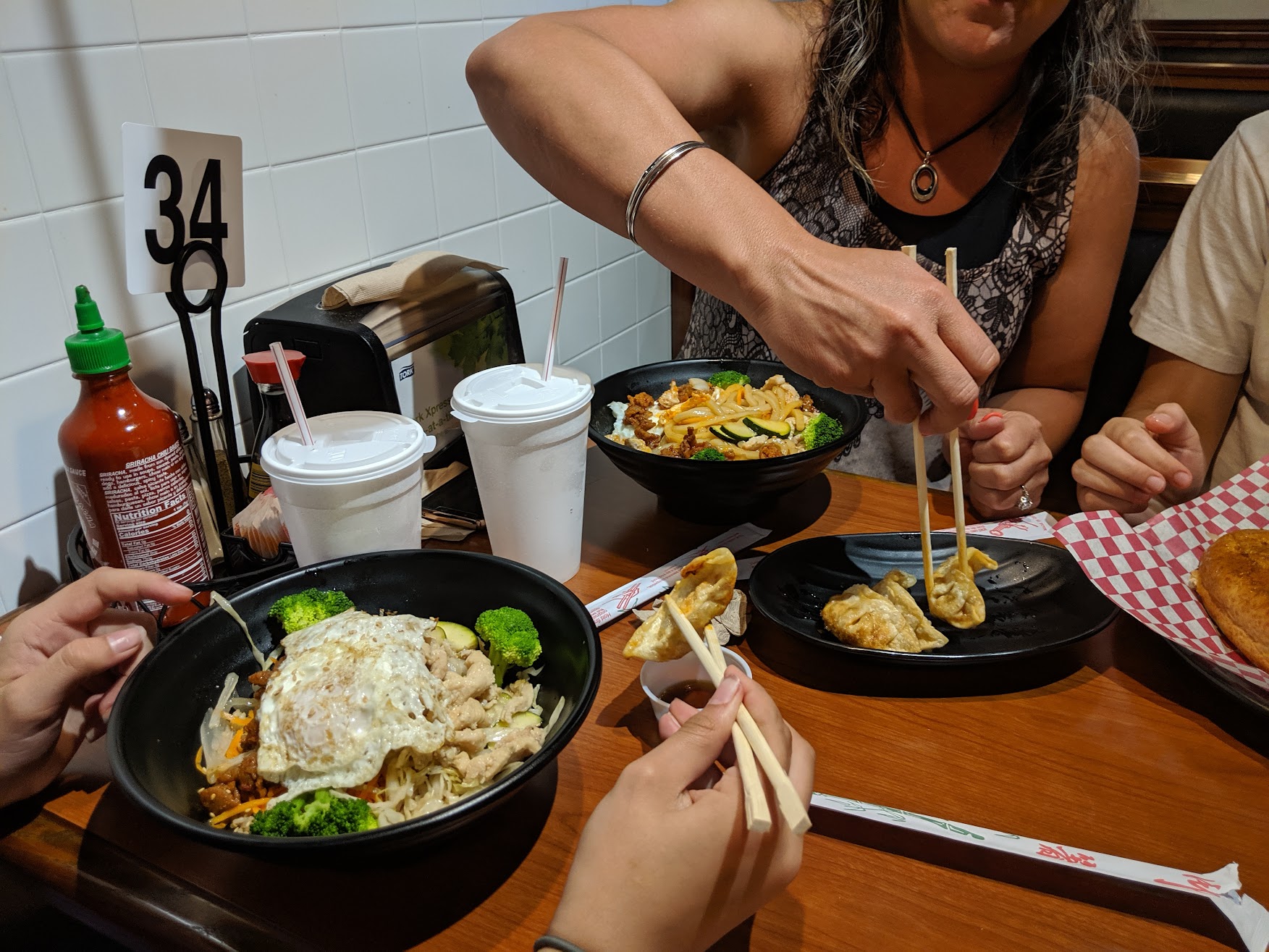 I got up and around, and went to pick the girls up to go to Conway. We were running more behind than I wanted, but Summer had chores she wanted to accomplish first. We made it there for a late lunch, but the barbecue place I spotted was closed for the day. On the way across town we noticed a Korean barbecue place called Bulgogi that had a 4.9 star review, so it was an easy choice to stop in. They had an assortment of rice, noodle, and ramen bowls, and even some cheesesteak sandwiches. I’ll give you one guess who didn’t like their food, but everyone that got something traditional really enjoyed theirs. The cheesesteak was even pretty good, but needed some sauce to spice it up a bit.

After we ate, we went to Sam’s to kill some time. Summer picked up a few things, and I thought really hard about getting some beach chairs. Ultimately I decided against them, because geographically it just doesn’t make any sense for me to own any at all. I really liked the whale though, and there are times when I wish I had some kind of folding camp chair. They had a rocking one that was pretty nice too.

We made it to the movie pretty early, and the previews seemed to run forever. The movie was good, but it seems that 2019 is the year of the women’s power movement. As someone who grew up in a household where the matriarch clearly wore the pants, I simply can’t empathize, and frankly I feel preached-at for no reason. When I hear a character say something sexist, I don’t need a woman to sing a song about it to get that the dude is being a dick. I already understand that he is a villain. It’s just a little too SJW for me, and it really takes away from the movies. I guess “it’s not for me” though, so I should just be quiet.

It started storming pretty hard right as the movie started, and evidently we had some flooding back home. It wasn’t too bad in Conway, but it never really stopped raining the rest of the day. When we got out, I took us back across town to do some shopping. Summer picked out some shoes at Shoe Carnival, while I wandered back and forth trying on every shoe in the store only to bring back nothing. Then we went to Dick’s for a missing valve stem cap, and the girl at the register remembered us and asked about the bikes. That brought us to a very late dinner time. Most everything had closed, so we ended up going to JJ’s Grill, which turned out to be more of a bar than a restaurant. The food was good, though priced like bar food. I had a fried bologna sandwich with an egg on it, which would have made a great, if greasy breakfast.

On the way home, I stopped at Andy’s and got frozen custard with Eaddie. The others wanted to stay in the car, so it felt kind of special to get out and have a treat for ourselves in the rain. When we got back into town, the usual half of us were ready to crash. Eaddie will probably stay up longer than me too.

The genie from Uncanny Lamp