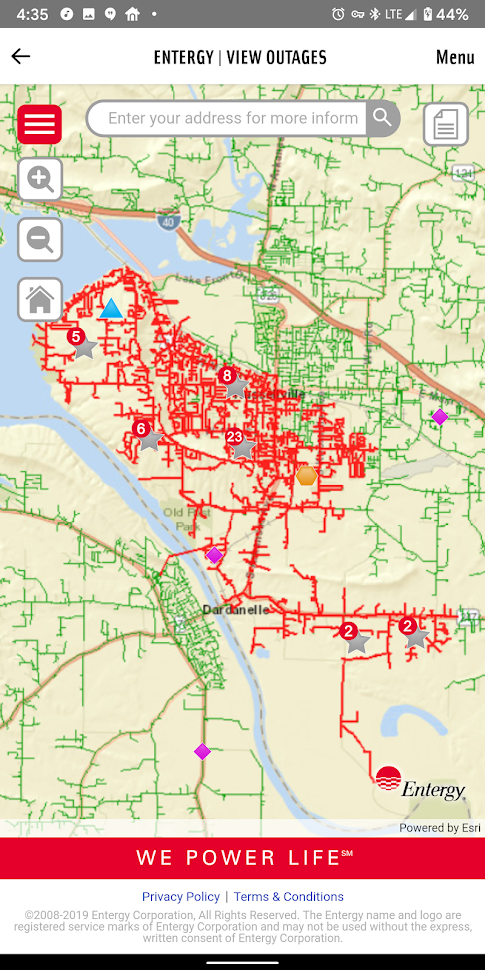 It’s been getting hotter every day, which I think has people more lethargic and irritable. Amanda needed my help running some cable at the middle school in the morning, and when we got back, we heard some of the others had gotten into a yelling match while we were away. Jason ended up taking the afternoon off, but Ben finally returned after nearly two weeks away.

Gary and I went to Foodies for lunch, which was pretty decent but super expensive. The gyro I had was good, but for the price, I would have just gone to Arby’s. The rice was pretty good, but I think our favorite was the cheesy potatoes.

After lunch, I took Amanda to the junior high with me to hang out while I tried to pack up a few things to move out. After a while she got bored and we went to the middle school and did a couple things off of her cleanup list.

We ended the day at the shop a little early because power went out. Evidently it went out momentarily for over half of the city, but it seemed to come back pretty quickly. At first I thought it was something the construction crew did while filling in our parking hole they had dug.

I ran home to unload some things that had been in my trunk, then got a much needed car wash on the way to my parents’ house for dinner. Summer brought all the kids over after karate, and we had a mix of eggplant soup and spaghetti. I ate too much because of picky eaters, and then we all headed back to her house for the evening. The kids continued with their misguided dummy nonsense on into the night since I couldn’t inspire them to anything else, which was of great personal frustration.

Stymie to the moon…