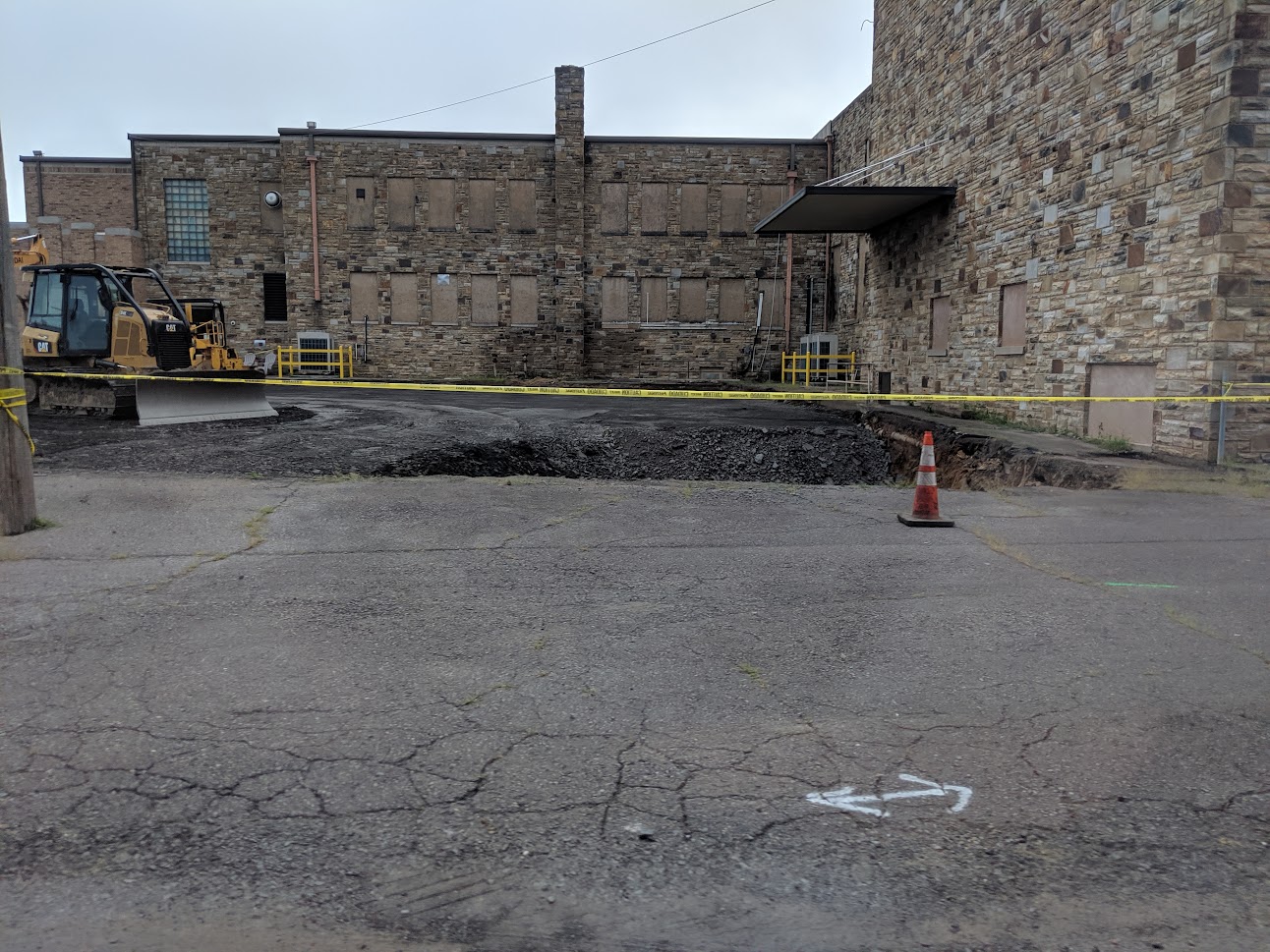 They’ve almost completely filled in the hole they dug to replace our parking lot. I was surprised both at how deep they dug, and how quickly they completed that much work. We had a super small crew today, so Jason took all four of us out to Center Valley to do some moving of equipment. He and Brice rolled together for most of it, while I wandered around with Allen and Amanda. They’re getting a bunch of new cubbies for the kids like most other elementaries have, so there were several rooms with technology that had to be relocated.

It was a pretty solid, yet relaxed day of work. We all went to Old South for lunch on Allen’s suggestion, and the place was absolutely packed. I saw Mr. Mathis walking in, and was a little surprised that he remembered and recognized me, and asked about my sister as well. The service was a bit slow on account of how many people they had crammed into the building, but was otherwise good. My pork chop was unremarkable, but the sweet potato was a good choice.

We spent the rest of the afternoon with more of the same until quitting time. Evidently nobody did a walkthrough of the building and gave Allen a work order for it, so Jason and Brice spent the last bit of time there doing that. When I left work, I went home to my hot house and changed before going to Asurion to pick up Josh.

Somehow, Josh had avoided any spoilers from Endgame after all this time, so I was excited to take him to see it. We wanted to eat a little bit of something before the movie, so we went to Chipotle first and split a burrito. Then it was straight to the Cinemark in a perfect amount of time to grab our collectible posters and stow them in the car before finding our seats. We both made it through the entire movie without getting up, and even a little longer since we stayed for the extra scenes at the end. The movie of course was great, but I thought the extra clip was a bit lame. I wish we had gotten the one with Morgan Stark instead.

After the movie, we went to Old Chicago for a proper dinner, and then headed back home. I turned my portable A/C down super low to hopefully cool the house a bit overnight, and then headed up to Summer’s for the evening.

Everybody wants a happy ending, right? But it doesn’t always roll that way.