We got up this morning and I started picking at leftover pizza. Summer took Eaddie to the gym, and after Autumn and Noah finished their game of Magic, we headed toward my parents’ house.

The first stop was Noah’s house so he could get what he needed for his job interview at Western Sizzlin. Then we stopped by Neighborhood Market for stuff to grill for dinner. It was a pretty tense stop, with way more anxiety than I was prepared for. We made it out as quickly as possible, but still not quickly enough.

Once at my parents’ house, Dad started Noah on mowing the back yard. When Summer and Eaddie got there, they swam for a little while until Noah finished, and we let him cool off with us for a little while until Summer had to take him to his interview. Then Autumn started mowing her half of the front yard while Eaddie picked up sticks, and then Eaddie finished up.

I got the hot links, cheddar jalapeño smoked sausages, beef franks, and Polish sausages grilled, along with the corn and asparagus. They had some bacon grease saved, so I used it with the asparagus, which turned out pretty tasty, though not as bacony as I expected. It was a pretty satisfying dinner overall, and afterward the others went to swim for a bit longer until it was time to go.

Noah’s interview ended up being an actual first day and orientation, as they had already decided to hire him based on his cousin’s referral. He’s really excited to start, but didn’t think to ask off for Spider-Man: Far From Home next weekend. Everyone else seems to think that asking off now would be bad form, so I guess he can be an adult now and figure it out for himself. 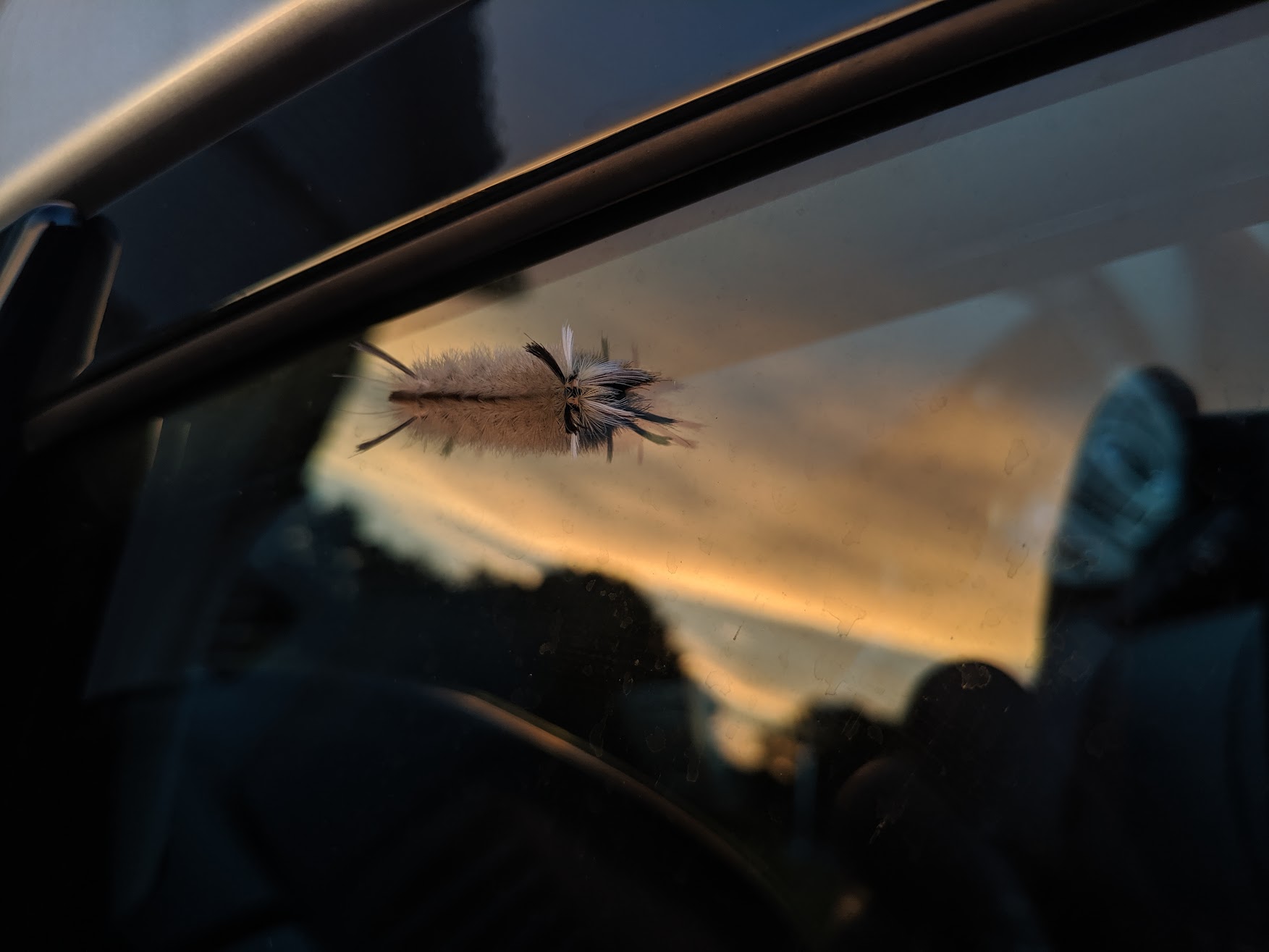 I stopped by Julie’s house to deliver some fish sauce and an onion, and then by my house to take care of some things. While I was there, I pulled the little fuzzy caterpillar that had ridden outside the car all the way from my parents’ house, and stuck him in a little container with some leaves. Finally it was off to Summer’s for the evening.

A murder most foul.