We all slept in quite a bit today. Summer got up and ready to hit the gym while I ate leftover Mexican. I cut up some potatoes and made some really skinny fries to go with some chicken strips for everyone else when Summer got back from the gym and from picking up Autumn. Immediately after she ate, she started super-cleaning the house while I more or less wandered around uselessly. I should have gone home to clean up, but I didn’t.

In the late afternoon, we got the girls loaded up to go swim at my parents’ house. I remembered that I had a pickup order ready at Lowe’s, so I ran in there first, then to my house for what was supposed to be a quick stop. My portable A/C unit had stopped because it was full of water, so I had to empty it out and clean the air filter before we left. Autumn had a couple hot dogs at my parents’ house before joining the rest of us to swim for a while. When we got out, I pulled out some super old fireworks to explode, and the girls didn’t seem to want any part of it. None of them really wanted to be around it. Summer at least got into some sparklers. 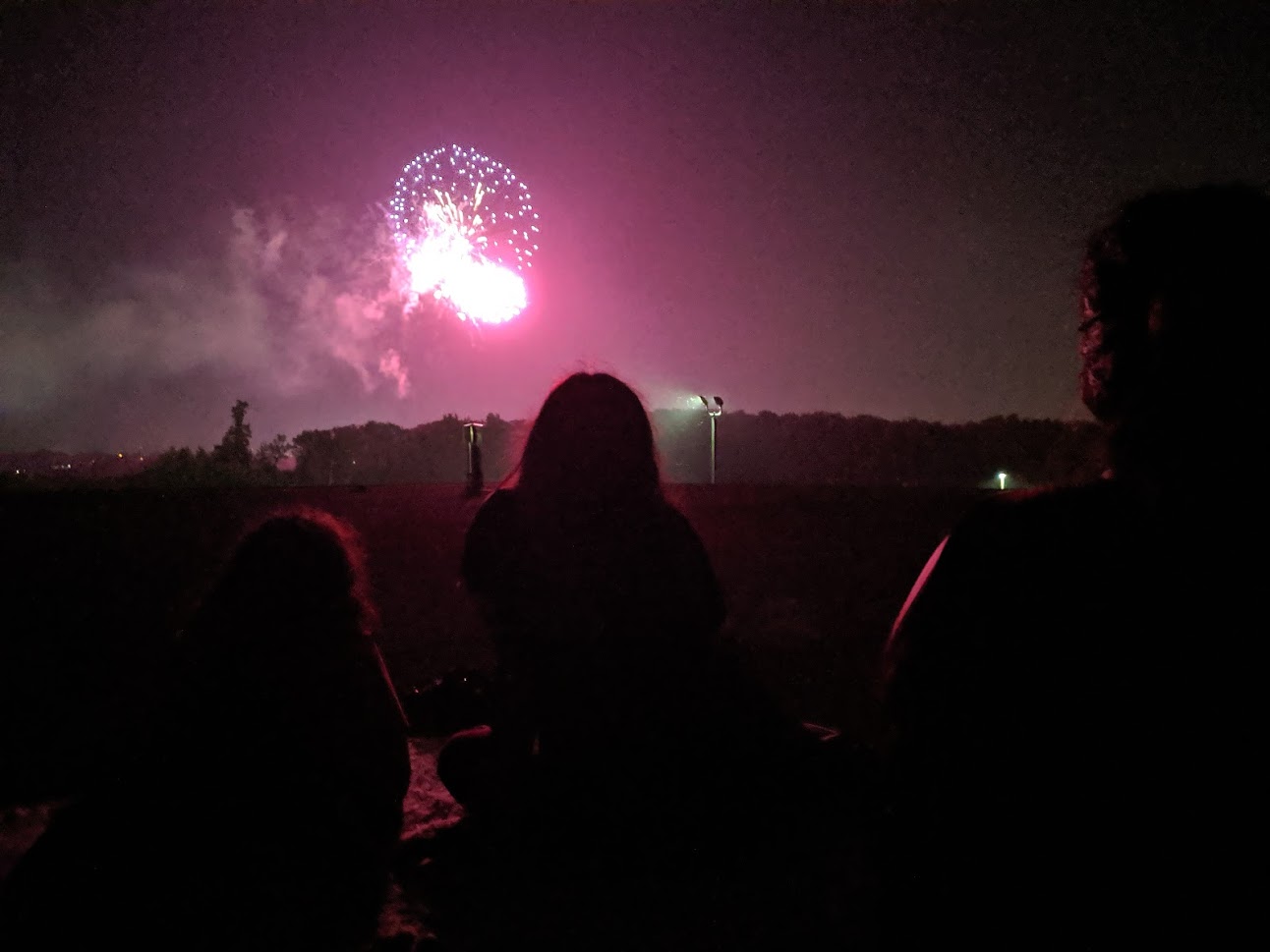 It seemed to get late pretty fast, and Amanda beat us to the junior high, so we left to get my keys I had forgotten at my house, then went to meet her there. The fireworks show had been moved to the aquatic center, and I estimated we would have a pretty good view from the roof. Mom and Dad brought some bánh mì for us to eat on the roof, and they watched from down below. Amanda’s crew had to split before the main show, but I think the better part was seeing the surrounding fireworks from around the city and even out of town.

The weather was nice, and there weren’t much in the way of bugs where we were. Once the show got started, I don’t think it even lasted 15 minutes. Most of the low stuff was hidden, but we could see bits of it peeking out over the trees. I assume you couldn’t see much of that from the ground. It was a great time though, and the girls really enjoyed it after begrudgingly climbing a pair of vertical ladders.

Once the show was over and the heavy traffic had left the parking lot, we headed back to Summer’s for the evening. Eaddie and I watched the first episode of Daredevil while everyone else went to sleep, and then we followed suit.

Is it sacrilege to celebrate the birth of America with a picnic of Vietnamese sandwiches?