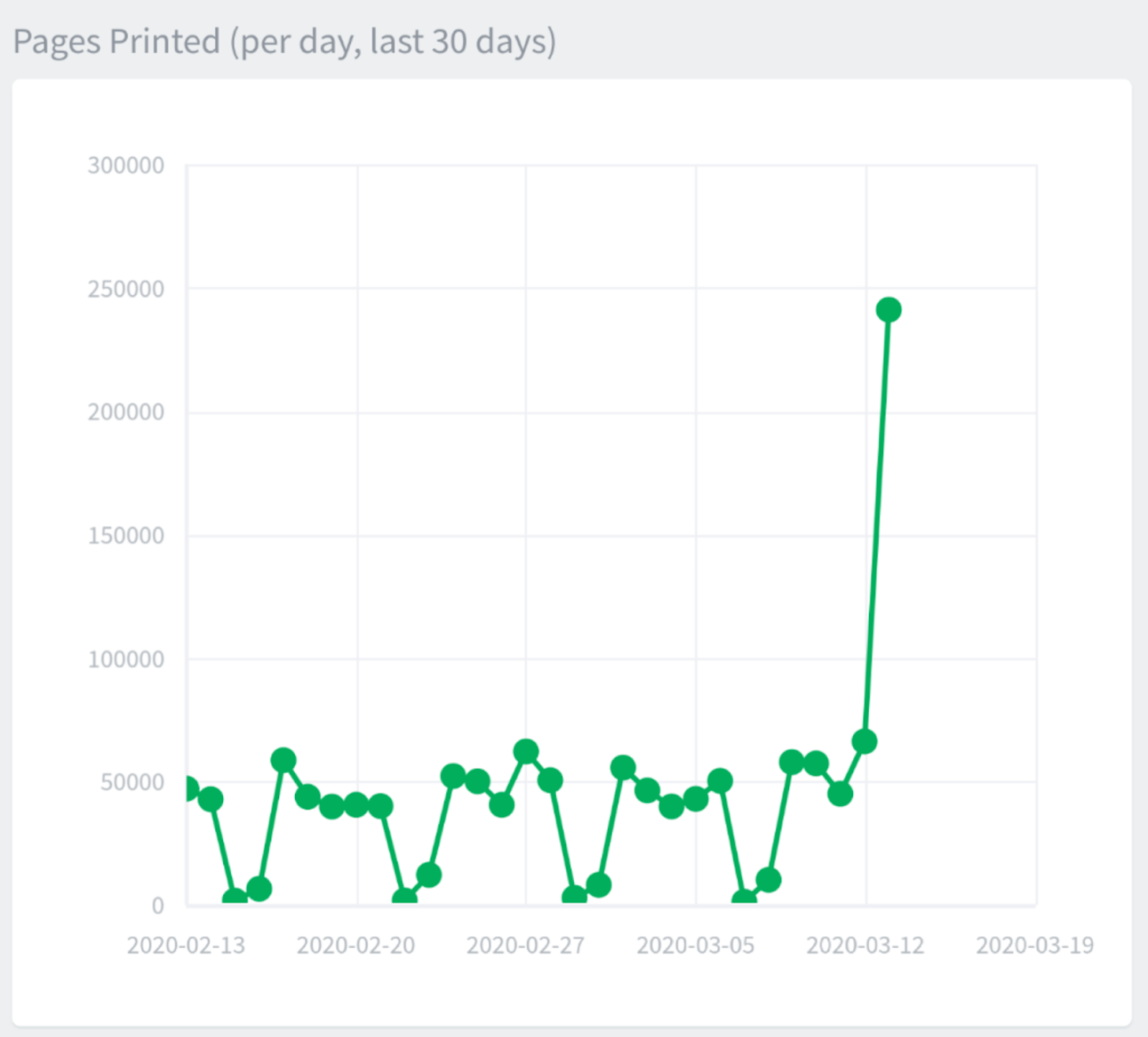 It was cooler and rainy today. Without any projects, I spent all day installing VPN plugins in case the high school staff needed to work from home due to the impending pandemic. I don’t know if this disease is any worse than usual, but I certainly don’t remember anything like this happening in the past. It could just seem worse because we’re so connected with the rest of the world these days.

Zach really wanted Brangus for lunch, so he, Gary, Greg, and I met Josh there to eat. I didn’t think it was anything special today, but it was nice eating a bit more food again.  Afterward, I ran around the high school some more, waiting to hear if they would shut down next week. So many other things have. The entire district has been printing packets of schoolwork in case the kids have to do some learning from home. We normally print around 50,000 pages a day in the district, but today we were up over 250,000 by the time I left. I got home and waited for Summer to get off work so I could meet her at Planet Fitness. I thought maybe going to the gym together would make up for some of the time we lose in the evenings now that she works so late. She put me on a bike next to an arc machine for her, and we did about 30 minutes of that. I was really hoping to be able to talk more, but she was so focused on her workout that I felt like a distraction. Nobody in the place really spoke at all, so I just felt awkward for that on top of already feeling awkward just existing there. The bike was doable with some pain in my right knee, but when she took me to the weights I absolutely hated everything about it. She skipped that after a couple reps and took me back to look at the stretch station, but we ended up doing just a few minutes on a couple treadmills instead. She ended up having to cut it short, and I just decided to split.

On the way out, an immense feeling of sadness washed over me for some reason. I didn’t really understand why, but I suspected it was some combination of the weather, the emotionally trying week, and being exhausted from the roughly eight hours of sleep I’d had since Monday. I went home and laid down for a while before having a long bath and then heading to bed late again.