I haven’t been able to sleep in much this weekend for some reason. I don’t know if it’s just too bright outside or if it’s because of the head cold, but it’s been tiring and annoying feeling so drained. Summer headed home to get her chores done while I spent all morning preparing potatoes to bake in the afternoon.

The girls came home all gross, cranky, and uncooperative because they were tired and apparently good personal hygiene is out of fashion. The twice baked potatoes ended up taking me quite a bit longer to make than I expected too, but I still had them finished right as the girls walked in the door. We made it to my parent’s house about an hour late, so everyone had already started eating without us. The girls weren’t very hungry anyway since they ate with their dad, but Summer and I filled up.

Julie made keto food and said she made cauliflower rice. It was cauliflower, and I don’t get why these people have to call it by the wrong name. I guess if I eliminated a food group, I’d be a little crazy too. As they were leaving, Mr. Houston said he moved in next door, so that will be new I guess. Nobody stuck around for very long after dinner, and we weren’t an exception. Summer and I had to get back to move some furniture out of my house. 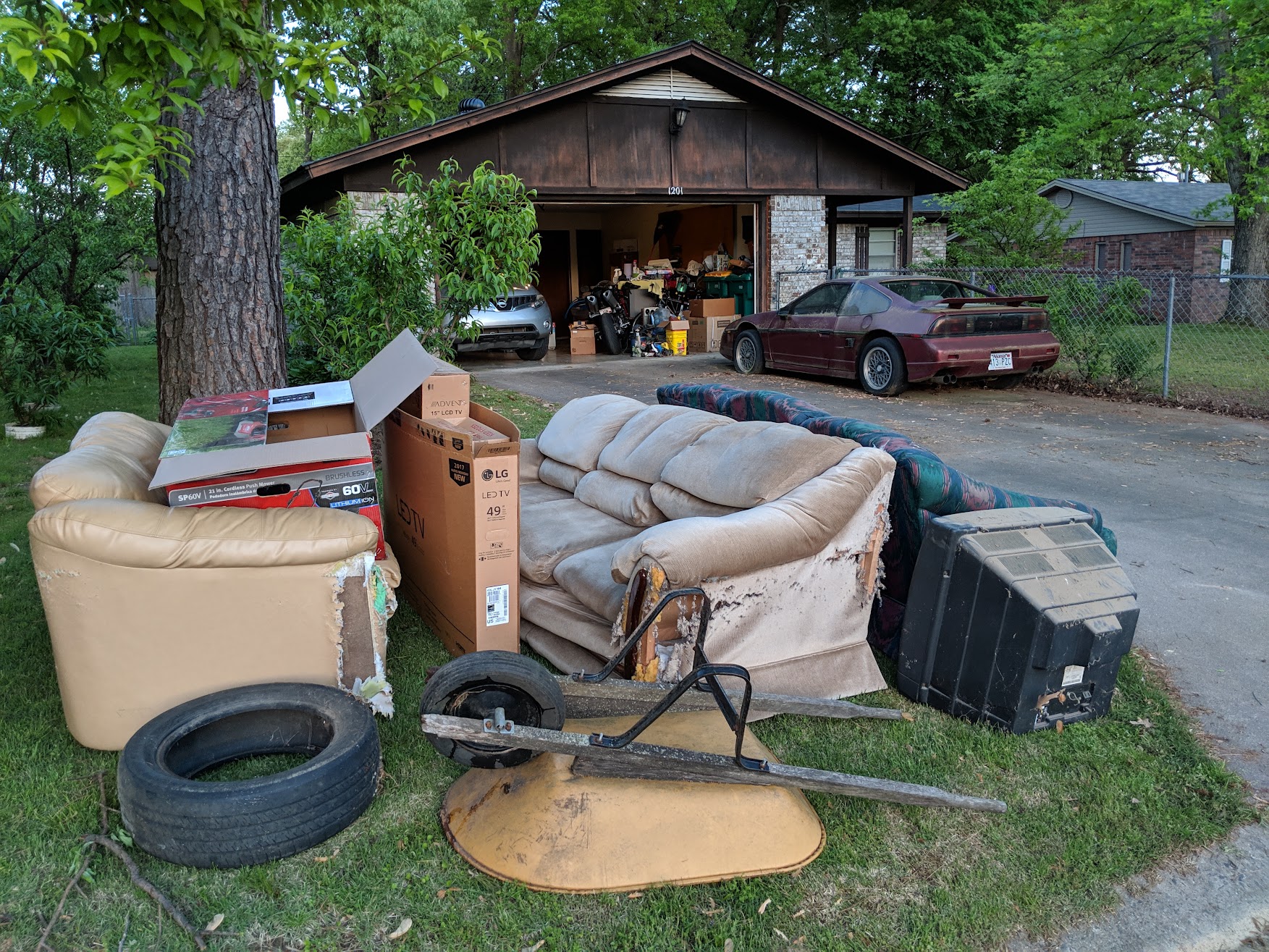 Bulk item pickup comes twice a year, and I refused to miss it this time around. I set calendar reminders for both Summer and myself, and we planned to move at least one couch out of the house. We ended up moving three. I no longer have a huge amount of seating, but it seems like nobody comes around these days anyway. It was nice to get rid of so much stuff all at once. Random scrappers came by and picked up two lawn mowers as quickly as I put them out. The rest I suppose will sit until morning. I’ll probably continue to feel guilty about trashing old shoes and boots for the rest of my life, but it made Summer feel better. I really should have cleaned them up and donated them, but it hadn’t happened in this many years, so I guess it was just as well for them to be thrown away.

Cleaning the cat box has become a total nightmare, and I had to do a load of laundry before bed. I guess change will feel better eventually, but right now it’s hard not to feel a little jarred.