We got up this morning and headed to Little Rock for lunch and an IMAX showing of Endgame. Our first stop was at Sam’s to pick up a bag of rice for Summer’s mom, and then we went to Chuy’s to eat. The food was amazing as usual, but looking back it was probably too expensive to be taking all of those youngsters. They end up ordering cheaply made food and not enjoying the value of the more expensive dishes, but everything there is a bit higher anyway. I’d love to go to happy hour at some point without them though. 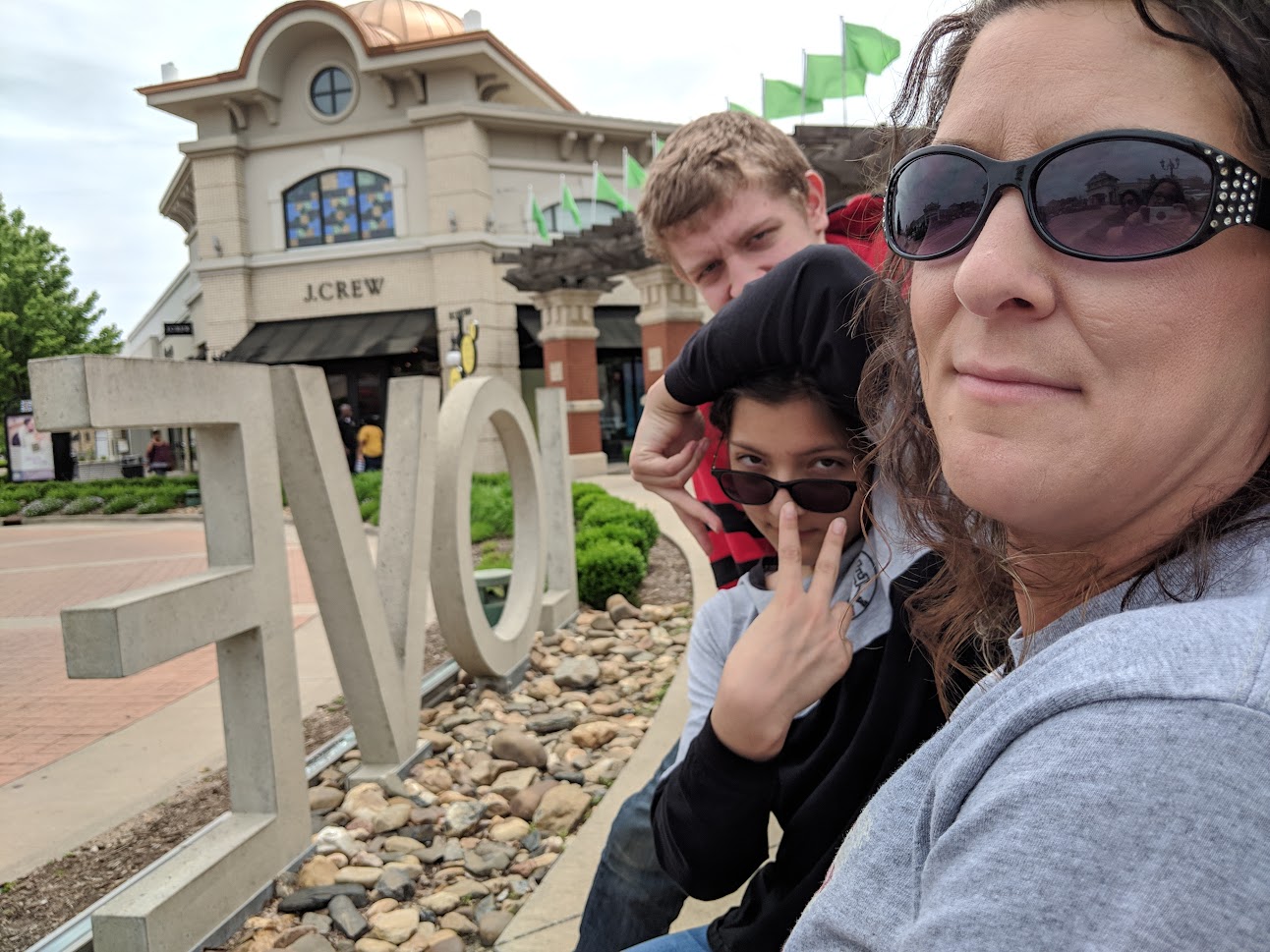 After we ate, we went to The Promenade At Chenal to walk the food off a bit. We never even made it to any of the stores, and just did one loop around the area. We did make a couple stops at some benches to rest, kill some time, and take a few pictures. I made Summer mad because I wouldn’t pose with her in front of a concrete LOVE sculpture, but I didn’t like having to get someone out in the street for a proper angle. I did take a couple from behind that could be mirrored, but by that time nobody would really cooperate anyway.

The kids walked on ahead to the theater, so Summer and I went on in even though we were over half an hour early. The entire process was ticketless, which was kind of a bummer for me because I like keeping them as a sort of souvenir. My glasses were dirty too, but they washed well in the sink. The kids got some small popcorns and drinks, and we made our way to our seats. All of my bladder training paid off, and I made it through to at least the start of the regular credits.

Endgame was an amazing movie. It was constantly full of emotion. I thought there were some moments that could have been shortened a bit to shave some precious seconds off of the total film length, but I was pretty happy with the screen time that the characters got. I wasn’t a fan of Captain Flythroughyourships, and I was surprised to see her get a lesbian haircut in the middle of the movie. I also didn’t really care for the girl-power moment. I’m all for powerful female characters, but we already had some that we killed off. What happened here was too forced. In the end, I thought they did a fantastic job of bringing the story to a close. I’m interested to see where Spider-Man goes from here.

We weren’t really hungry after the movie, so we headed home to drop Noah off, and then we watched some Parks and Rec until bedtime.

I am Iron Man.