There weren’t any projects to be done today, and I got called to Oakland first thing, so I just spent all day there working on a printer issue. They were having their field day, which seemed like lots of fun, but I didn’t really make it outside to see what they had going on. I did eat a lot of popcorn though.

Brice called for Brangus for lunch, and then Dale ended up buying for all seven of us with his bonus employee of the year check. I was pretty proud of eating only half of my smaller-than-usual spud, which is starting to sound pretty good right about now.

Jason let us leave early, but Zach, Gary, and I sat around chatting for a while after, and ended up leaving around the regular time. I headed home and waited for the girls to come over so we could go to the spring picnic at the marina.

We stopped by the Neighborhood Market to grab some snacks along the way, and then headed out to the park. It was a pretty small turnout for as loud as they had the music cranked up. The weather was pretty nice though. The skies were clear, there was a bit of a breeze at first, and it didn’t really feel hot until I got moving around a bit. I ran into three people that I knew in the band alone. I didn’t even recognize Dylan for his huge beard and all the weight he had lost. Nathan looked about the same as I last saw him at AT&T. I actually didn’t really know David, but he was a friend of Julie’s evidently. Aaron was there grilling hot dogs for Arvest. 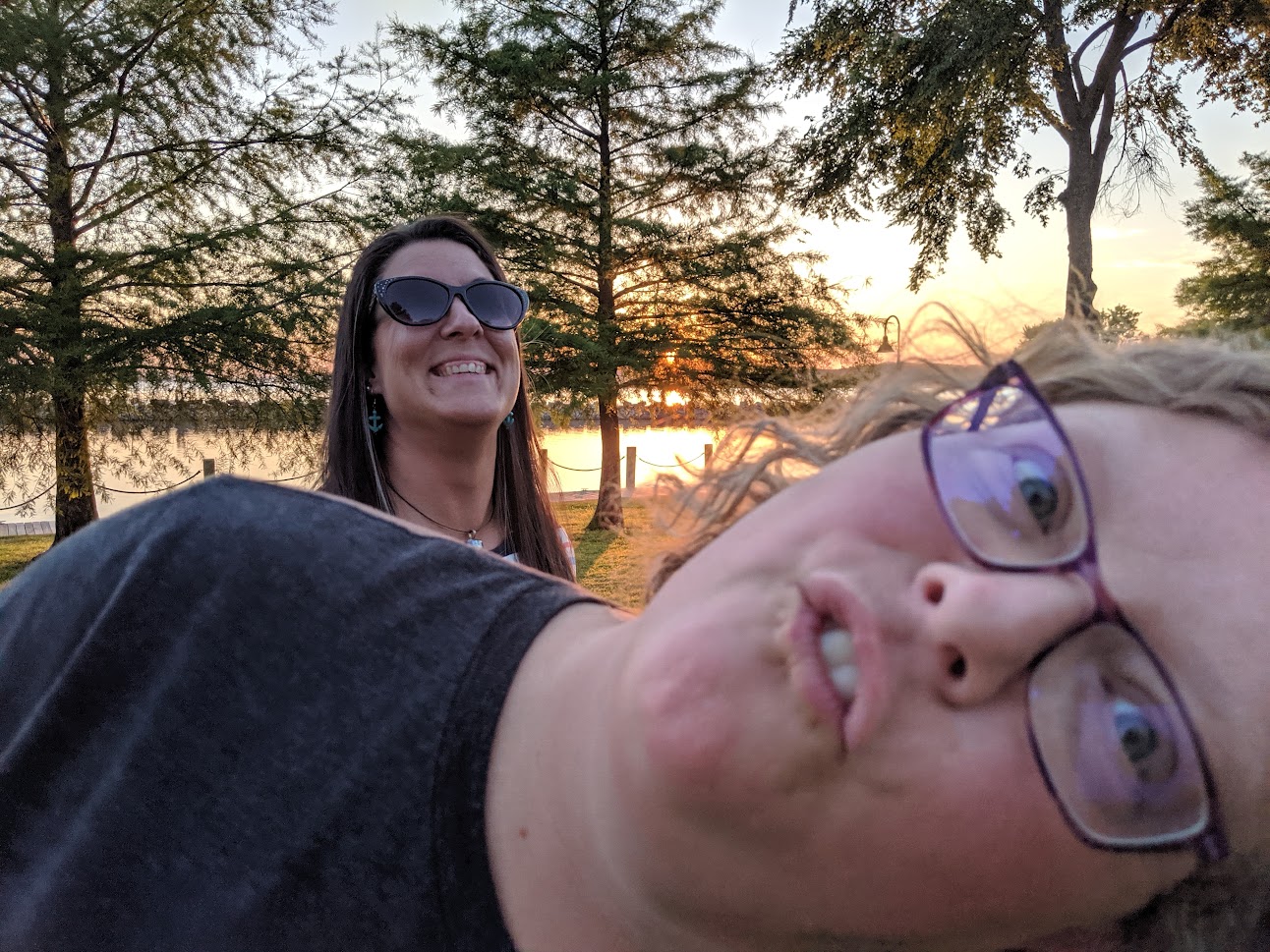 We stuck pretty close to Ronda and Steven most of the evening. The girls wandered off and kind of did their own thing for a while. I took the opportunity to jump up and take a bunch of photos that seemed really good on my phone, but looking at them on a computer screen left me a little disappointed. All of the official funsquad members were content wandering around on their phones recording poor vertical videos, or streaming live to the internet. I had to try and show them up by getting into the action a little bit, and even took a few photos from behind the band. I got at least one pretty decent picture of Mark up on stage playing with the band too.

After that wound down, we came back to my house for a bit to clean up, and then went to Summer’s for the evening. Eaddie stayed up and watched several episodes of Parks and Rec with us until Summer was ready to pass out.

Would have been a nice evening to sail.