We lacked any real leadership today, so those of us that were left mostly finished the task of collecting Chromebooks. We got a ton at Sequoyah before lunch, but ran out of chargers part of the way through. It took us a while to get an answer for what to do from there, but eventually we were told to just send them on without chargers. I figure we can find most of the chargers we need to ship back, but some will come out at the end of these leases.

Gary, Dale, and I went to Bocadillo’s Frozen Desserts for lunch, and it was both amazing and expensive. The lunch specials seem pretty great, so I’ll have to leverage that next time. Otherwise, we could feed the family with the CheatMeal for a day or two. To cap off my assortment of tacos, I had a mangonada that was to die for. It was truly perfect.

After lunch, we finished up with Oakland, where I had to weave around through the cramped aisles where all the rooms had been gutted for carpet cleaning. We ended up missing about 50 Chromebooks somewhere, but some of the guys think they forgot to check the Upper Elementary 5th Grade library. 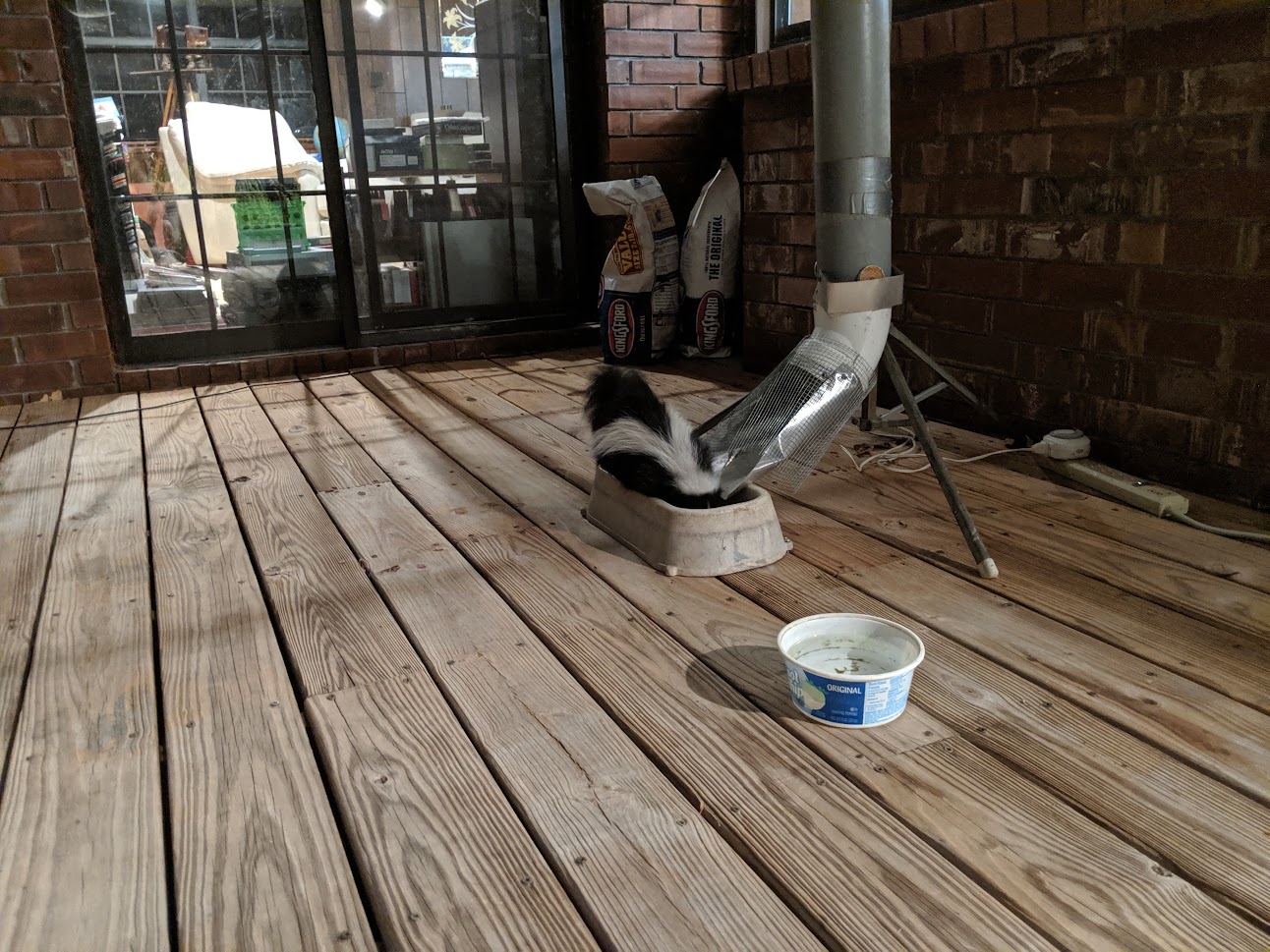 When I finally left work, I ran home to take care of the fish before heading to my parents’ house for a swim. I wasn’t super hungry, but by the time Summer got there and swam around a bit, we had enough room for some spaghetti. On the way out, we got to see a skunk in the cat food. It didn’t seem too bothered, or even aware that I had come outside, but I was too chicken to get very close. Maybe next time.

Anyone that knows me would know it doesn’t matter if I have a use for it.