I had to take an alternate route home this morning due to railroad construction, and then the extra traffic on the way in to work very nearly made me late. I spent all morning with Brice doing the cleanup work orders at Oakland. Allen came by and helped after taking care of something else.

Ben brought smoked turkey for lunch, so I had to run to Neighborhood Market for my side. I brought potato salad and rolls, because I didn’t realize Jason was bringing some kind of cheesy potato salad type dish. Both people in front of me in line paid by cash at the self-checkout, which was stupid and slow. Why do people use money?

The afternoon was more of the same, with the addition of Amanda and Jason for a short while. Summer and Ben stopped by after Mark stood them up for their meeting, but I couldn’t really help them. Ben let us have a working lunch, so most of us left early. I ended up going to the high school to drop off some things first, where I got caught up chatting with Bryan for a minute outside. I didn’t realize higher level administrators had the same number of contract days that we have. 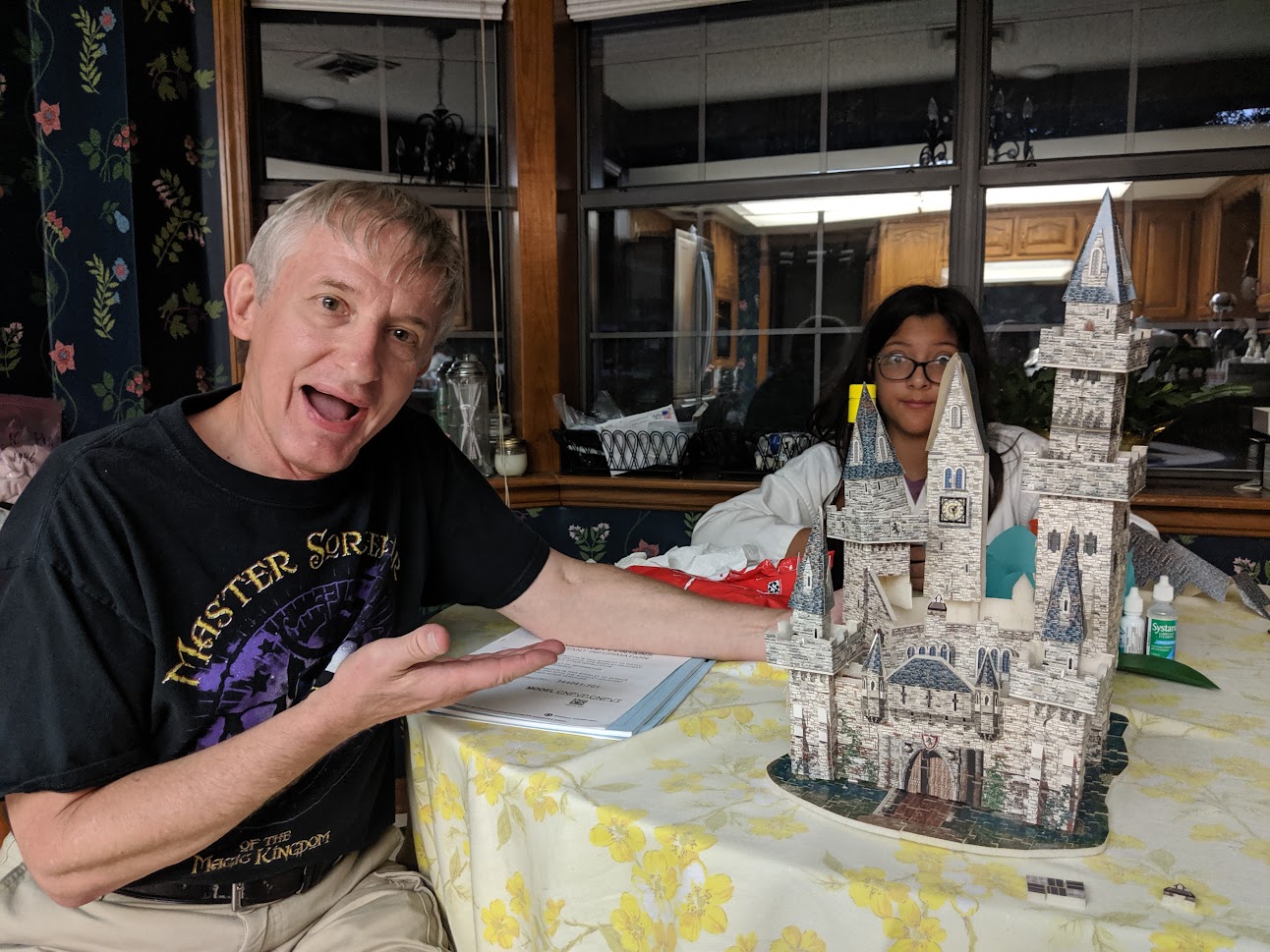 I stayed super late in my new office, hooking up one of my speakers and contemplating a desk move. Then I went home and started water changes in all of the aquariums before having to pick Eaddie up from karate. We went by my parents’ house without any real plan, where we ended up eating some leftovers and doing puzzles. Eaddie was doing them on her phone, while I put together a 3D castle that Dad pulled out of the closet.

We headed back to Summer’s pretty late, and I was so exhausted that I just crashed there. It took my house a frustrating hour to cool down four degrees, and I don’t know if it’s the weather, or if there’s something wrong with the new unit, or if it’s just not designed to be shut off for long periods of time. In any case, I need to spend some more time at home now to take care of all of this stuff. I just feel like I’ve been run over by a school bus.

“And at the end of it all, my only regret is not spending more of my life working for a living.”  –nobody ever