I would have expected to be put on Chromebook enrollment this morning, but instead everyone was sent off to do their own things. I’m sure a few work orders were probably completed, but the two pallets of Chromebooks aren’t going to enroll themselves, and it won’t be long before we have a bunch of desktops to image for various buildings. I went to the high school after a while, but even then I really wasn’t overworking myself. 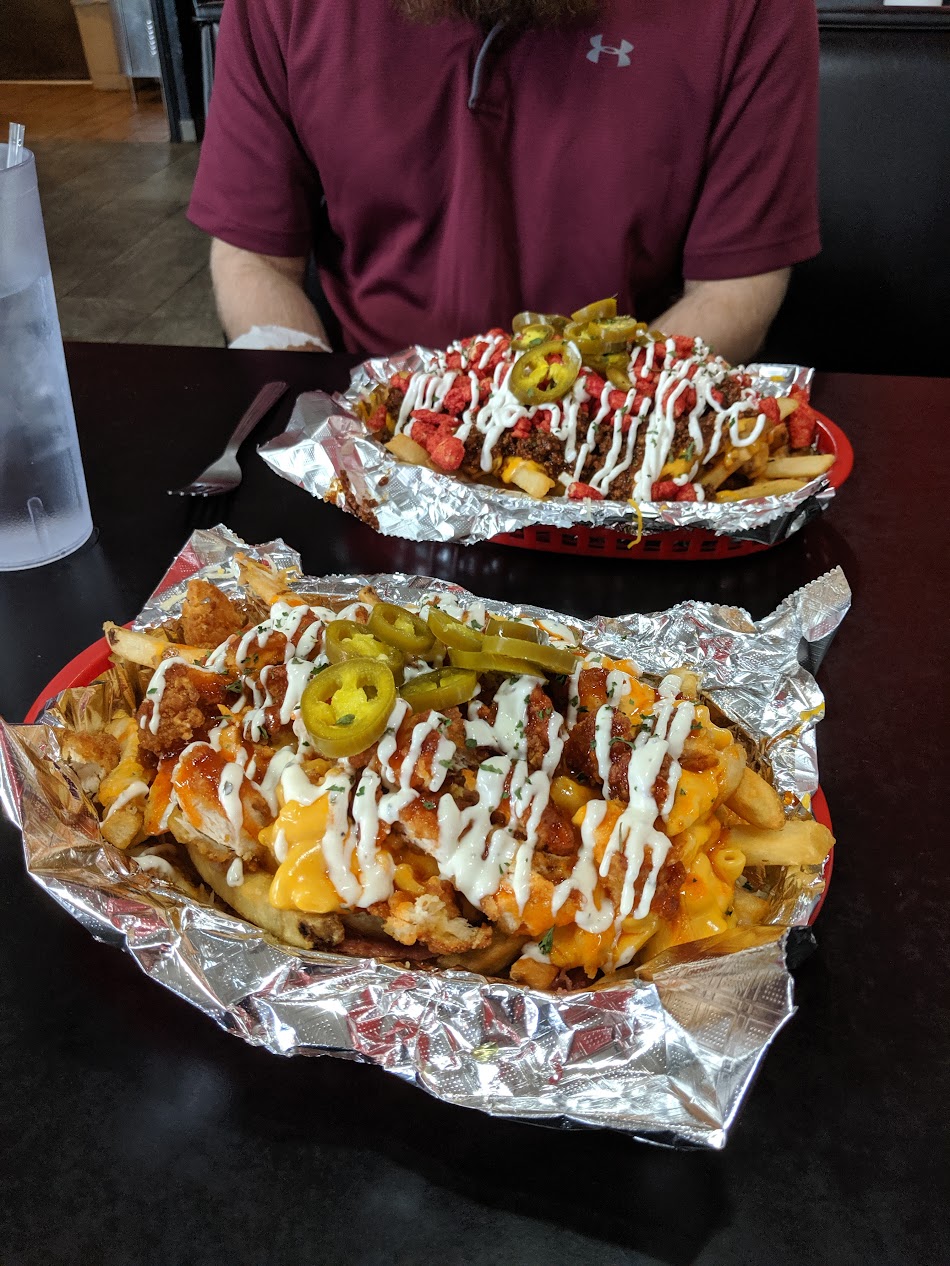 I rode back to the shop for lunch and came across Gary walking to Smackin’ Wings and Things, so I decided to join him for a Fryday. I had the Curious George off of their specials menu, which was a heap of fries, macaroni and cheese, bacon, boneless buffalo wings, cheese, sour cream, and probably something else that I’ve missed. Gary had something like chili cheese fries with Flamin’ Hot Cheetos on top. They both looked amazing, and I know that at least mine tasted really awesome as well. We both only made it about halfway through before giving up.

The majority of my day was spent trying to image a Dell 2-in-1 device. I was excited to get to mess with the task sequence with Gary to try and get it working, but unfortunately I won’t know until next week whether the new image will work.

After work, I stopped by Superfast to give Summer my leftovers. Then I went home to change and clean up a bit before heading to my parents’ house for their anniversary. Dad rode the Grom around the block and came back grinning. Then we went and picked up a bucket of chicken because Mom didn’t feel like getting out. Summer and Eaddie met us there to eat, and then Eaddie swam for a bit by herself before we left.

Summer had to crash early in order to get up tomorrow for Autumn’s explorers competition, so I went to pick Noah up from work. Then the three of us stayed up late watching Jessica Jones until I just had to sleep.

Gotta get down on Fryday!