I got up a little earlier today and started picking at the house again. It was cooler out, so I tackled a pile of stuff in the floor of the garage, organizing things as I went along. I’ll still have to find permanent homes for everything, but at least now most of it’s out of the floor and in boxes. I even threw away some stuff, like a box of tractor-feed paper.

Summer fried chicken for tacos, but I felt to gross and dirty to get out right then. Eventually I gave in to the hunger for fear of not eating and getting stuck with a late lunch/early dinner mess of a schedule. Just as I left the house, Summer rounded the corner with some tacos, so I came back and ate at home before digging back into the garage.

The day creeped along, and I slowed down as things got hotter. It finally got to a point where I no longer wanted to be outside, so I came in to shower and then headed up to Summer’s for dinner. She pan-fried some fish for fish tacos and made an avocado sauce to emulate what I described to her from Bocadillo. Autumn skipped out and went to spend the night with her grandparents, so Summer, Eaddie, and I got to split it one fewer ways. Then we watched Aziz Ansari: Right Now before heading back to my house. 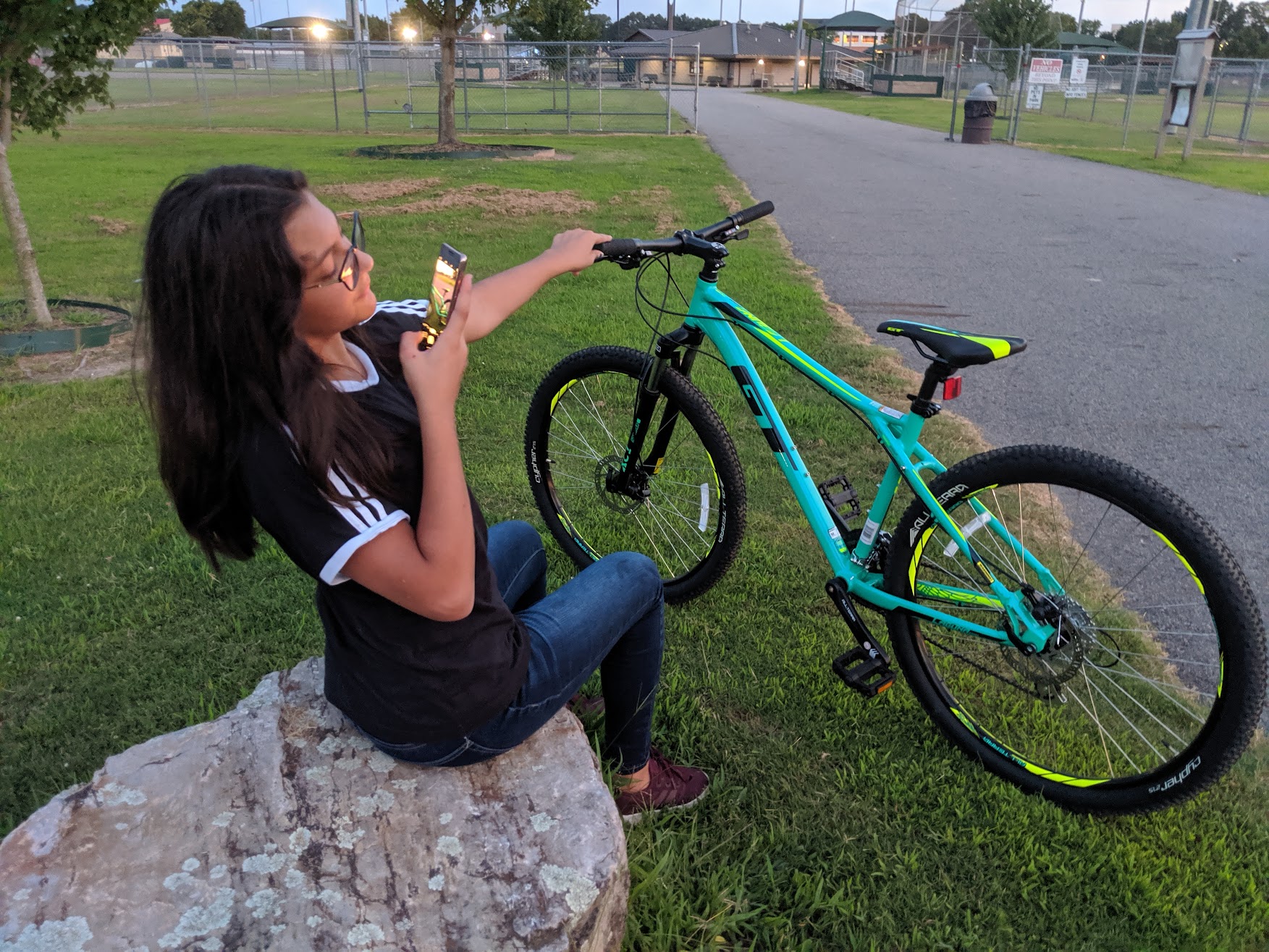 It was finally time to get Summer on the bike, so she and Eaddie rode their bicycles to the park and I caught up to them on the Grom. Then Eaddie and I rode around in circles while Summer practiced starting and stopping in a straight line. The more I watched her, the more I wished I had a bike like that when I was learning. All of the bikes I’ve ever owned were way more top-heavy, and made it more difficult to balance. The Grom is so puny that even when she stalled or accidentally revved the throttle in a stop, she was able to land on both feet. Dale and Neletta spotted us out there and stopped to chat for a minute, which was really nice. I hadn’t seen him since he left, and had been meaning to call.

As darkness approached, we all road back home and put everything away. Eaddie and I watched an episode of Jessica Jones while I did a load of laundry before bed.

That was a weird comedy show.