I had to learn all manner of things today. I felt spread super thin across all kinds of random and artificial fires. Everything was super urgent to everyone, and it was up to me to bring everything back down to an appropriate level. Amber’s been bombarding all of us with things since we came back from Christmas break. I didn’t even get to really touch any of the 1:1 stuff today, which has been their primary concern all week. I did get a fair amount accomplished, but every time I turned around, I had to figure out some new system. I didn’t mind it so much. If anything, it was entertaining.

Ben texted about Popeye’s for lunch, so I met him, Zach, and Allen there. I actually had a pretty good experience with my food being regular sized and not puny, and I even had a coupon. I tried to make a better decision with smaller portions, and the price was right.

Afterward, I spent a while at the shop working in the Google Cloud Directory Sync, which was something I toyed with back when it was GADS instead. With a little help, I resolved another of Amber’s hot ticket items for the day.

I spent the remainder of my day at the arena, trying to figure out why their AV equipment wouldn’t wake up from sleep. I shot off an email to who I thought was our supplier, but it sounds like that was a bad lead. More figuring tomorrow, I guess. 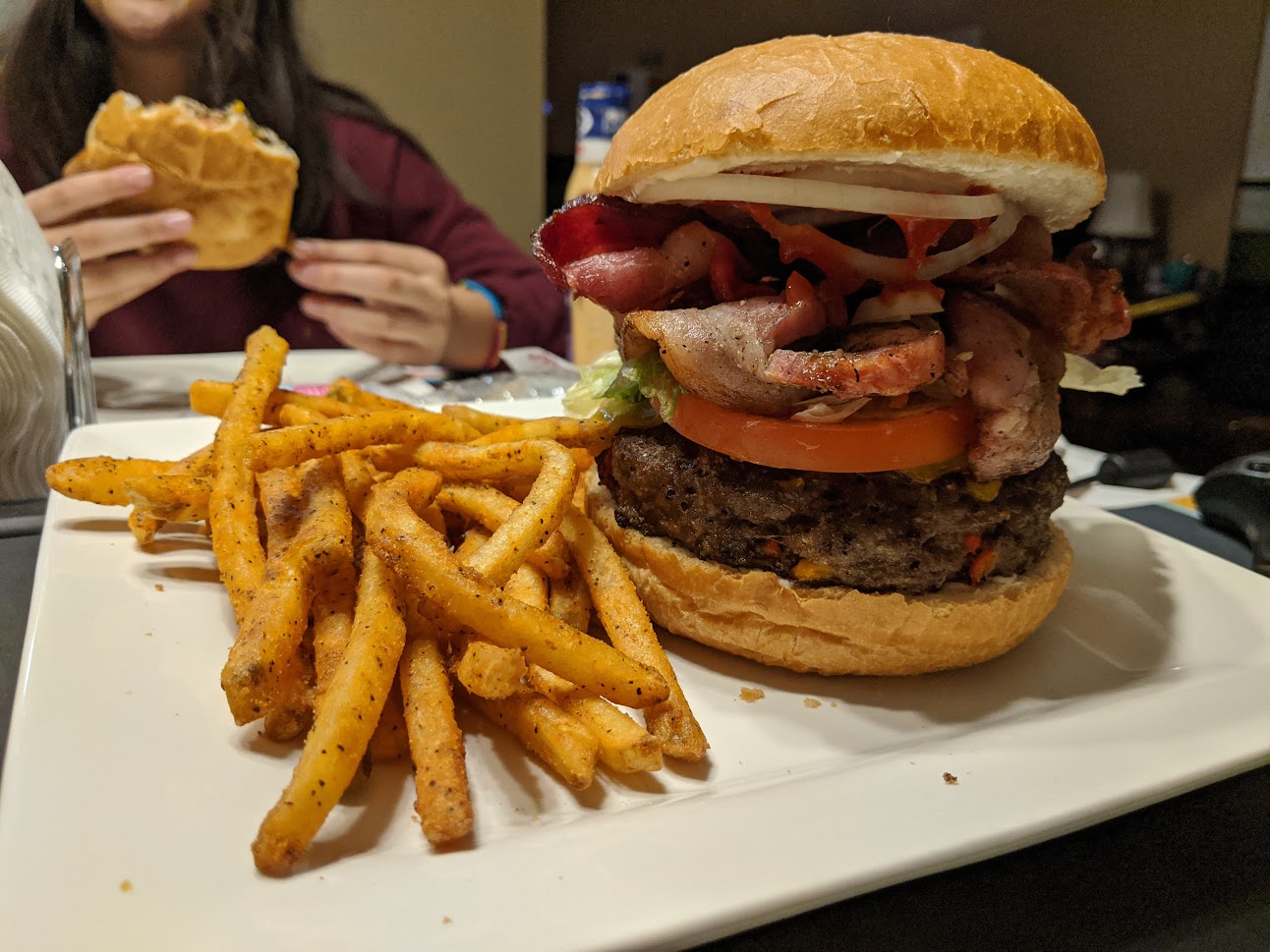 I didn’t get to spend very much time at home before I had to run to Walmart for some dinner. Summer wanted to grill burgers, and had to get the girls late, so I picked up a couple things and headed to the house to start the prep. The girls weren’t feeling up to helping a whole lot, but Summer did manage to help enough to get everything ready at approximately the same time. I grilled a bunch of bacon and made massive hamburgers, and felt a particular pride when even Autumn got up from dinner with a clean plate, especially after I had gotten adventurous with the burger patties.

Summer and I finished the evening with another episode of Glee. I hadn’t forgotten how that show made me have the occasional feeling, so I’m glad to commit to finishing it for once.

And somehow I managed to fit the whole thing into my mouth.