I was so incredibly tired this morning that work got me into a bit of a cold sweat. I jumped right into things, trying to track down a buzzing sound in the Oakland A/V setup. Jamming to some sweet classics, the lunch ladies came out dancing. I’m told there’s a video of me being unwillingly pulled into that somewhere. The preschool kids got a kick out of Baby Shark during breakfast. Fortunately I was able to fix the buzz with a ground loop isolator. Coincidentally, I ended up needing another one in a different classroom as well, but it didn’t seem to help as much there.

There was a call for Chick-fil-A, but I lead a larger group of people to the far superior Zaxby’s instead. Poor Zach had his order cancelled on the back end and ended up waiting forever to get his salad. Everyone gave me their toast. I ran out of time before food. 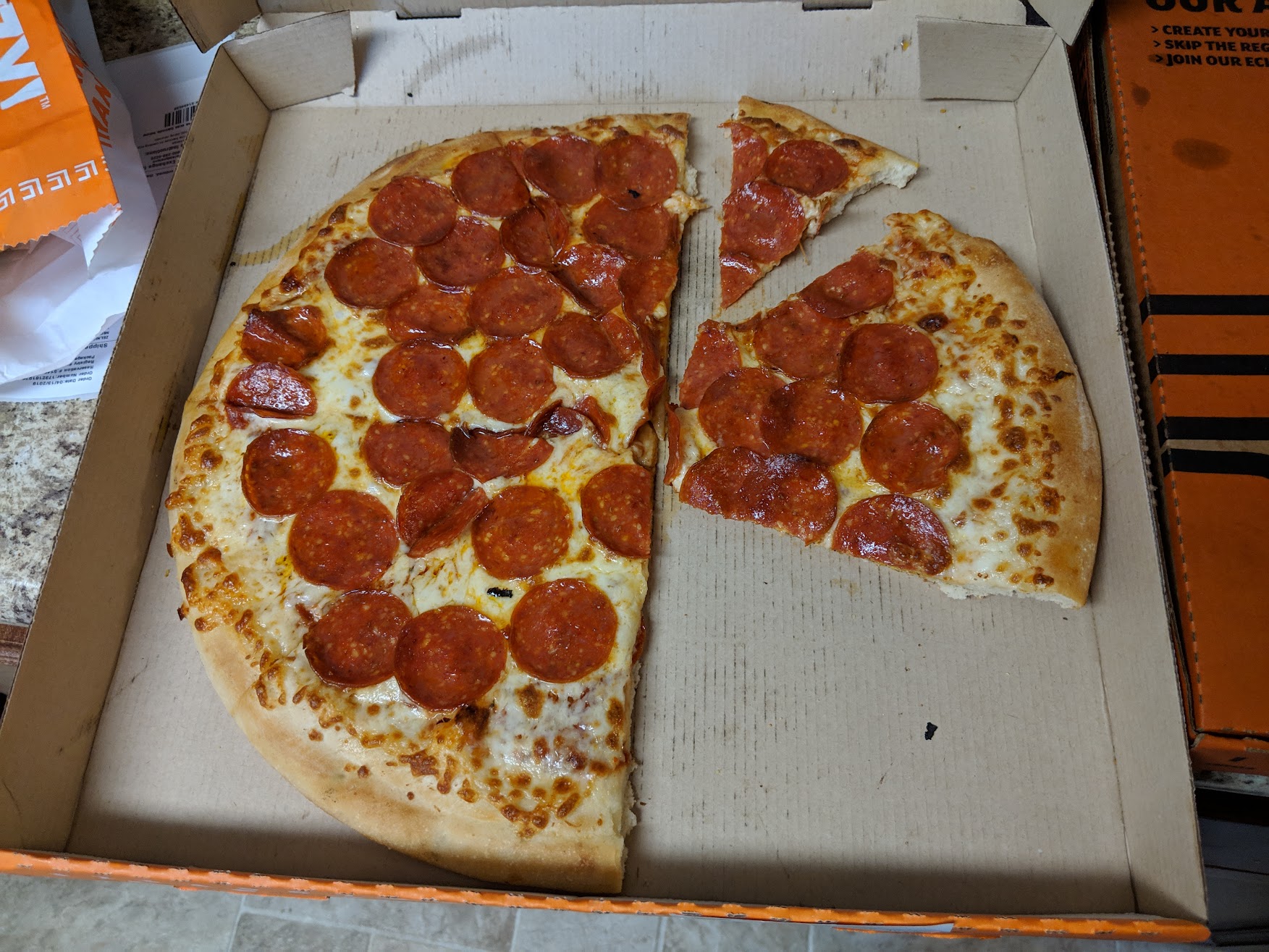 The afternoon was slow and I felt pretty crummy. I did replace a Chromebook screen after Ronda and I interrupted Jessica’s class by popping bubble wrap. I stayed late to take Autumn home after color guard practice, and we stopped by Little Caesar’s to get dinner on the way home. I appreciate when companies go out of their way to support and employ people with disabilities, but I wish they’d keep the blind guy away from the cut station.

After dinner, we finished I Am Legend, then finally watched a couple episodes of  Tommy’s Place. From there, I headed home for the evening, but spent most of it steam cleaning carpet stains. Split’s been throwing up a bunch lately, and I’m just sick of it. He’s about to go on a strict diet. I probably should too.

Summer’s resignation was posted in an email out to everyone today, so I guess it won’t be much longer before my changes are made known.

It’s going to be an interesting summer.