Heather met me at the junior high this morning, and we ran around working on a few of the individual work orders I had collected last week. It wasn’t much, but she did at least get to open up a computer to pull out a power supply. We, or I, should probably be going over some of them with more urgency, but summer is nearly here, and I’ve lost a lot of steam. Jesica was in town for a meeting and wanted to get lunch, so I met her at Stoby’s and we caught up a bit. 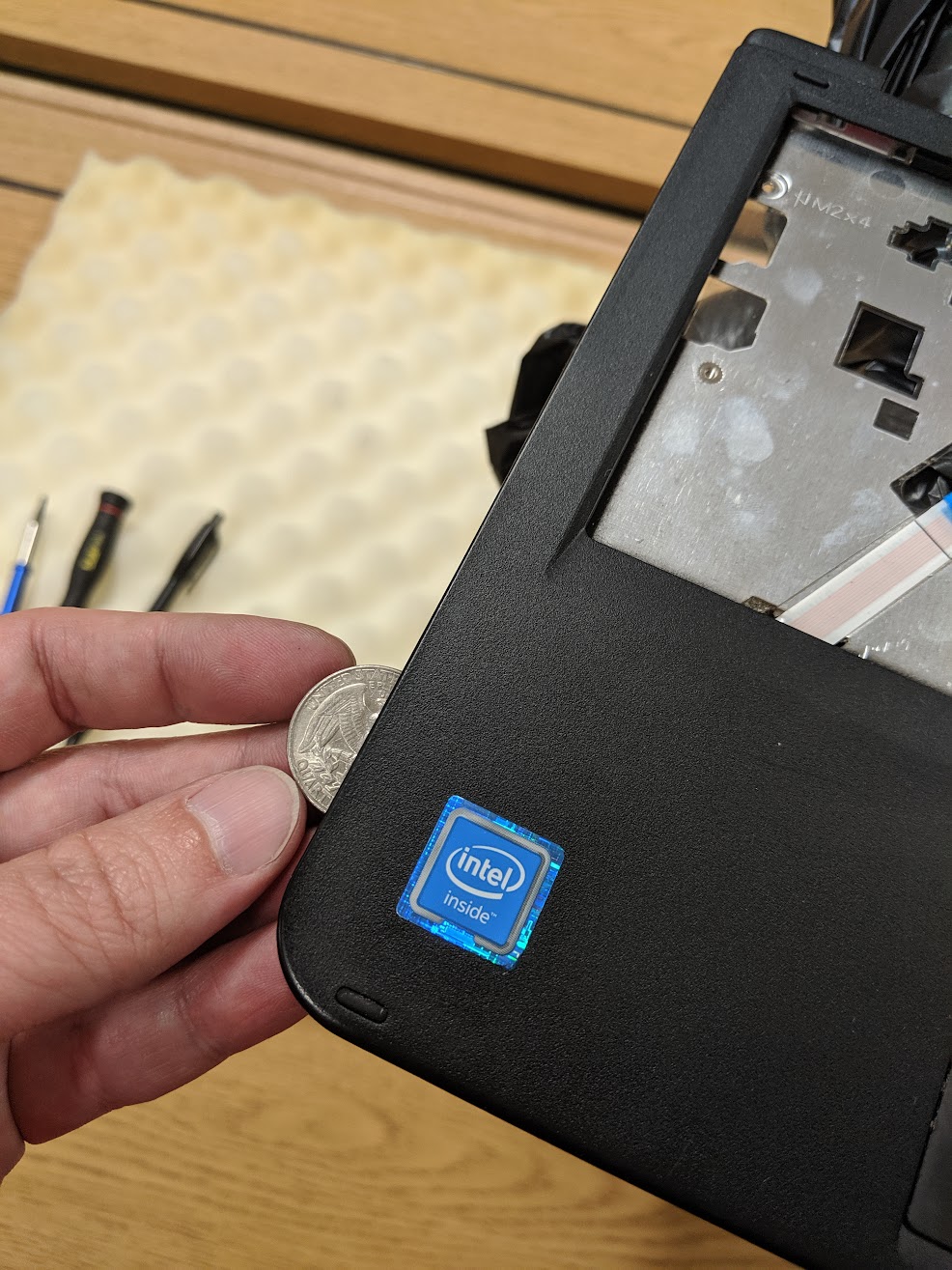 After lunch, I went to the high school and helped Dale out by doing a stack of keyboard bezels. Then we brought two more carts full of laptops to the office and stowed them away under the bins. It was tiring, boring, and thankless work, but evidently I have to do it now. I did pull a quarter out of one of the card readers, but I’m sure if anyone from central office had seen me earn that bonus, they would have relieved me of it. At one point we did get a little bit of excitement when Paul burst into the office asking what our IP was. After some digging and looking at the snipping tool clip of a screenshot he printed on paper, I discovered he had gotten a popup regarding a reset password. I was relatively certain he was crazy, but I gave him a couple pointers and sent him on his way. He came back just minutes later and asked us to come take a look at it, and left in an audible huff when Dale told him we were too busy at the moment. I honestly think there may have been tears. It must have been remorse for not paying attention, or not having a damn clue.

We left at the end of the day, feeling vaguely accomplished. I went home and tried to clean up a bit through a headache I had been incubating. I spent a bit of time on the aquariums, less in the kitchen, and a bit more on the computer. I’ve got to get things ready for the trip, but my travel anxiety is already well on its way. I ate my leftover beef spud from last week when I got home, but after wandering around the house for a couple more hours, I worked up enough of an appetite to run to my parents’ house for some more leftovers. They were watching Robin Hood: Prince of Thieves on TV, and they both had forgotten we had watched it before. It was one of my favorite movies as a child, and I thought we had the VHS, but it’s possible we had borrowed it from someone. I never remembered much of it myself for some reason, but I sure remembered those fire arrows!

Back home, I wound it down pretty quickly and headed to bed for a long sleep.